RICHMOND, Va. -- A puppy is back home Monday after her owners said she was shot by a Richmond police officer outside the family's Southside home Friday.

"All of a sudden I heard two gunshots like pow, pow. And I said, 'Wait a minute that's right at my back window,'" said Timothy Crumpler, "Elsa's" owner.

"I was sitting upstairs in my room and I just heard the gun shots -- pow pow. [There was] so much blood everywhere. I asked someone, 'What happened? They said, 'They shot your dog, they shot your dog,'" said Taquella Smith, Crumpler's daughter.

Cell phone video shows "Elsa" moments after the shooting that RPD confirmed that they are investigating, but cannot comment on until the investigation is complete. 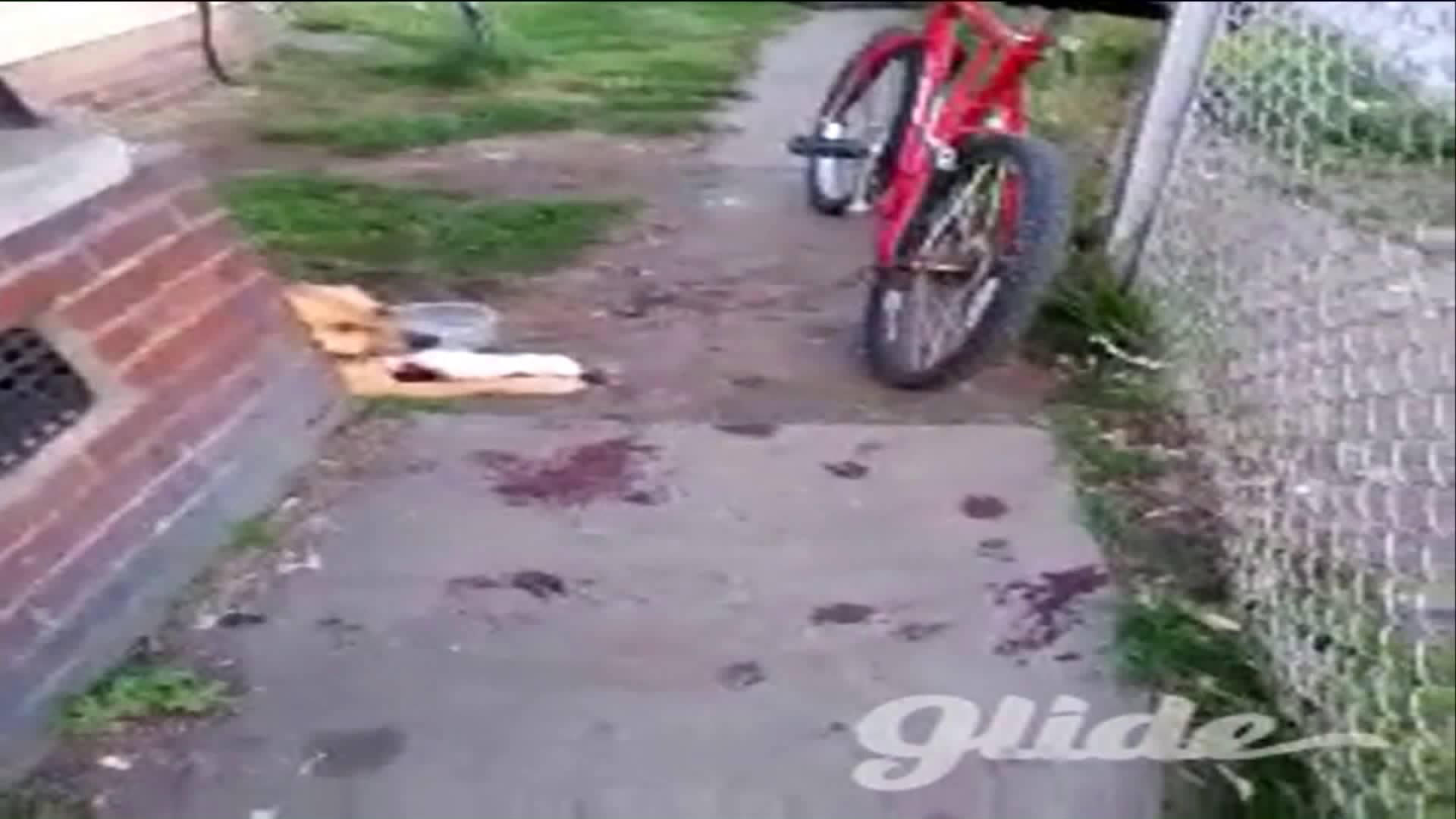 "Big hole about two inches in his foot and blew some of his toes off. I tried to put a tourniquet on to stop the blood," said Crumpler.

Elsa's owners say investigators told them the dog came out from underneath an abandoned home next door to them and attacked an officer, but they are disputing that.

"If you shot him all the way next door you gonna find something, a blood trail leading back to where I seen him at," said Crumpler.

The family drove Elsa to a Carytown veterinarian after they said Richmond Animal Control refused to take her. They claim they waited for RAC for an hour after "Elsa" was shot.

The dog's gunshot wounds to her paw required a $3,000 surgery the family says they can't afford. Therefore, they left her at the vet over the weekend to figure out what to do.

The family called WTVR CBS 6 News for assistance. After the vet tried to have RAC take custody of the dog, "Elsa" was then released without payment to her owner.

"Yes, we got our baby. I am so happy right now, but we still have a lot of work to get done she still needs surgery. But I am so happy she is coming home," Smith said.

Smith said that RAC told her they will be sending her a bill. Additionally, "Elsa" will need frequent wound care and surgery. Smith is looking for a hospital who will assist her with "Elsa's" needs.

Meanwhile, Smith's 10-year-old daughter, Makayla, is happy to have the dog she received for Christmas back home.