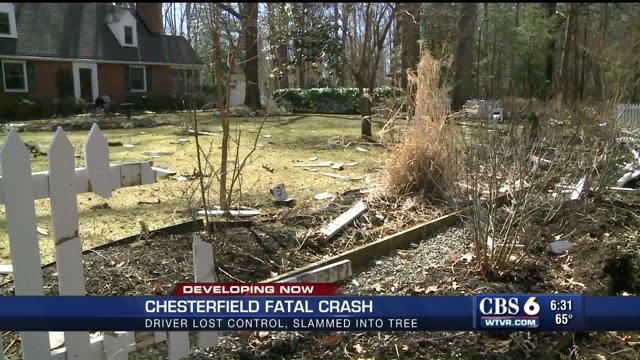 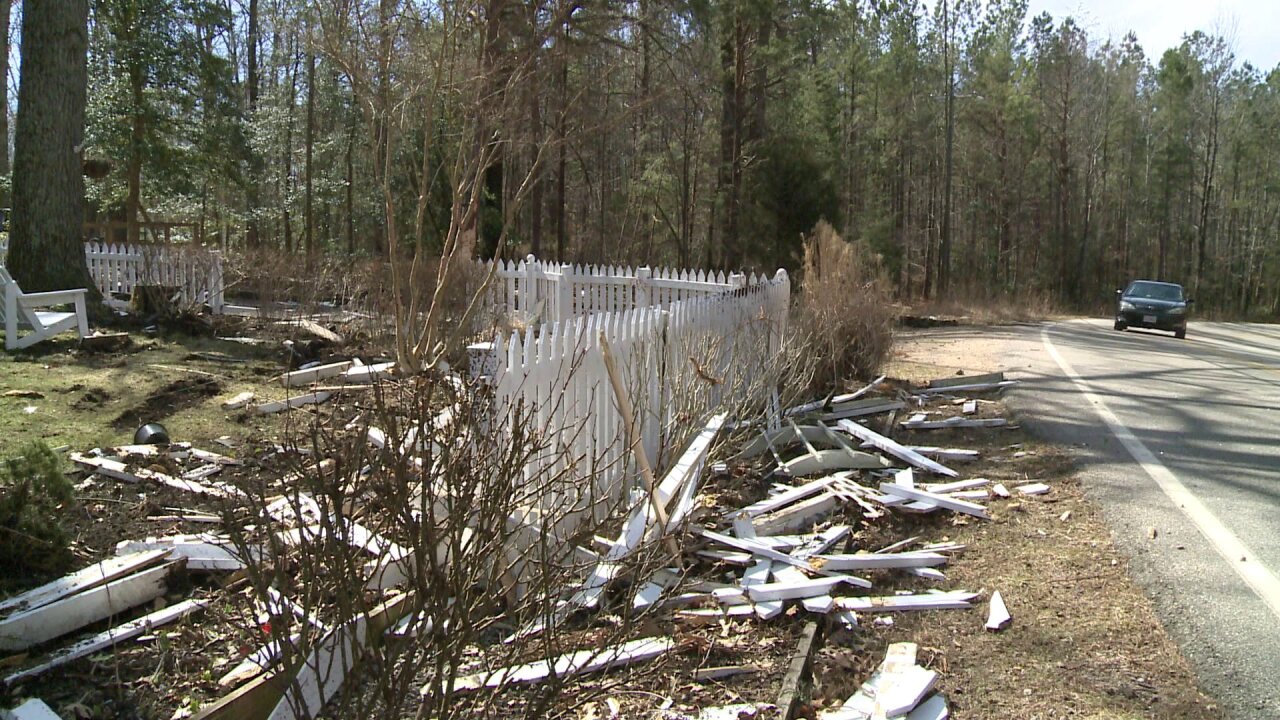 CHESTERFIELD COUNTY, Va. — Police identified the man who died after he ran off Winterpock Road, through a fence and into a tree Saturday night as 28-year-old Stephen H. Powell. Powell was taken to VCU Medical Center after the 9 p.m. crash where he was pronounced dead. The Chesterfield man lived less than four miles from the crash scene along the 11900 block of Winterpock Road.

Powell was the only person in the crashed Dodge Ram pickup truck, police said. The investigation into what caused the crash remained on-going.

Neighbors who live near the crash scene said speed limit and caution signs needed to be added along that stretch of Winterpock Road.