CHARLOTTESVILLE, Va. – Police released new surveillance pictures of Hannah Elizabeth Graham, as the search continued Monday night for the teen, who they believe went missing on her way home from a party.

The second year University of Virginia student was last heard from on September 13 when she sent a text to friends at about 1:20 a.m. Saturday.

Police said Graham left alone from the party at 14th and Wertland Streets, in an area not from her house which she knew pretty well. Around 45 minutes later police said Hannah texted friends with the message that she was lost in the same area.

"On Sunday, her friends and family realized that none of them had seen or had contact with her since Friday night and a call was placed to the Emergency Communications Center by her friends, reporting her missing," said Charlottesville Police Captain Gary Pleasants.

Sophia Lamrissi-Garcia spent last Friday night partying not far from her friend Hannah, at one of her sorority events.

She thought about walking home alone but she opted not to, she said. “Don’t know why, but I decided to take a cab.”

These pictures released by police are of Graham in her apartment building, around 9:30 p.m., the Friday she went missing. At the request of her family the address is not being released. 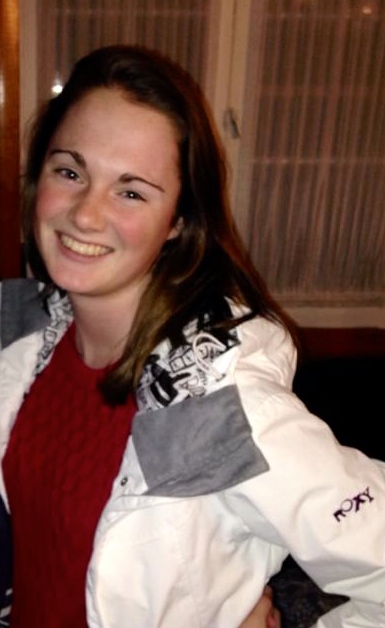 “At that point in the night you think you're doing the right thing walking alone but it's not always the right decision to make,” Sophia said.

The police presence and search team have startled students, some who say they are having a difficult time coming to grips with Graham’s disappearance.

“I saw her on Thursday...she seemed really happy,” said neighbor Sam Blum, who is also on the ski team with Graham.“…Downtown Charlottesville, I wouldn't expect that.”