RICHMOND, Va. (iPadJournos) – Dale Earnhardt Jr. may be his favorite NASCAR driver, but nine-year-old Jay Seward’s driving style is as unique as the number 88 car he drives for Arena Racing USA. The mini stock car series will have its final races of this season on Saturday at the Richmond Coliseum.

Jay’s driving style is unique as he has a genetic condition that prevents him from using his legs to drive. He started driving in the youth series, one of Arena Racing’s three main circuits, this year after one of the cars caught his attention.

“I was saving up for a four-wheeler because mine broke down,” Jay said. “We ran across a car and we decided to buy that, (but) my dad raced it last year since I wasn’t old enough.” 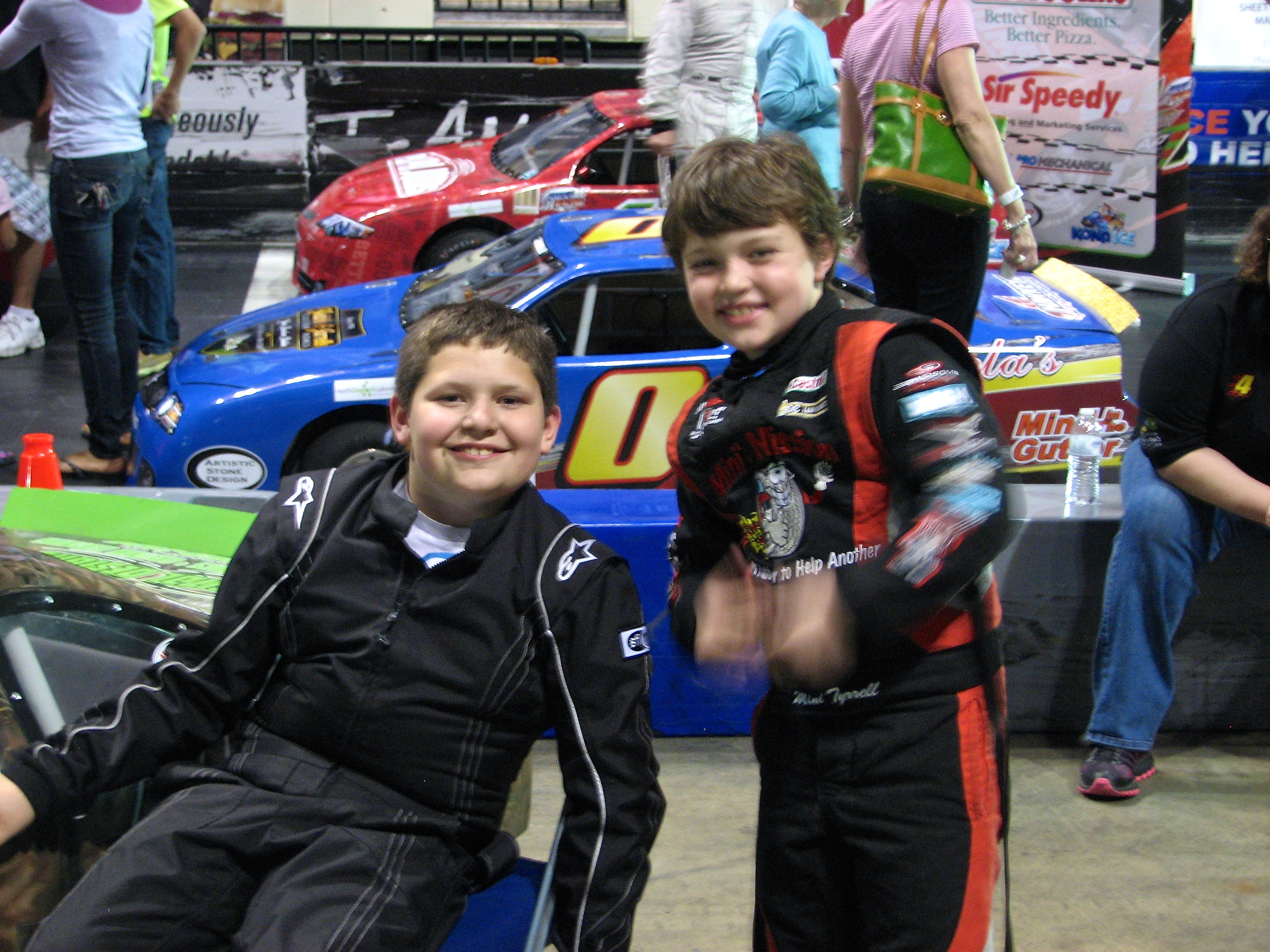 Jay suffers from spastic paraparesis, which causes progressive stiffness and contraction in the lower limbs of the body. But due to his drive to compete, many people have helped him pursue his dream of one day becoming a NASCAR driver by providing him with his own custom race car.

“I designed the first edition,” said Joe Covington, Jay’s crew member who has worked with NASCAR stars like Alan Kulwicki, Hermie and Elliot Sadler, and even Dale Earnhardt. “The brakes was not quite enough what it needed, so (we) got some more stuff and we redesigned it again.”

Jay’s car has been customized to better suit his needs and can be seen as part of a larger trend that is allowing more handicapped individuals to get behind the wheel of regular street cars.

“He uses the left hand for the throttle, squeezing it with his index finger,” said Covington. “This design now, he has to take his right hand off the wheel to brake, which most times if you’re breaking you’re stopping, so you’re not really in a panic situation.”

Besides facing difficult adjustments growing up with this hereditary disease, Jay may not have noticed any difference driving with hand controls, since four-wheelers are similar. But it was an adjustment for the rest of his team when designing the car. But the team has adapted quickly.

“The feel, [it] doesn’t have the feel. Just so far as it’s all in his hands, the feel has got to be a lot different and [a] nine-year-old kid getting in those cars, they’re going real fast for nine-years old and a little bit of experience,” said Adam Styron, Jay’s spotter, the crew member positioned at the top of the grandstands who relays information to the driver and keeps them aware of their surroundings on the track.

Jay said that he races not just for fun, but to deliver a message to others facing similar circumstances.

“I just want to show other kids that it’s not impossible, you just have to put your mind to it,” he said.  His message to other children in similar situations who want to get into Arena Racing is that “it’s not impossible.”

Nobody has noticed the impact that racing has had on Jay more than his mother, Karen Seward, who also suffers from spastic paraparesis.

“This has really boosted his confidence. He’s able to go to school and be proud that he’s a race car driver. And they may be able to play basketball, baseball, football and all of that, but this is something that he’s no different from any other person on this track when he’s in that car,” Seward said.

Jay will participate in his last race of the season on Saturday, May 3. The car show starts at 3 p.m., the races at 7 p.m.

By Ben Billmyer and Ember Casler, Special to WTVR.com

This story was reported by journalism students from VCU’s Richard T. Robertson School of Media and Culture.