CHESTERFIELD COUNTY, Va. (WTVR) - A vigil was held Sunday evening to celebrate the life of a Cosby High School student killed in a car wreck in Chesterfield County.

Police said three others inside the 2007 Mazda were hurt when the vehicle ran off Woodlake Village Parkway near Clipper Cove Road and hit a tree Friday around 10 p.m.

Chesterfield police confirmed 18-year-old Tyler Patnaude of Chesterfield County died in the wreck. The driver and two other passengers were transported to the hospital with non-life-threatening injuries.

Patnaude was a senior at Cosby High School and was a strong believer in his faith, according to friends of the people in the crash.

"He was the kind of person where if you would see him, you would just smile," friend Raphaela Detiger said. Detiger said the teen also loved the water and sailing.

Tyler, who grew up in Texas, moved to Virginia two years ago.

At the Woodlake Pavilion Sunday evening, a sea of red was worn in Tyler’s honor as family and friends lit candles, hugged and shared stories. 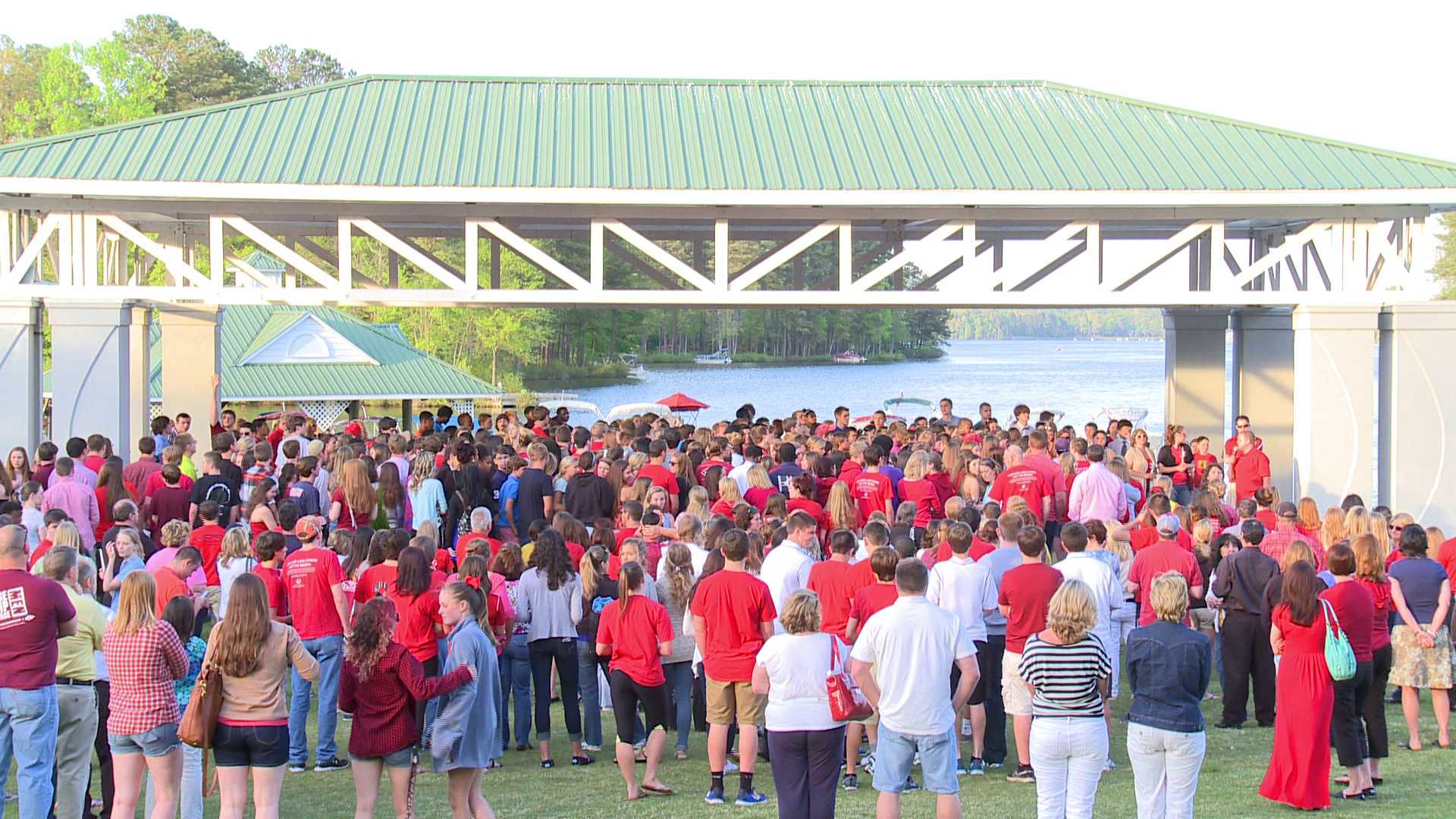 The Patenaud family, linked by arms and prayers, said they hold no ill wishes to the driver or to the other young men in the crashed car – and are grateful they sustained only minor injuries. Police are still investigating what caused the crash.

Those gathered at the vigil said the water is a perfect place to mourn because Tyler loved sailing.

"I loved every minute of it. He was such a good friend to me,” said one of Tyler’s friends. “We love him so much and we miss him.”

A memorial service for Tyler will be held at the Clover Hill Assembly of God in Midlothian Tuesday at 3 p.m.