Bloodhound picks up scent of missing Richmond man near canal 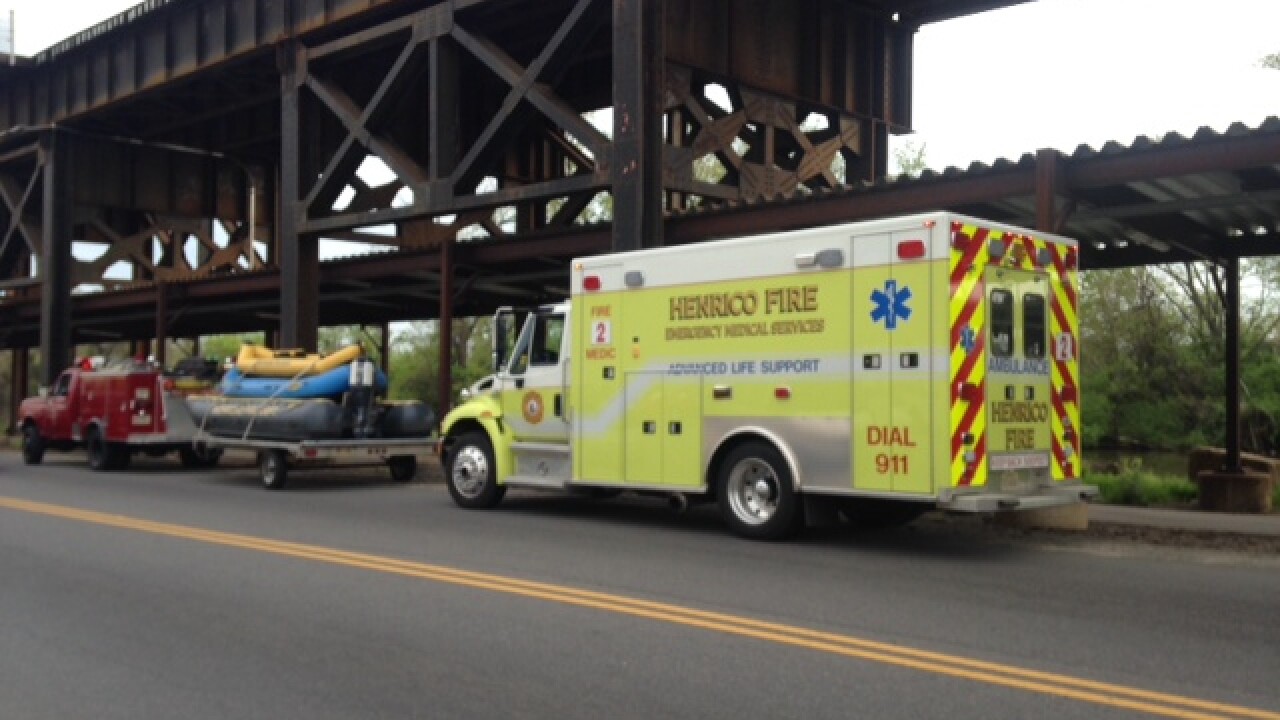 RICHMOND, Va. (WTVR) --Detectives with the Richmond Police Department will consider lowering the level of the canal near 21st and Dock Streets in an effort to try to find a man who has been missing since early April.

Richmond Police and Henrico Water Rescue traversed the canal beneath I-95 for signs of Randall Collins on Tuesday afternoon.

Richmond Police have confirmed with CBS 6 that this search is related to the 24-year-old man who vanished after leaving a Shockoe Bottom club earlier this month.

Police said they presented a bloodhound with one of Collins’ shirts Tuesday afternoon at the Canal Club. The dog picked up on the missing man’s scent, and on two separate occasions, tracked it to the same spot along the canal at the water’s edge.

“[That] raised some hopes that maybe we would be able to solve this missing persons case,” Gene Lepley, Public Information Officer for the Richmond Police Department, said.

“It’s just so unlike him, he always calls,” Owens said.

“The next thing I thought I was going to hear was that the body of a young man was found…and that it was my grandson,” Owens said.

Owens said her beloved grandson suffers from a seizure disorder brought on by alcohol use, and she wonders if that has anything to do with his disappearance.

“We were hoping this would be the one that solved the mystery for us, but it turned out not to prove out,” Lepley said.

While the family also wants the mystery solved, Owens said she is thankful this was not the night she learned her grandson was gone forever.

“I know it’s a possibility, but I’ll have to deal with that later.  To me, it’s still too soon,” Owens said.

Lepley said the department is “not really looking at foul play” being involved in Collins’ disappearance.

Collins, of the 1500 block of N. 20th St., was last seen leaving the Canal Club in Shockoe Bottom late at night, Saturday, April 5.

His family has received unconfirmed reports that after leaving the Canal Club he either got into a car with two black males or he may have walked towards Church Hill.

Collins suffers from seizures which require medication to control.

Anyone who may have information about the whereabouts of Randall Collins is asked to call Major Crimes Detective William Brereton at (804) 646-5034 or Crime Stoppers at 780-1000. Citizens can also text Crime Stoppers at 274637, using the key word “ITip” followed by your tip. Both Crime Stoppers methods are anonymous.

We will continue to update this story as more information is made available.