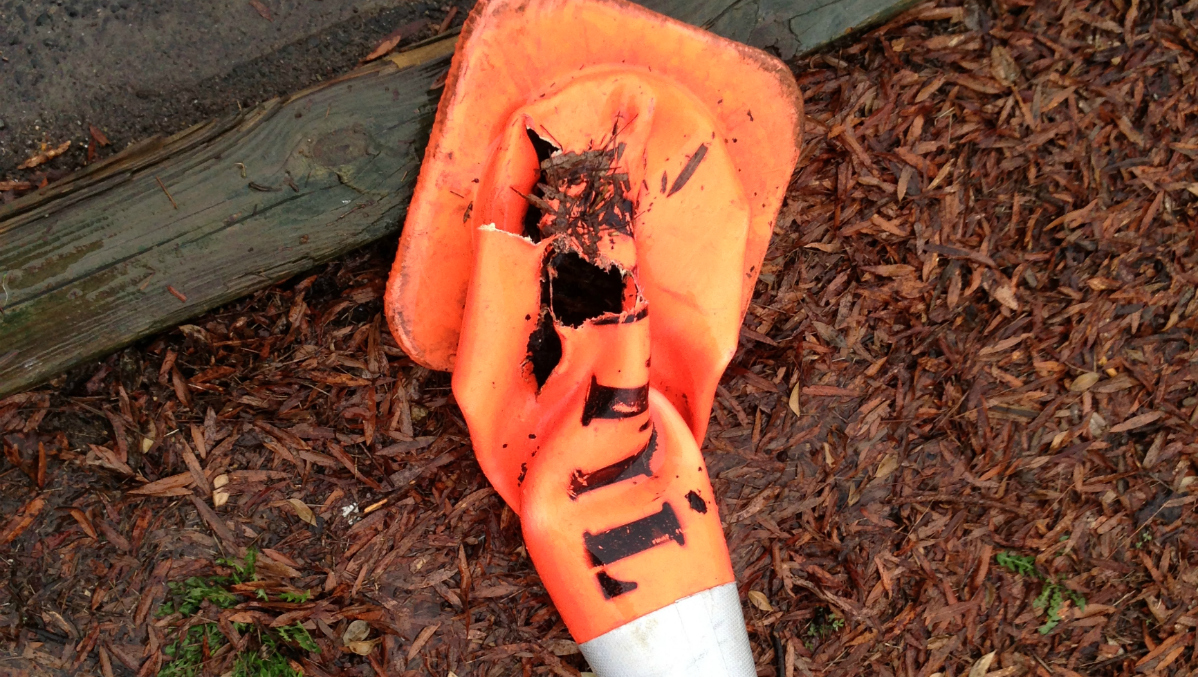 About 10 minutes later, fire crews were alerted to a vehicle fire at Hanover Ave. and Cambridge Pl. Around the same time, police discovered a traffic cone on fire on Royal Oak between Jefferson Ave and Washington Ave.

“All the fires were quickly extinguished,” Boisseau said. “An investigation could not find any accidental causes for the trashcan or traffic cone.  The vehicle fire cause is pending further investigation.”

News of Monday’s fires comes after some Colonial Heights business owners raised concerns over a recent spike in vandalism.

In January, detectives arrested and charged three people with defacing signs, buildings and a police cruiser.

Investigators believe the three suspects could be involved in as many as 32 reported vandalism cases in Colonial Heights.