When will the snow start? Here’s an hour-by-hour breakdown

RICHMOND, Va. (WTVR) – Accumulations for Monday’s winter storm are a tough call, due to the fact that we expect an extended period of sleet in metro-Richmond, however the potential exists for a 4-7 inch band of snow and sleet accumulation to set up over the Metro and points north.

Scroll through these forecast graphics for an hour-by-hour breakdown from the CBS 6 Storm Team. 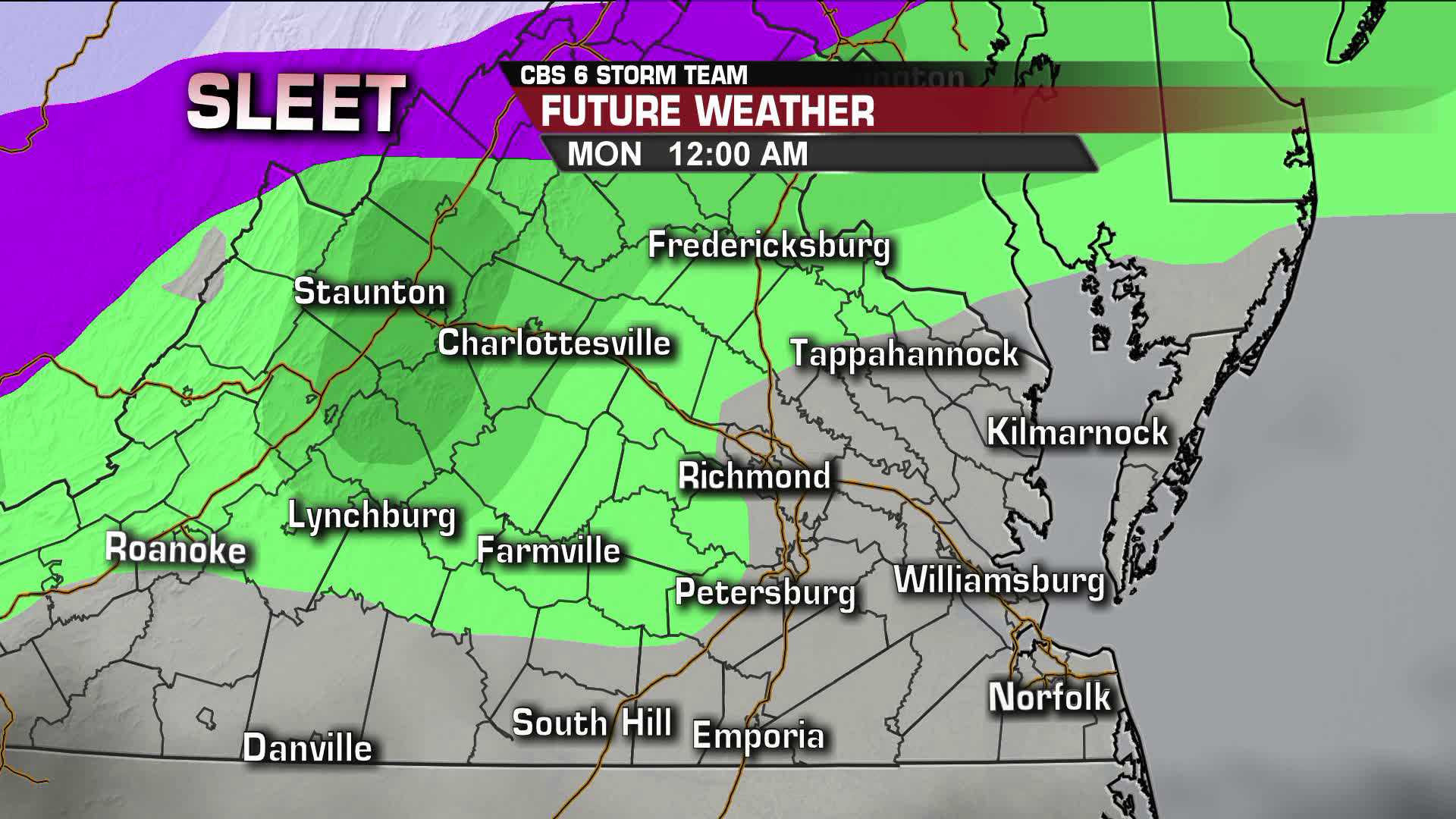 The farther south you go, the more sleet and mixed precipitation will be involved, holding down accumulation totals.  Well north and west of the Metro, from northern Caroline west to Louisa and Charlottesville and points north, more than 7″ appear fairly likely.  The heaviest snow will occur across extreme northern Virginia, where isolated one foot totals are possible.