A Richmond ‘Landmark’ gets a new name — again 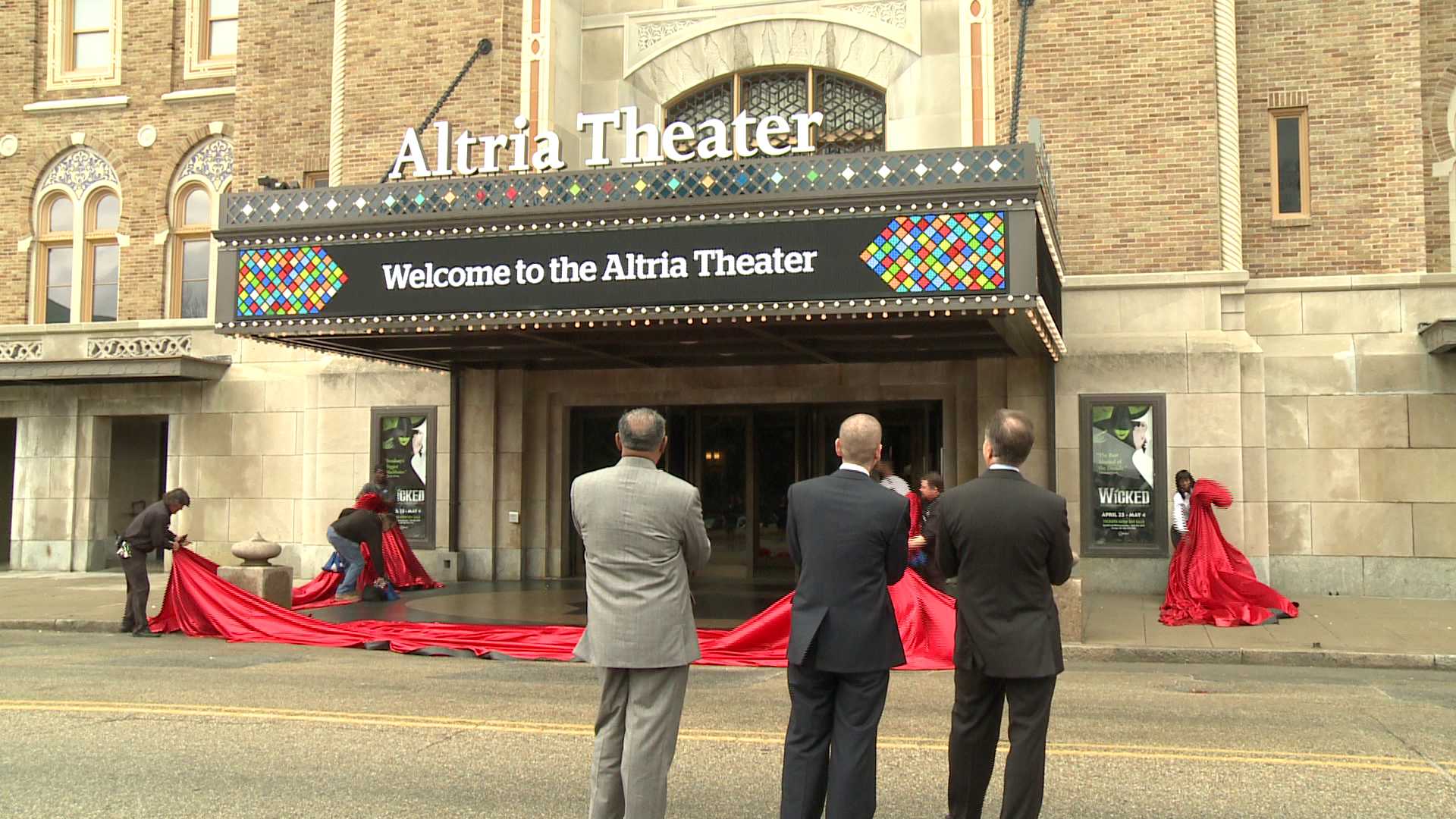 The theater formerly known as the Landmark was officially renamed Altria Theater on Friday. The Henrico-based company and parent company of Philip Morris USA, the nation’s largest cigarette manufacturer, paid $10 million toward the theater’s more than $60 million renovation.

“We recognize the long term viability of this theater depended upon the ability to renovate it”, Richmond Mayor Dwight Jones said. “We also recognize that a key component of that strategy was the naming rights.”

Renovations were done in phases to allow the theater to remain open for performances. Renovations are scheduled to be completed by November.

“This is our hometown”, , Altria Chairman and CEO Marty Barrington said. “This is our headquarters now. This is where we have thousands of employees, business partners. Retirees live and work here and we want to share this moment with them.”

The $60 million renovation included upgrading the building’s mechanical, plumbing and electrical functions, according to Jay Smith with Richmond CenterStage. Other updates include an expanded restroom, new seats, improved acoustics and a new box office section.

In August 2013, the removal of the Landmark Theater’s historic Wurlitzer organ proved to be a controversial move.

The building will close again for a short time this summer for work on elevators, the stage and sound system.

Richmond taxpayers pitched in $14 million towards the renovation. The Richmond Center Stage Foundation's endowment campaign will continue to raise money for the theater.