Another round of precipitation Monday

RICHMOND, Va. (WTVR) -- A storm system impacting the Midwest and the Great Lakes will swing a cold front through our area.  Ahead of this front, highs hit the 60s and lower 70s Sunday afternoon.  As the front settles into the area, colder air will seep into the Commonwealth from the northwest.  An area of low pressure developing along the front will bring a good shot of precipitation by around daybreak Monday. 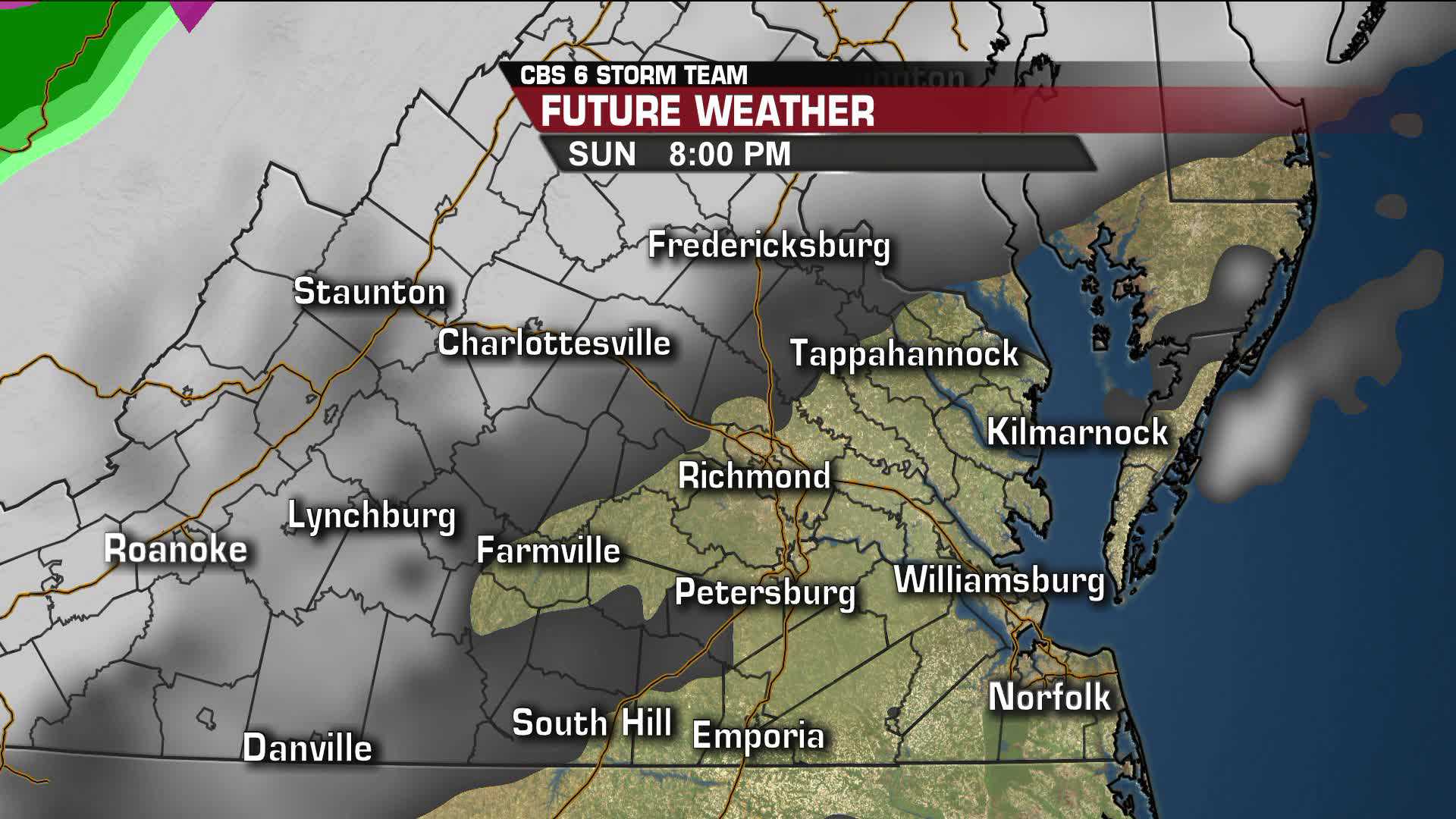 By the morning commute, heavier rain will be moving from western Virginia towards I-95. Colder air will start filtering into our far northwest counties, where some snow will mix in.

By midday, that colder air sinks a little farther south and east, so places like Charlottesville and Fredericksburg may see a change to snow.  For metro Richmond, there may be some snowflakes mixed in with the rain and if the colder air can move south before the precipitation tapers off.

Any accumulations that do occur north of I-64 will be light.  More significant snow is possible over far northern and northwestern Virginia.

A significant rainfall in a short period of time will occur the first half of Monday.  Many of our computer models are showing the potential for over an inch of rain, but the consensus is for at least 1/2" to 3/4".

The precipitation will end by late afternoon, followed by dry weather Monday night into Tuesday.

Our next system will move in Tuesday evening into Wednesday.  That one will be primarily rain, but northwest Virginia could see it begin as freezing rain.

A third storm will move in late Friday into next weekend.  This will be another mainly rain event, but there could be a period of freezing rain for much of the state.  We will continue to update you on that this week.

Stay With CBS 6, We'll Keep You Ahead of the Storm