No fire hydrants close to Chesterfield barn that burned

The closest fire hydrant sits about one mile from the barn.

"We called in some extra water tankers that carry approximately 1,800 gallons of water," Chesterfield Fire and EMS spokesman Lt. Jason Elmore said. "We also called in a crew from the City of Richmond to shuttle water from the nearest hydrant." 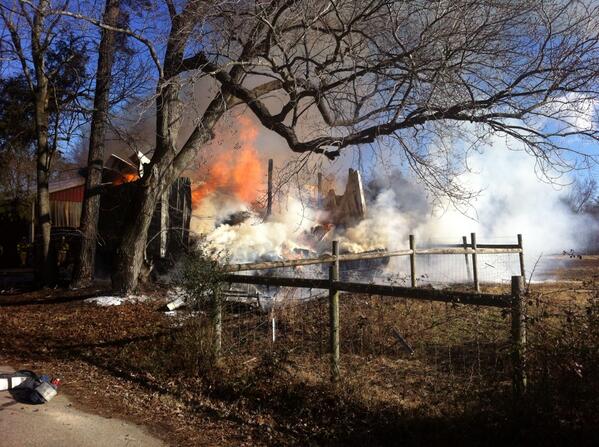 No people nor animals were hurt in the fire.

"I was afraid some cows may be in there and they got about three or four donkeys that stay in there when it's windy," neighbor Marie Driggs said. Driggs called 911 to report the fire.

"I said it's just a-blazing, y'all need to send somebody right away," she recalled.

Investigators are working to determine what started the fire.