"On November 21, between 5:30 and 7 p.m., three vehicles were broken into by the suspects by smashing the windows," Hanover County Sheriff's Lieutenant Chris Whitley. "One occurred in the 7300 block of Bell Creek Road, and two occurred in the 8000 block of Rutland Center Boulevard."

Sources told CBS 6 the break ins happened once at a Gold's Gym in Hanover County as well as three times at a YMCA nearby.

Lt. Whitley said whenever crimes happen there's increased patrols in that area. However, he said during the holidays, there's even more patrolling.

"But during the holidays this is actually our 14th year we've implemented our citizens courtesy patrol, so its not unusual for us to have extra man power targeting business and commercial retail areas," said Lt. Whitely. 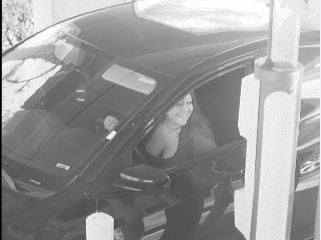 Whitley said the suspects stole purses and other valuables left in plain sight.

"They [the suspects] are believed to be driving a black Dodge Dart with tinted windows," Whitley said. "The suspects are also believed to be stealing license plates from other vehicles prior to committing the crimes to avoid detection."

Lt. Whitely reminds people to always keep valuables out of the car, or inside the trunk where it's not visible.