Chesterfield police said the incident started when the driver of a Dodge pickup truck slammed into a building in the center of Hopewell and took off.

As officers responded, the driver rammed head-on into a Hopewell police officer's cruiser. The officer opened fire as the vehicle spun away.

Officials said about two or three blocks away, another Hopewell officer was waiting for the suspect. But the pickup driver again rammed the officer's car. As a result, that officer also fired shots at the vehicle as it drove away.

Police chased the driver down Route 10 before he came to a stop along the road near the Hopewell-Chesterfield County line.

That's where the suspect climbed out of the truck, which Joe St. George reports was riddled with bullet holes.

Officers attempted to use a Taser on the suspect, but discovered he had already been shot in the elbow.

The suspect, who was arrested on the median, was taken to VCU Medical Center with non-life threatening injuries.

Additionally, both officers that were hit by the truck were also taken to the hospital.

"The first officer is still being checked out. He may have some broken bones. The second officer may have a bump to his knee,” Hopewell Police Chief John Keohane said.

Keohane also said one of the officer's cruisers, seen in photos with a damaged front-end, was totaled in the crash.

Virginia State Police are leading the investigation into the incident.

This is a massive crime scene here in downtown hopewell. Awaiting more info from sgt...several streets blocked off pic.twitter.com/FlxbrIxzO1

Check back with WTVR.com and stay with CBS 6 News  for updates on this story. 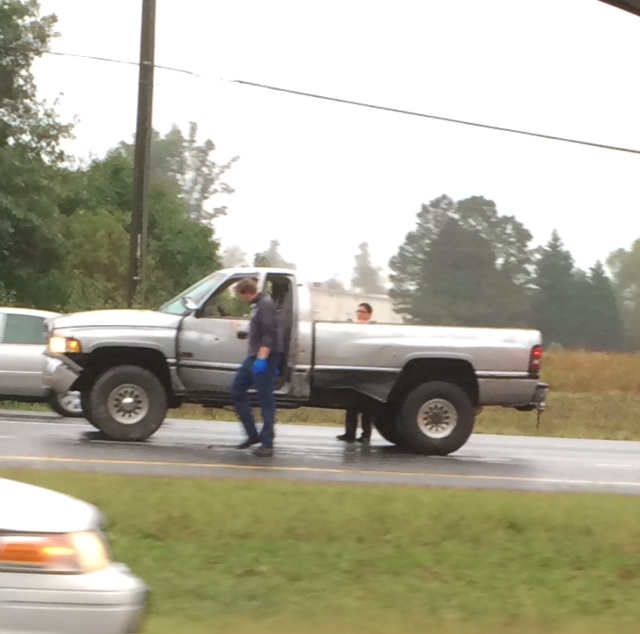