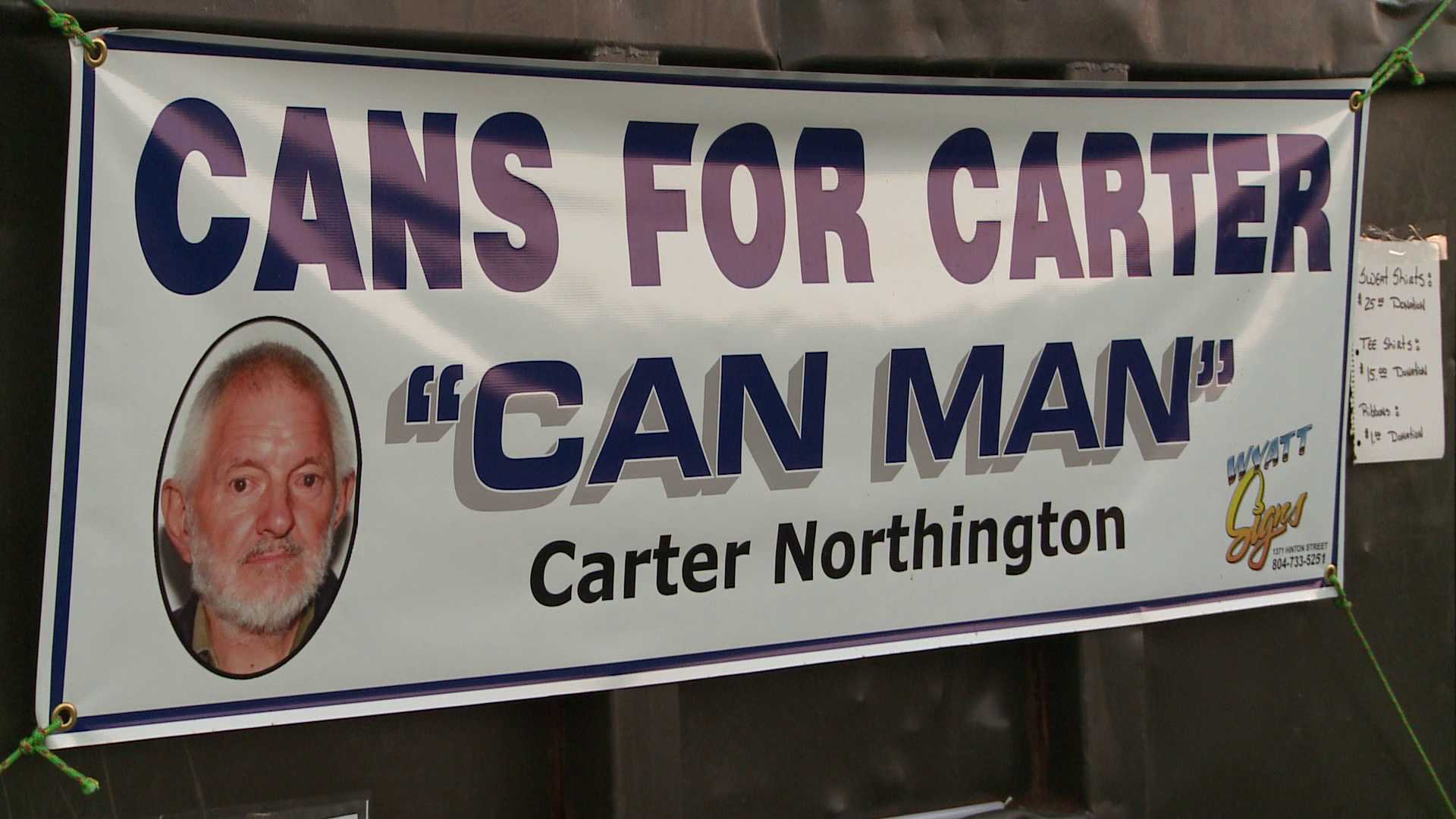 DINWIDDIE COUNTY, Va. (WTVR) – Money collected after the murder of a Dinwiddie man has been donated to three charities with law enforcement ties.

Members of the community donated hundreds of aluminum cans following the Sept. 2 beating death of Carter Northington. Northington was known as “Can Man” because he collected cans to recycle.

Money raised from the recycled cans was originally going to fund a reward to help find Northington’s killer. It was later determined the money would help Northington’s family cover funeral costs.

“Sheriff Duck Adams wants to thank Mrs. [Frances] Clark and Mr. Perkinson for their generous gifts to these charities,” the Dinwiddie Sheriff’s Office said in a statement. “He also wants to thank the many citizens who donated cash and aluminum cans to the fundraising efforts. Without the overwhelming support from the public these donations would not be possible.”