NTSB: No distress call prior to UPS cargo plane crash

BIRMINGHAM, Alabama (CNN) -- The pilot and co-pilot of a UPS cargo plane did not issue a distress call prior to crashing while on approach Wednesday to Birmingham's airport, a National Transportation Safety Board official said.

While UPS said the status of its crew remained unconfirmed, Birmingham Airport Authority Chairwoman Gaynell Hendricks and the city's mayor confirmed the pilot and co-pilot died in the crash.

The plane, an Airbus A300-600F, broke into pieces, spreading the majority of the debris over an area of about 300 yards, said Robert Sumwalt of the NTSB. A photograph provided by city officials shows the crumpled front portion of the plane resting in a debris-strewn field.

The plane, which took off from Louisville, Kentucky, went down around 4:45 a.m. on a street that runs parallel to the Birmingham-Shuttlesworth International Airport, Mayor William Bell said.

The location is about a half-mile north of the runway, FAA spokeswoman Kathleen Bergen told CNN.

NTSB investigators have yet to retrieve the cockpit and voice recorders of the plane because the wreckage is still smoldering, Sumwalt said. Once the fire is out, authorities will retrieve the recorders, he said.

Even so, investigators have begun working to piece together what led to the crash.

The crew did not issue a distress call, Sumwalt said, confirming what the mayor said earlier.

The crew did not report any trouble, Bell said, citing conversations with control tower officials. Light showers and a visibility of 10 miles were reported in the area of the airport at the time of the crash, according to CNN meteorologist Dave Hennen.

A spokesman for Bell, the mayor, confirmed late Wednesday morning that no buildings were hit and no one on the ground was injured.

Alabama Power cut electricity to about 140 buildings near the crash site as a precaution, utility spokesman Michael Sznajderman told CNN. 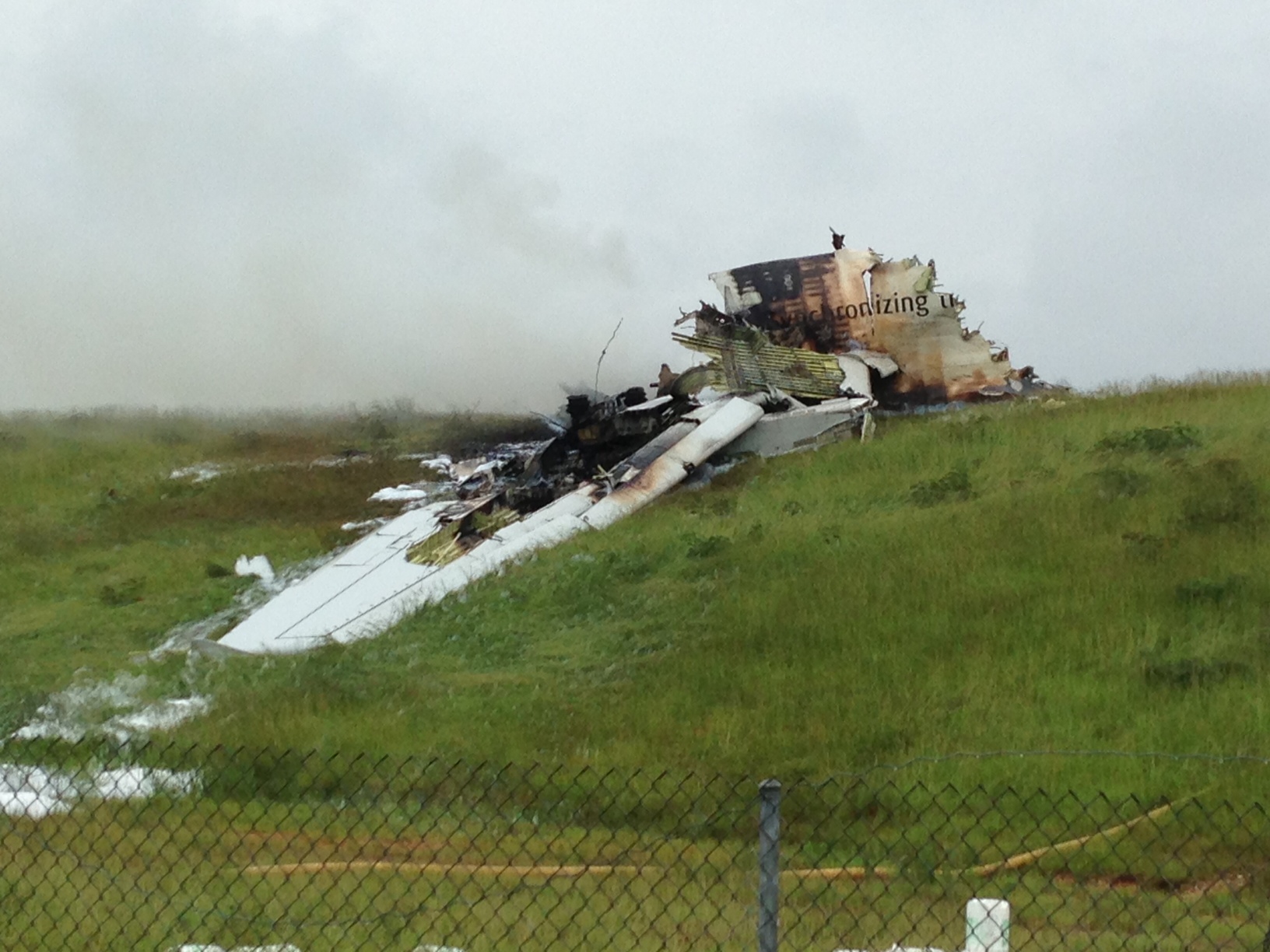 Witness Peter Torres, a Civil Air Patrol member who said he is a former airline mechanic, said he thought he heard what sounded like a backfire from the jet's engines as the plane passed overhead. He rushed to his window.

"I saw the flash," of an apparent explosion, he said, followed by a "boom" that shook his home.

Airport neighbor Sharon Wilson told WBRC the plane seemed lower than usual for flights into the airport and sounded like it was sputtering as it flew overhead.

"We heard this loud boom, like, jump up out of your bed," she told the station.

"This incident is very unfortunate, and our thoughts and prayers are with those involved," UPS Airlines President Mitch Nichols said in a statement.

The plane that crashed Wednesday was built in 2003 and had 11,000 hours in the air spread over 6,800 flights, Airbus said in a news release.

Wednesday's crash is the second involving an A300 in the United States. In 2001, an American Airlines A300 crashed in the Belle Harbor neighborhood of Queens, in New York City, shortly after takeoff from John F. Kennedy International Airport.

All 260 people on board the plane, as well as five people on the ground, were killed.

The cause was ultimately attributed to pilot error, according to the NTSB, which said the first officer put excessive pressure on the rudder pedal, causing the separation of the vertical stabilizer.

The Birmingham crash is the second fatal accident involving a large jet in the United States since early July, when an Asiana Airlines Boeing 777 crashed on landing at San Francisco International Airport. Three people died.

Investigators traced the crash to a large fire in the cargo hold, which included a number of flammable lithium batteries, according to the country's General Civil Aviation Authority.

In 2006, a McDonnell Douglas DC-8 flown by UPS caught fire after landing at Philadelphia International Airport. Three crew members on the plane evacuated with minor injuries, according to NTSB records. Most of the cargo was destroyed.