Ronney Lee was heading north on Interstate 95 near VCU Medical Center in Richmond when he said a tire flew off the tractor trailer in front of him and slammed into his truck.

"All I saw was flashes. I thought I was dead,” Lee said after the crash. “If it weren’t for the air bag that saved me, I might be dead right now.” 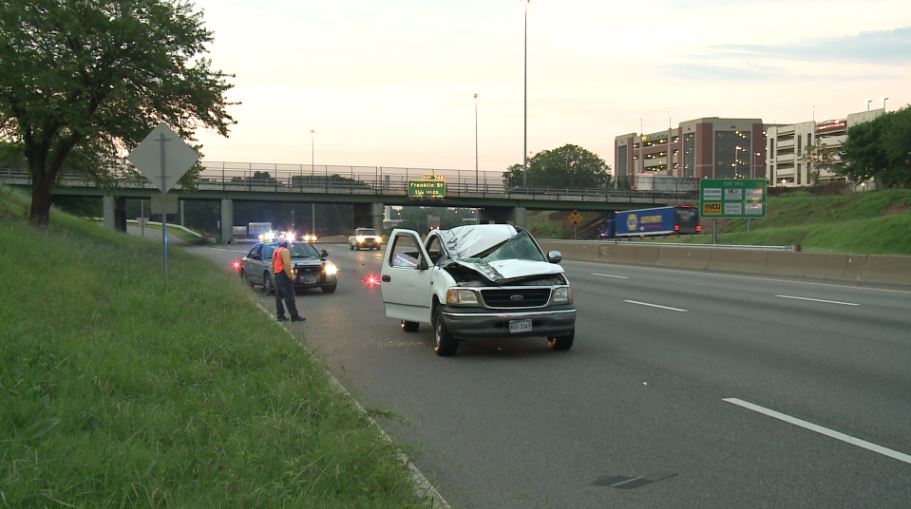 State Police are investigating the incident.

"At 5:47 a.m. this morning, state police were called to the scene on Interstate 95 northbound at the 76 mile marker in the City of Richmond after a tire on its rim came off of a tractor-trailer and struck two vehicles," Virginia State Police spokesman Sgt. Thomas Molnar wrote in an email. "State Police is continuing its investigation and following up on leads on the tractor-trailer."

No one was seriously hurt.