WASHINGTON (CNN) — Officials said the chamber containing the Lincoln statue at the Lincoln Memorial, which was vandalized overnight, was reopened Friday.

The memorial’s portico — the columned area outside the chamber — should be reopen before that, in the late morning, she said.

Workers are cleaning the paint that had been splashed onto part of the marble statue, she said.

Vandals splashed green paint on the base of the statue overnight, prompting officials to temporarily close the marble fixture on Washington’s National Mall, authorities said.

Police were alerted just before 1:30 a.m. and found paint splattered on the leg and base of the 19-foot-tall statue of Abraham Lincoln, U.S. Park Police Capt. Steven Booker told CNN on Friday. There were no discernible letters or markings.

The memorial will be closed until it is cleaned up, Booker said.

The memorial, one of the more iconic features of Washington, honors the 16th U.S. president. The marble statue of a seated Lincoln resides in nearly 100-foot-high columned marble building facing the U.S. Capitol and the Washington Monument.

Dedicated in 1922, it has been the site of a number of protests and gatherings, including the 1963 March on Washington, during which Martin Luther King Jr. gave his famous “I Have a Dream” speech from the steps of the memorial.

CNN’s Diane Ruggiero and Jason Hanna contributed to this report. 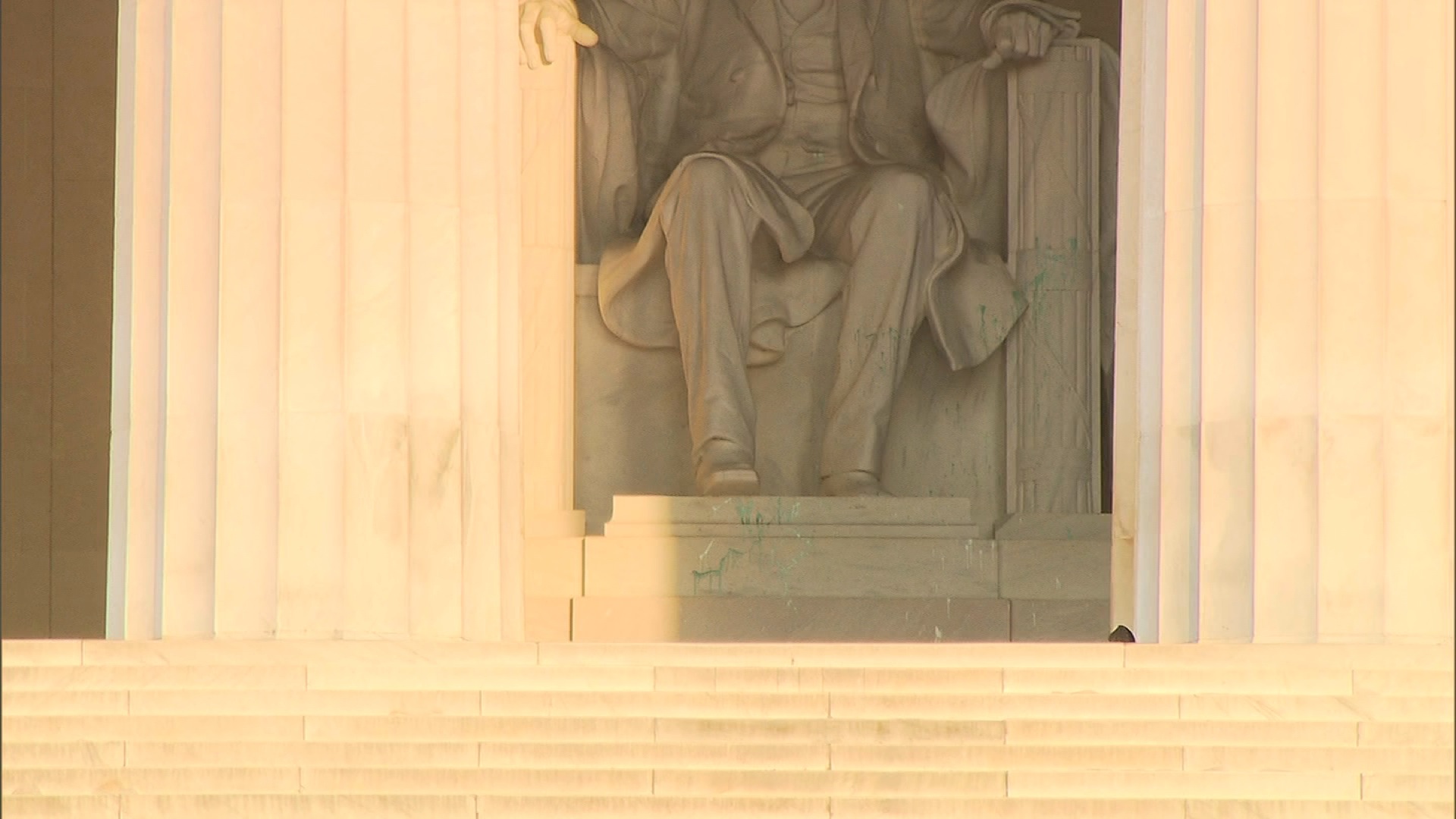