In July, it will be passes and punts. Right now the 15 acre site consists of a lot of construction hats and concrete.

Against the backdrop of construction noise, city, state and Redskins team leaders thrust shovels into piles of dirt. The ceremonial groundbreaking of the Bon Secours Washington Redskins Training Center got underway on the 15 acre site behind the Science Museum of Virginia. When it opens it will welcome the team for the next eight Julys.

Redskins General Manager Bruce Allen says, “We’re building a better facility for the fans. It will have better sightlines than our current training camp. I think it will give fans from Charlottesville and beyond a chance to attend training camp.”

Richmond Mayor Dwight Jones says, “I’m so excited I could dance. This is Redskin’s country. I can’t wait for July.” 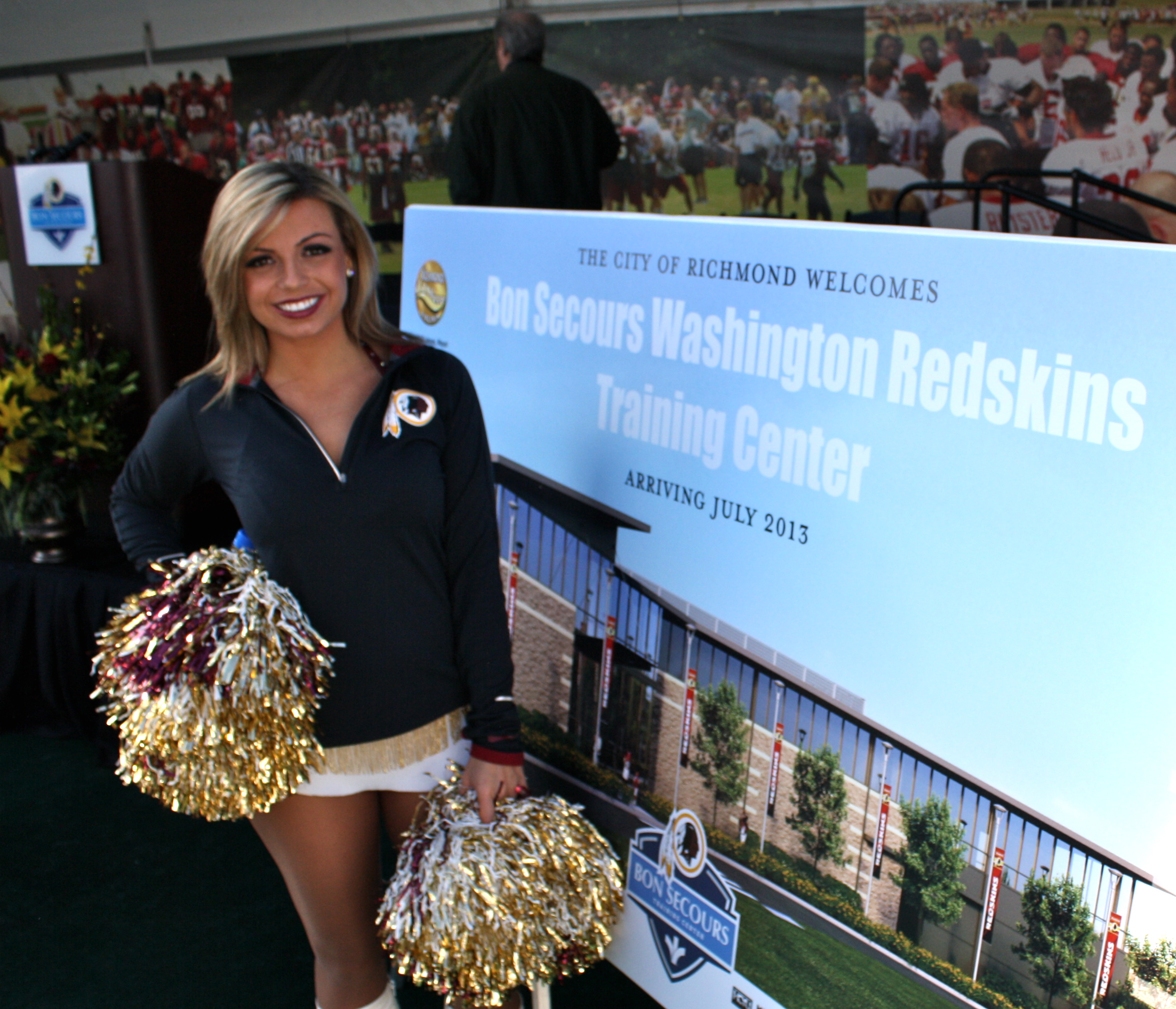 Construction didn’t stop during the ceremony. Crews are on a tight deadline. The team estimated 100,000 fans will descend upon the city in five months.

We asked Mayor Jones about the awarding of construction contracts. He tells CBS6 the contracts are in the attorney’s hands and will be made public soon.

During the 49 other weeks that the Redskins will not be in town the training facility and locker rooms will be available to youth programs and competitions.

Redskin fan and father of two Anson Bell from Richmond says he will attend Redskin camp early and often. “I’ll be here with my two boys. They play football. It will be a super win-win for the city and the kids.”

The three week training camp is free to attend.