(CNN) -- Powerful winds and a tornado spawned by a 1,000-mile-long storm system pounded communities in northwest Georgia on Wednesday, overturning dozens of cars on an interstate highway and trapping residents.

One person died in that town and another died in Tennessee, authorities reported. At least 17 people were injured in Georgia, two critically.

The Adairsville death marks the first person killed by a U.S. tornado in 220 days, a record for most consecutive days without such a fatality, said CNN meteorologist Dave Hennen.

The storm churned eastward, prompting severe thunderstorm and flash-flood warnings in eastern Tennessee and western portions of the Carolinas. The front has led to nearly 400 reports of severe wind and 20 of tornadoes over two days, from Texas to Pennsylvania.

In the Adairsville storm, winds caused significant damage to a motel and a manufacturing plant, according to Craig Millsap, fire chief and interim emergency management director for Bartow County. The motel's guests are believed safe and workers at the Daiki plant have all been accounted for, he said.

The National Weather Service also reported major structural damage and overturned cars in downtown Adairsville, where a news crew for WSB witnessed a tornado form and touch down Wednesday morning. The tornado destroyed a home and flipped several cars, the station reported. 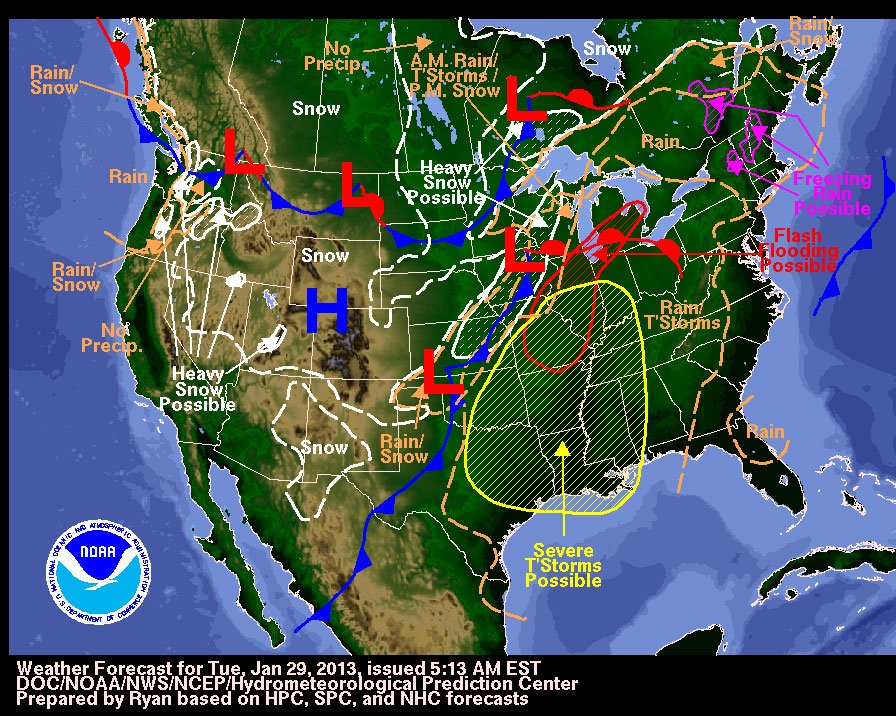 The death came when a building collapsed, Millsap said.

The storm caused major damage on and near Interstate 75, the Georgia Department of Transportation said. The weather service, citing emergency management officials, said about 100 cars had been overturned near Exit 306 at Adairsville.

The state transportation agency asked motorists to stay away from the area.

The driver of a commercial truck that was overturned in Adairsville said the storm "grew legs and just started accelerating." He told CNN Atlanta affiliate WGCL he was unscathed. "There is no way in the world that if you see this debris behind me I should be alive."

Officials reported up to 100 homes damaged in Calhoun and Gordon County, just north of Adairsville. Seven poultry houses were destroyed.

Georgia emergency officials reported eight injuries in Gordon County, where Calhoun is located. Two of the injuries were described as critical.

"There have been a number of entrapments and deputies, firemen and emergency personnel have all been working to free those people," said Gordon County Chief Deputy Sheriff Robert Paris. "I don't believe we have any more trapped at this time."

The tornado struck a subdivision that also was hit by storms in 2011, Paris said. "This one appears to be much, much worse. But this was almost the same path. There were some people that had to go through both of them."

Trees and power lines were down as the result of a possible tornado in Georgia's Gilmer County, the weather service said.

Utilities reported about 24,000 customers without power in west and north Georgia.

Gov. Nathan Deal declared a state of emergency for Bartow and Gordon counties.

In Tennessee, a 47-year-old man died early Wednesday when high winds toppled a tree onto a roof in Nashville, the Tennessee Emergency Management Agency said. CNN affiliate WSMV said the victim was in a building next to a home.

A sliver of southeast Alabama, a band from southwest to northeast Georgia and parts of western North Carolina and South Carolina were under a tornado watch until 8 p.m. ET.

CNN meteorologist Chad Myers said the massive storm system was 1,000 miles north to south, moving east in a belt that will eventually stretch from New York to Florida.

"If it's hot and humid where you are, then you are still in the danger zone," Myers said. "Storms can still be coming to you tonight. ... The cold air is on the back side of it."

The strong cold front causing the severe weather brought huge extremes in temperature readings. Thermometers reached the low 80s in parts of southeast Georgia and South Carolina, the 50s in Tennessee and the 30s in Illinois.

Earlier, in Alabama, the storms blew the metal roof off a building in Sheffield, CNN affiliate WHNT said. The storm also damaged a church steeple in Rogersville, the station reported.

In Kentucky, winds blew off much of the roof of the Penrod Missionary Baptist Church and damaged several homes, CNN affiliate WFIE reported.

In Nashville, the weather service listed dozens of damage reports across the region: a funnel cloud was reported early Wednesday in Jackson County, there were dozens of reports of downed trees and power lines, and law enforcement reported damage to homes and businesses.

"I built it myself to take an event like this. And it looks like a freight train hit it," the station quoted building owner Dewey Lineberry as saying. "It's just destroyed. It laid the building down on top of cars, it put the building on top of people. It's unbelievable."

Workers who were inside the building when the storm hit took cover under mattresses, the station said.

"The plantation was a horse farm. Those (structures) have been standing there for 100 to 200 years. It was sad to see those collapsed and caved in. It's historic to the neighborhood," the high school student said.

On Tuesday, the storms raked Arkansas, Louisiana and Mississippi, among other places, with heavy rain and high wind.