HENRICO COUNTY, Va. (WTVR) – Crews are investigating a fire they say started in a garage.

When fire officials arrived on scene, the garage was engulfed in flames.

The homeowners told CBS 6 they had an older car in the garage that they occasionally started up.  They say they accidentally left the car running and one of the car parts was not working properly.  The owners say they started hearing noises from the garage.  After they went to check to see what was going on, they say they saw their garage on fire.

The fire was marked under control 17 minutes later.

Dominion Virginia Power was on scene to fix a power line behind the garage.

The fire damaged two vehicles and also caused some heat damage to the neighbor’s house.

There are no injuries to report.

The power to the house was cut off.  The owners have been displaced for the night. 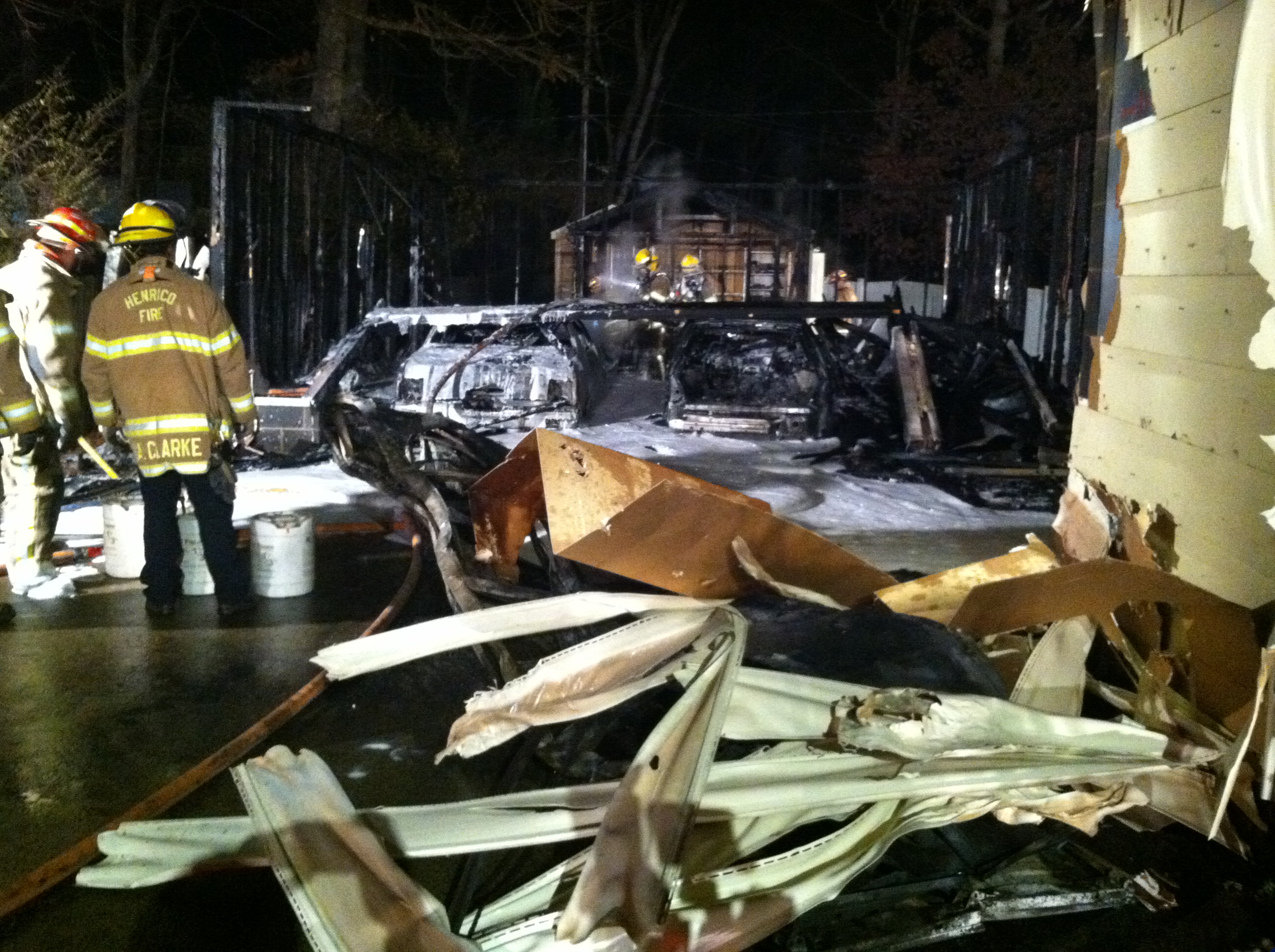