Tomb of the Unknown Soldier during rainstorm.

ARLINGTON, Va. (WTVR) – A picture of guards standing at the Tomb of the Unknowns at Arlington National Cemetery is being re-tweeted around the internet as Hurricane Sandy dumps rain on Virginia. The photo, according to Poynter.org, was actually taken in September.

I took some pics at the Tomb of the Unknown Soldier at Arlington National Cemetery today, in the rain... smugmug.com/gallery/254471…

Other photos, posted on the 3d U.S. Infantry Regiment (The Old Guard) page, were taken during Monday’s storm.

“Thank you to all of our followers for the kind words this morning. Old Guard Soldiers are currently conducting modified funerals in Arlington National Cemetery, filling sand bags for contingencies, guarding the Tomb, and important support tasks such as continuing to operate the dining facility and aid station,” read a message posted on the  3d U.S. Infantry Regiment (The Old Guard) page. 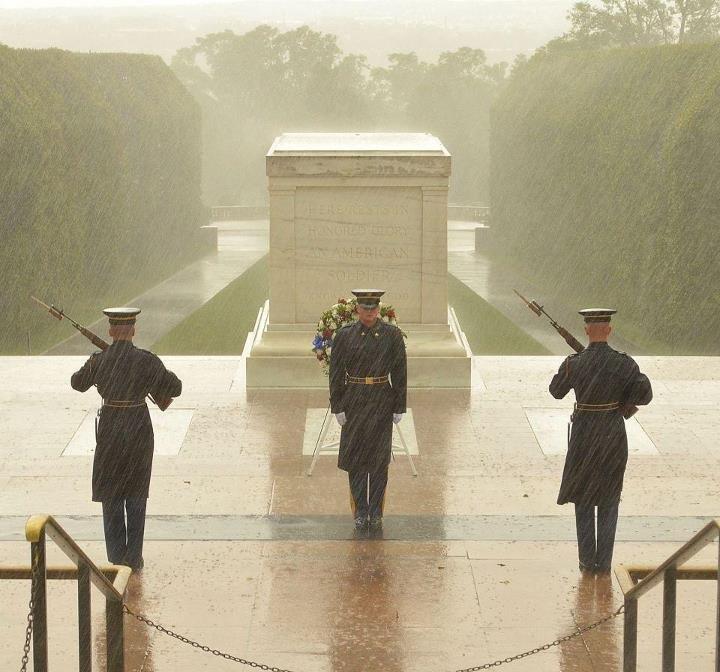