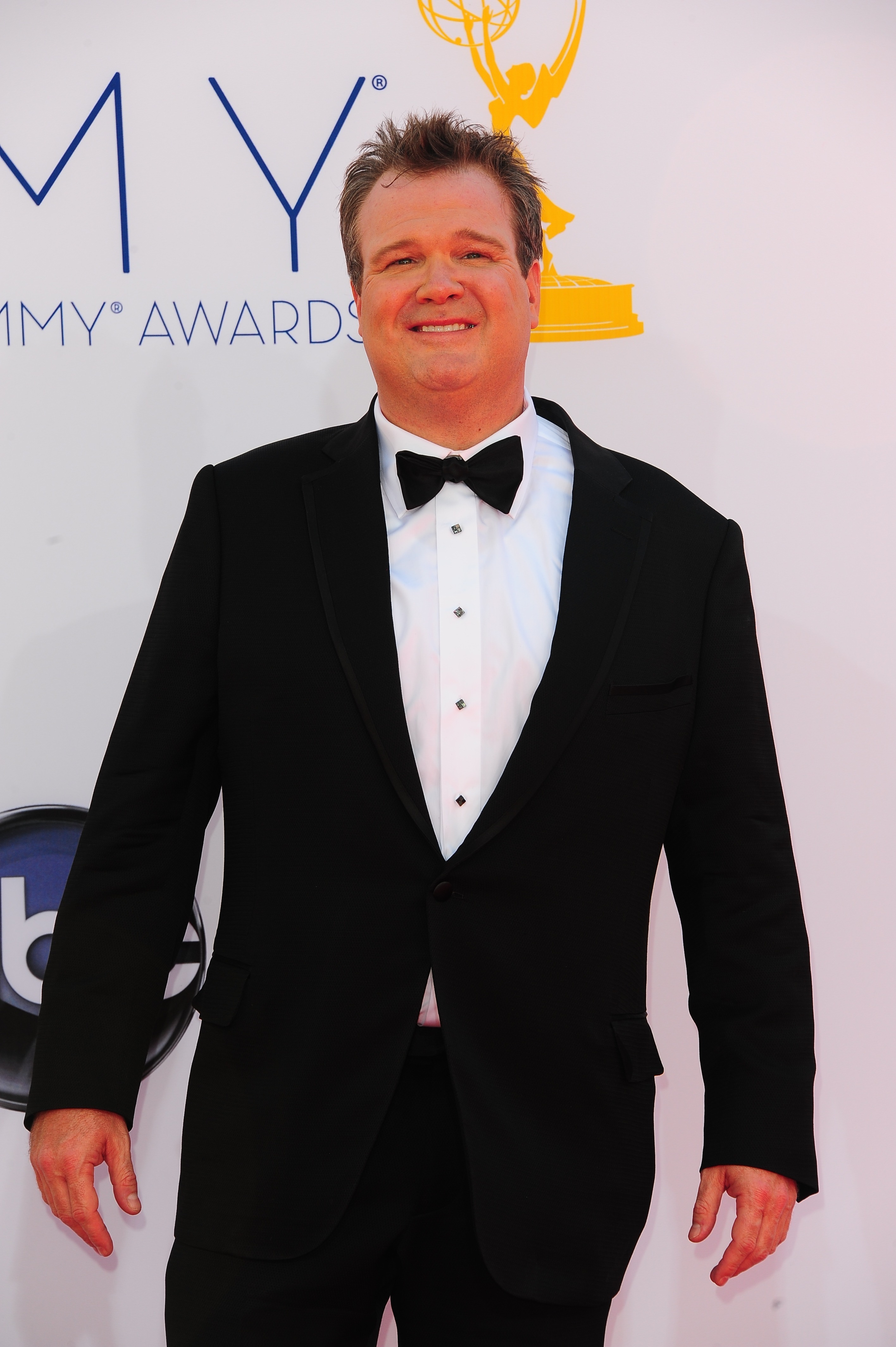 The night ended with a standing ovation for Michael J. Fox, whose acting career continues 21 years after being diagnosed with Parkinson’s disease, as he presented the final award.

The show, which just started a second season, upset AMC’s “Mad Men,” which had dominated the drama category in its four years, and AMC’s “Breaking Bad,” which is in its final season.

“Mad Men” was going for what would have been a record fifth straight win in the best drama series category.

“We didn’t make our show just to undermine them,” Danes said. “We’re delighted and thrilled and just a little startled.” No one on the show expected they would “be recognized right off the bat.”

The win by Lewis, who introduced himself as “one of those pesky Brits,” was an upset against “Breaking Bad” star Bryan Cranston, who won it for three years. “I was quite convinced that he’d be walking up again tonight,” Lewis said backstage.

“Breaking Bad’s” Aaron Paul did claim the best supporting actor in a drama Emmy. “It’s not going to be a fairy tale ending,” he told reporters backstage about how the series will close out its final season.

Maggie Smith won best supporting actress in a drama for her work in the PBS series “Downton Abbey.”

Stonestreet said backstage he was pulling for castmates Ed O’Neill, Ty Burrell and Jesse Tyler, because “it’s nice to win, but we want to spread it around.”

When Julie Bowen was announced as the best supporting comedy actress, her castmate and category competitor Sofia Vergara could be heard shouting her support from the Emmy audience.

“Even though Julie keeps winning all my awards, I am still very happy,” Vergara said after the show.

Bowen backstage said she was pleased to hear her sitcom is a favorite of first lady Michelle Obama and Ann Romney, the wife of the Republican presidential nominee. It shows there’s “a place on the couch where people can sit down together” despite political differences, she said.

“We’d like to thank our founding fathers for the democratic process that they came up with that has provided not only us and HBO and all the comedy series here a plethora of material that seems to just go on and on and on and on,” Hanks said. He introduced himself as “Gary Goetzman.”

“When I find good writing, I don’t care what medium is in,” Costner said when asked about working in television after being known for his big screen work.

His two young children, ages 3 and 5, think he’s in construction because he is building a house “and I spend most of my time there.”

Tom Berenger won the best supporting actor in a miniseries or movie Emmy for his “Hatfields & McCoys” work. It was his first Emmy.

Jessica Lange won for best supporting actress in a miniseries or movie for the FX Networks’ “American Horror Story.” She won the same Emmy in 2009 for “Grey Gardens.”

“Modern Family” creator Steven Levitan won the best comedy director Emmy for an episode of the show, his fourth Emmy. “I want to thank me for hiring me as a director when no one else would,” Levitan said. ” I would not be standing here if I didn’t have faith in me.”

Jon Cryer has been nominated the last seven years, and his only other win was three years ago.

“The Daily Show With Jon Stewart” won the best variety show for a 12th straight year. Stewart joked that if aliens in the distant future find the box of the “Daily Show” Emmys they will realize “how f–king predictable these shows are.”

The reality show competition followed the same path of the past decade with CBS’s “The Amazing Race” winning its ninth Emmy for best reality show.

“Dancing With The Stars” host Tom Bergeron won the Emmy for best reality-show or reality-competition host.