RICHMOND, Va. (WTVR) - Arthropods have invaded a South Richmond apartment, and the woman who lives in the complex would like apartment managers to do more to take care of the problem.

"They're just crawling everywhere, all over the place, thousands of them," Lauren Simmons told CBS 6 senior reporter Wayne Covil. "I can't sleep at night, I'm scratching, I'm jumping up at night thinking things are crawling on me. They're in the bedroom crawling on the wall." 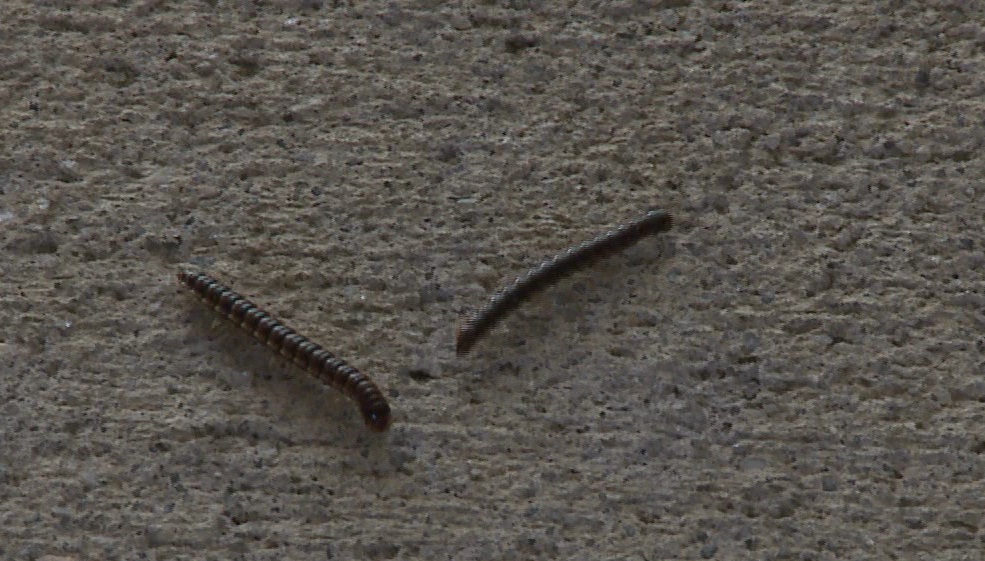 Simmons, who has lived in the apartment since November, said the bugs scare her young daughter.

"My seven-year-old daughter is absolutely terrified, it looks like something from a horror movie," Simmons said. "When you walk in, your feet are just crunching because you're stepping on them and you're killing them. It sounds like you're walking on potato chips."

Simmons said she first noticed the problem about a month ago. She claimed apartment complex management ignored her initial complaints. She said after a follow-up call, an exterminator arrived at her apartment, but those efforts did little to curb the problem.

"Last Friday someone came out and sprayed," she said. "That night I went outside and I looked, there were worms everywhere."

Managers at the apartment complex told Covil they were unauthorized to talk about the issue and referred him to corporate management.Covil is still waiting for his phone call to be returned.

As for Simmons, she said she generally liked the apartment and hoped to stay. She said until the bug issue is taken care of, she'd continue to put a blanket or bleach-covered towel under her door in hopes of keeping out as many bugs as possible.

An inspect expert at Virginia Tech confirmed to Covil that the infestation appears to be millipedes, which are arthropods.

These look like common garden millipedes. They’re harmless and cannot bite. They can be controlled inside buildings by either sweeping them up with a broom, vacuuming them up, or using an aerosol insecticide spray. They seek out moisture and sometimes congregate in organic material (excessive mulch, leaf litter, etc.) around the foundation of a building. Removing the organic materials away from the foundation will help limit the number of millipedes that come inside. Also check your weather stripping around doors and windows to limit the entry of these and other arthropods.