RICHMOND, Va. (WTVR) Today the RVA Street Art app was released, the latest of many recent collaborative efforts to paint Richmond as a creative city—to a broader audience, that is.

Local companies helped create the RVA Street Art app, which went live today in both the Apple and Android stores.

An event today brought out the paint brushes to celebrate the launch. Ed Trask was on the scene laying down some strokes on the official 804RVA Suburban vehicle. Trask is the creator of many well-known murals throughout the city. 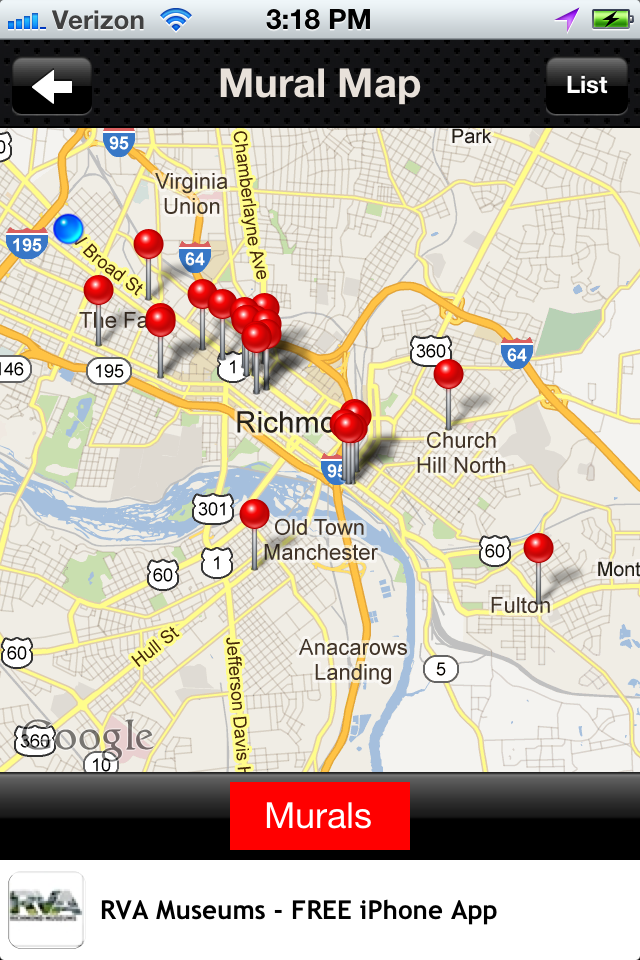 804RVA is a coworking space, where people can rent temporary office space in a creative, top-notch environment. Locally roasted Blanchard’s coffee is served up to fuel productivity.

“It was a collaborative effort with 804RVA and the Street Art Festival, G40 and Arts in the Alley, to promote RVA street art,” said Kelly Ward of Award Web Services LLC, whose company also helped provide tools for the app.

The app features an image gallery of the murals around town and an interactive map that guides the user to a lot of the city murals.

“I hope they gain the perspective of how much art there is out on the streets of Richmond that they may not have been aware of,” said Ward. “We are hoping that the public can use it as a tour guide through the city.”

Additionally, users can snap photos or videos and add them to the app, said Ward.

You can check out the app here on iTunes or click here for the Android version. The app interface recommends “RVA Street Food” and “Richmond Museums” app. Also, make sure to use the “Tell a Friend,” option.

*of interest though is that under “Events,” First Friday’s Art Walk was not listed!