KABUL, Afghanistan (CNN) - An arena where the Taliban used to execute women provides a chilling and incongruous setting for one teen girl's unlikely Olympic dream.

But the dusty floors, broken mirrors, and poorly-lit hallways inside Kabul's Ghazni stadium have been the training base for 17-year-old Sadaf Rahimi.

Dressed in a track suit, red lace up boots and a blue bandana, she is on course to become Afghanistan's first female Olympic boxer and only the third Afghan sportswoman to compete at an Olympic Games.

"The first time I hit someone it was in my village, I was 11. It was actually my cousin," she told CNN during a break from training. "Afterwards he said I hit him so hard that I should become a boxer!"

She did just that. A wild card from the Olympic committee has propelled the student towards the London games this summer, a daunting prospect given the modest resources at her disposal.

Rahimi and her teammates, including her sister Shabnam, can't train in a proper boxing ring, because one doesn't exist in war-torn Afghanistan. Instead dozens of girls and women in the team shuffle around in mismatched uniforms inside a small, dirty improvised gym complete with padded flooring.

"The equipment we have is pretty inadequate. I've even had to buy my own boxing socks," she said.

With sport facilities in short supply in Kabul, the boxing team's time in this gym is limited.

"We can only train one hour a day, and that's it," said Rahimi. "It's not enough to prepare for London. Other teams around the world train three times a day."

Rahimi says she would like expert help in Dubai or India to be competitive against more seasoned international fighters.

But this is Afghanistan, where money is too often in all the wrong places. So they're left hoping for a sponsor to help them out.

"We would like a sponsor with a good name in the world of sports. But more importantly a company that can assist our female athletes in the future, Rahimi's coach, Mohammed Saber Sharifi, said.

Sharifi, a former male professional boxer and an advocate for women's rights, hopes the world will see Afghanistan in a different light when Rahimi steps into the ring in London.

"I hope the world can see that Afghan women are breaking down barriers by pursuing their dreams of becoming a professional athlete. We represent this country with pride," he said.

The Afghan Amateur Women's Boxing Association was established by the Cooperation for Peace and Unity project in 2007 to promote women and girls in sports.

When female athletes were banned by the Taliban from competing in sport, Afghanistan was suspended from competition by the International Olympic Committee (IOC). It missed the 2000 Olympics in Sydney as a result. Afghanistan -- with female athletes involved for the first time -- competed in Athens in 2004 after the Taliban had been ousted in 2001.

But the Taliban have not been the only obstacle.

In a country where human rights activists say women are still vulnerable to prejudice and a range of issues including domestic violence, forced marriage and sexual abuses, Rahimi fears for her own safety.

Her father spoke of anonymous threats and warnings that his daughters should not be boxing. Many fear this kind of conservatism in Afghan society will increase when NATO leaves the country.

"For one month I was not allowed to come to the gym for practice because of my safety", she said.

While her own parents are extremely supportive of her and her sister, she says other family members have criticized their lifestyle.

"My aunt used to say girls should stay at home and do housework, they shouldn't be going out and playing sports. She would say my actions are not in line with Islam."

But Rahimi says this pressure doesn't keep her from the sport she loves.

It's easy to be impressed by the dedication shown by someone who says she's never hit anyone in anger -- well, not yet anyway. 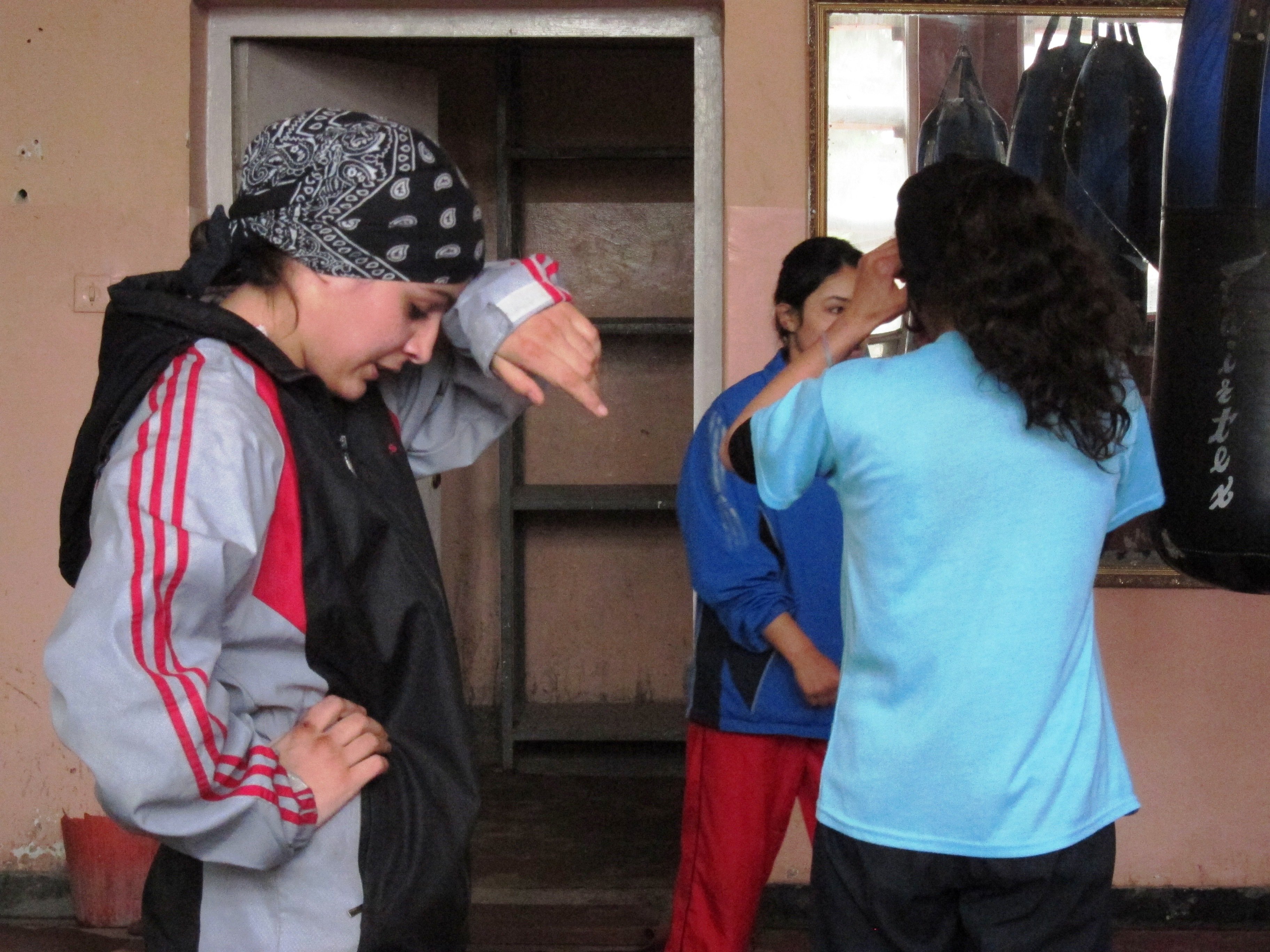