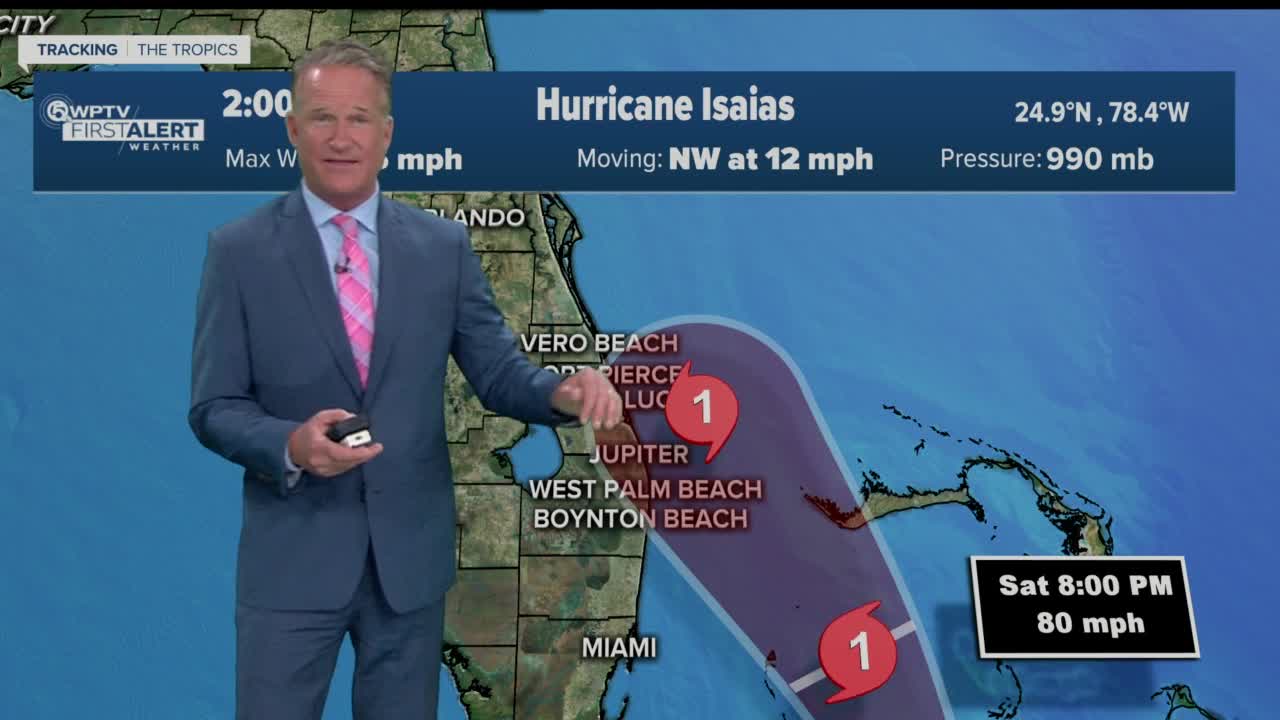 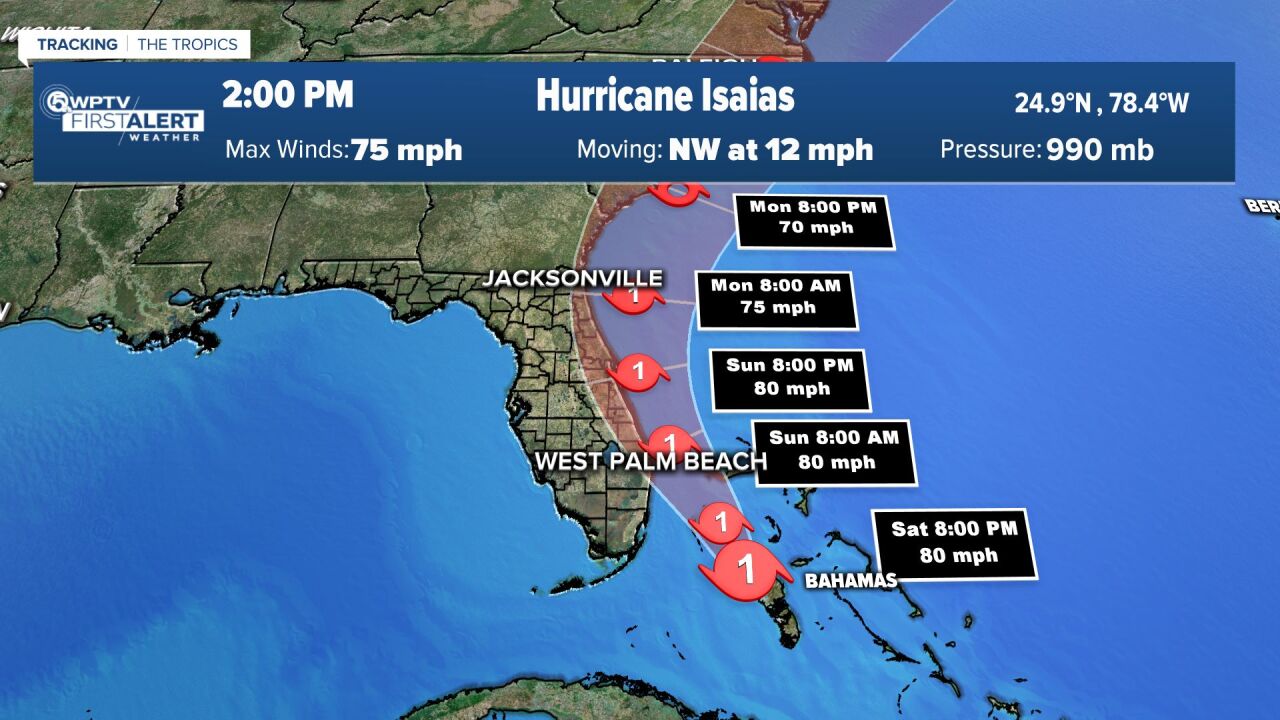 A Hurricane Warning is in effect for coastal Palm Beach County and the Treasure Coast on Saturday due to the threat of Hurricane Isaias.

The Hurricane Warning extends from Boca Raton to the Volusia/Brevard County line in Central Florida.

As of 2 p.m. Saturday, Isaias has maximum sustained winds of 75 mph, and is moving northwest at 12 mph. The track has shifted slightly east, putting much of Palm Beach County and parts of Martin County out of the forecast cone.

Although Isaias has weakened after passing over Andros Island in the Bahamas, some restrengthening is expected Saturday night and Sunday morning when the cyclone will be moving over the warm waters of the Straits of Florida and the Gulf Stream.

Isaias is forecast to remain a hurricane through Monday, followed by slow weakening starting Monday night or Tuesday.

The worst weather is now expected to occur at about 5 a.m. to 7 a.m. on Sunday.

The storm is then expected to parallel the Treasure Coast for most of the day on Sunday.

The probability of Palm Beach County seeing tropical storm force winds is likely, but there is only about a 10% chance of hurricane force winds.

By Sunday afternoon, Isaias is forecast to be north of our viewing area.

Isaias became a Category 1 hurricane late Thursday night, and is no longer expected to strengthen into a Category 2 hurricane, according to the National Hurricane Center.

Isaias is forecast to remain a hurricane for the next couple of days as it moves up the east coast of the U.S., threatening other states.

A Hurricane Warning is in effect for:

A Hurricane Watch is in effect for:

A Storm Surge Watch is in effect for:

A Tropical Storm Warning is in effect for:

A Tropical Storm Watch is in effect for: