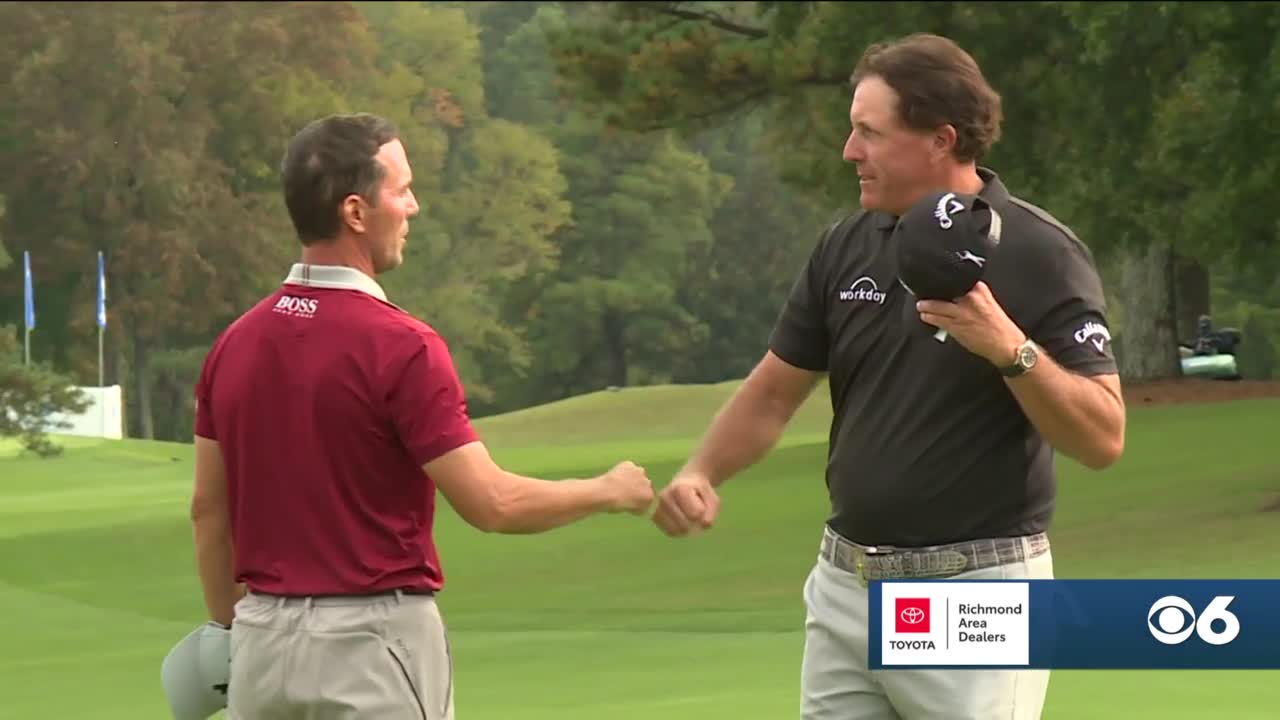 Since turning 50 earlier this year, Phil Mickelson has made two starts on the PGA Champions Tour, and he has won them both after firing a final round 7 under 65 to win this year's Dominion Energy Charity Classic by three shots over Mike Weir. 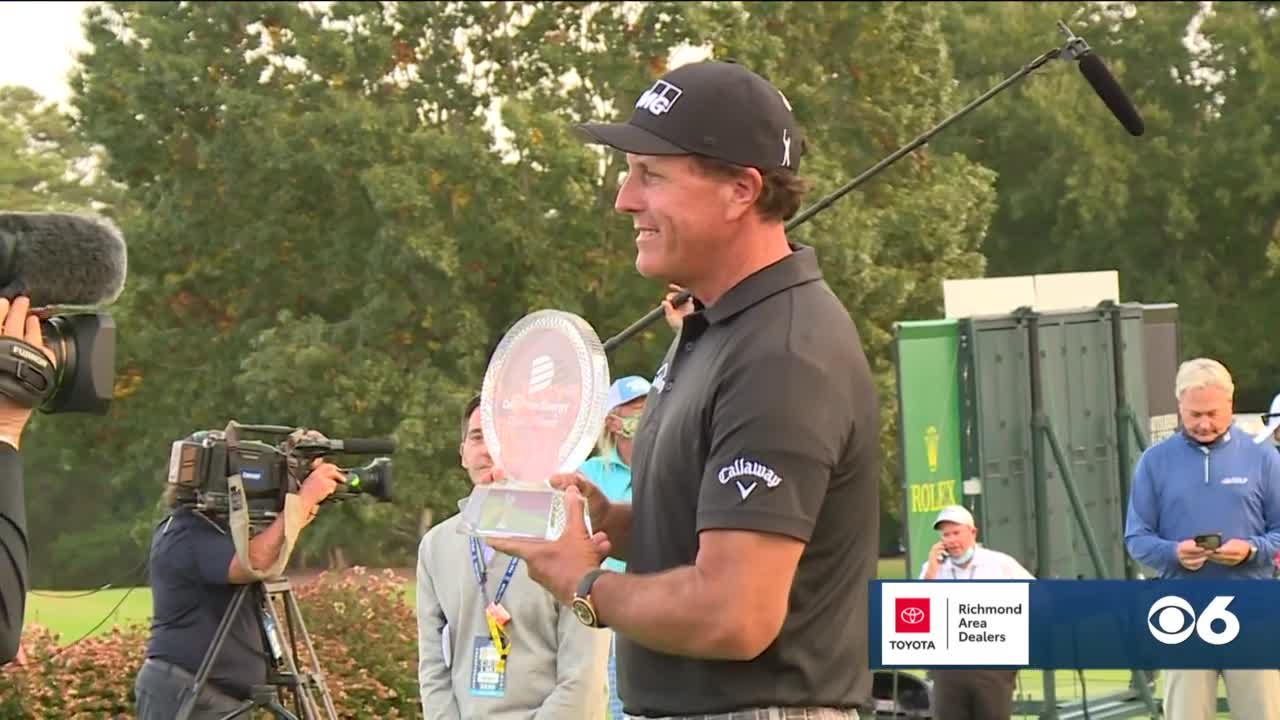 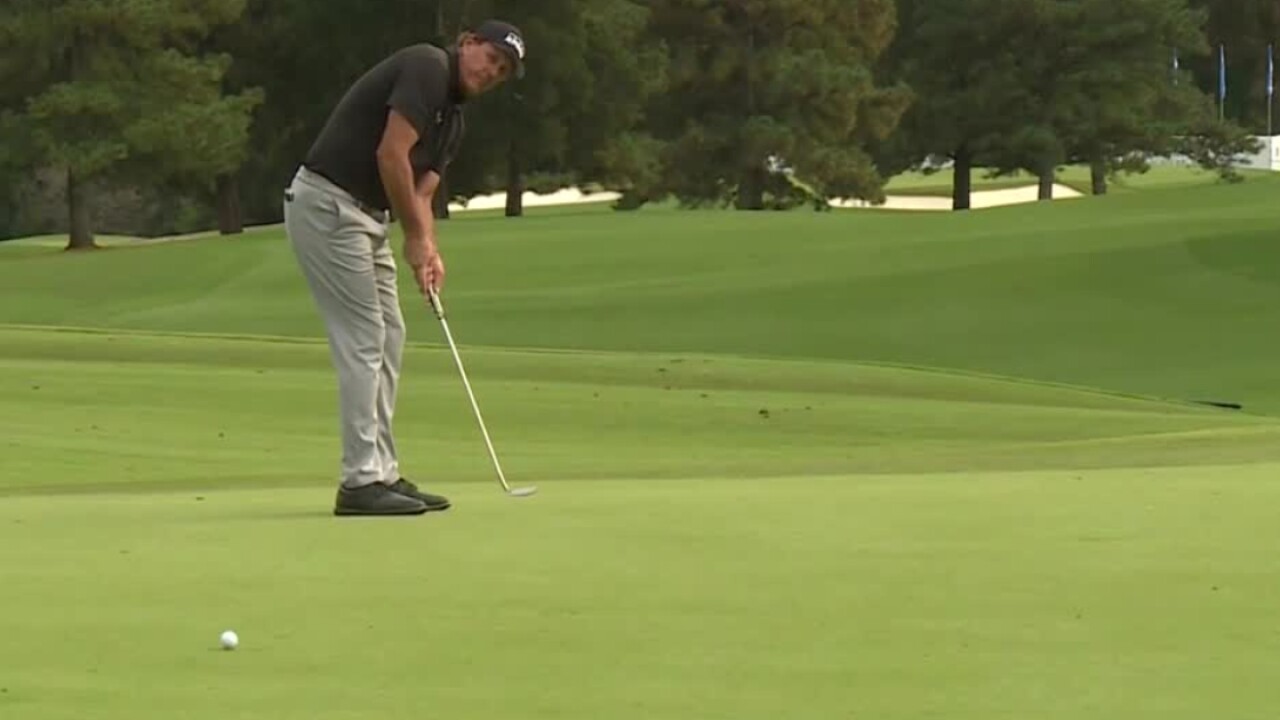 RICHMOND, Va. -- So far, so good. Since turning 50 earlier this year, Phil Mickelson has made two starts on the PGA Champions Tour, and he has won them both after firing a final round 7 under 65 to win this year's Dominion Energy Charity Classic by three shots over Mike Weir.

Mickelson started the day 3 shots behind Weir but quickly made up that ground in the first 8 holes of the day on Sunday.

"Obviously, it was a really fun week," said Mickelson, who finished at 17 under par. "I felt like I did a lot of things well. I hit a lot of good short irons to give me birdie putts."

After playing 36 holes on Saturday to make up for Friday's rain out, Mickelson went back to the driving range at CCV's James River course. Even though he was in second place, there were things not quite right about his swing that needed immediate attention.

"I put a new driver into play this week, trying to get a little more pop," said Mickelson, who led the field in driving average at 299.7 yards. "It was a little bit wayward at times, but it was also effective at allowing me to play this course the way I wanted to which was aggressively."

"He [Mickelson] attacked when he needed to," said Weir, who finished second at 14 under. "I don't know what grade he'd give himself, but I thought he did well."

Weir took the lead after a birdie on the 12th hole, but Mickelson played the final 6 holes in 4 under, nearly hitting the flagstick with his tee shot on the 274-yard, par 4 15th hole, and just missing eagle putts on 16 and 18.

"I felt like I could make something happen on the last six holes," Mickelson explained. "I was able to take advantage of the length and I was able to have two-putt birdies on three of those holes and that was very helpful."

Mickelson becomes the third player in Champions Tour history to win his first two starts. He admitted to the pressure of being the main attraction in the field and needing to come through when everyone expected him to win.

"If I win, well, I'm supposed to and if I don't? Oh my gosh, what happened?" Mickelson continued. "Certainly, there's pressure but it's more self-imposed. I'm appreciative of the opportunity to play in this event and compete, and to use this as a momentum builder as I head into Augusta."

With the win, Mickelson has automatically qualified for next year's Charles Schwab Cup playoffs of which the 2021 Dominion Energy Charity Classic will be the opening event, hopefully guaranteeing Mickelson will be back next fall to defend his title. While he still enjoys the challenge of being competitive on the PGA Tour, he also understands the benefits of making more Champions Tour stops in the future.

"I've really developed an appreciation for this tour," Mickelson admitted. "It's very enticing, playing in these events as much fun as I'm having. We went 36 yesterday [Saturday] but we had a cart. That's cool! And I didn't feel wiped out."

Next time, the rest of the field might hide his cart keys.