RICHMOND, Va. — It was not so long ago that River City Roll owner and Richmond native Rob Long was an investment banker who hated his job. So, he got out of the office and did something about it.

“Corporate America wasn’t really for me,” Long told Scott and Robey on the CBS 6 food podcast Eat It, Virginia! “I lived in three other cities across the country and they all had concepts similar to River City Roll. I saw them and spent a lot of money at them when I lived there. So when I moved back to Richmond, I actually moved into the Cookie Factory Lofts. And the acreage that [River City Roll] is on now was kind of a dilapidated old parking lot. And I was like, somebody is going to do this in Richmond. I don’t particularly care for corporate America or my current job. So I’m going to take the leap of faith.”

And it was quite a leap. With neither restaurant experience nor an impressive bowling average, Long opened River City Roll on Myers Street, off Arthur Ashe Boulevard, in 2018.

Since this is a food podcast, it’s that menu which drew our interest. The man behind the menu is Chef Brad Slemaker.

“I couldn’t do it without Brad Slemaker our chef,” Long said. “He’s just so talented. I mean he’s trained under the best. So he was Walter Bundy sous chef at Lemaire. So, you know, Walter, I would say is, you know, one of the people I respect the most in the city. Shagbark [Bundy’s current restaurant] is where I eat for my birthday every year. And for us to get Brad and give him kind of his own kitchen, he’s really doing a great job.”

“[Chef Brad has] tried to take the truffle fries off the menu the last three times and it’s just the only time I give him a firm ‘no.’ They’re probably also the biggest culprit for why I’ve gained 15 pounds since we’ve opened,” Long laughed. “The ginger glazed chicken bowl is something I eat four to five times a week. I’ve convinced myself that it’s somewhat healthy, which it is. But that that’s my go-to. The new tuna dish which he’s going to do on the next menu is incredible. Sesame crusted tuna, which I’m a big fan of. Our burger is underrated. I think his take on the Mexican shrimp cocktail is really cool and different.” 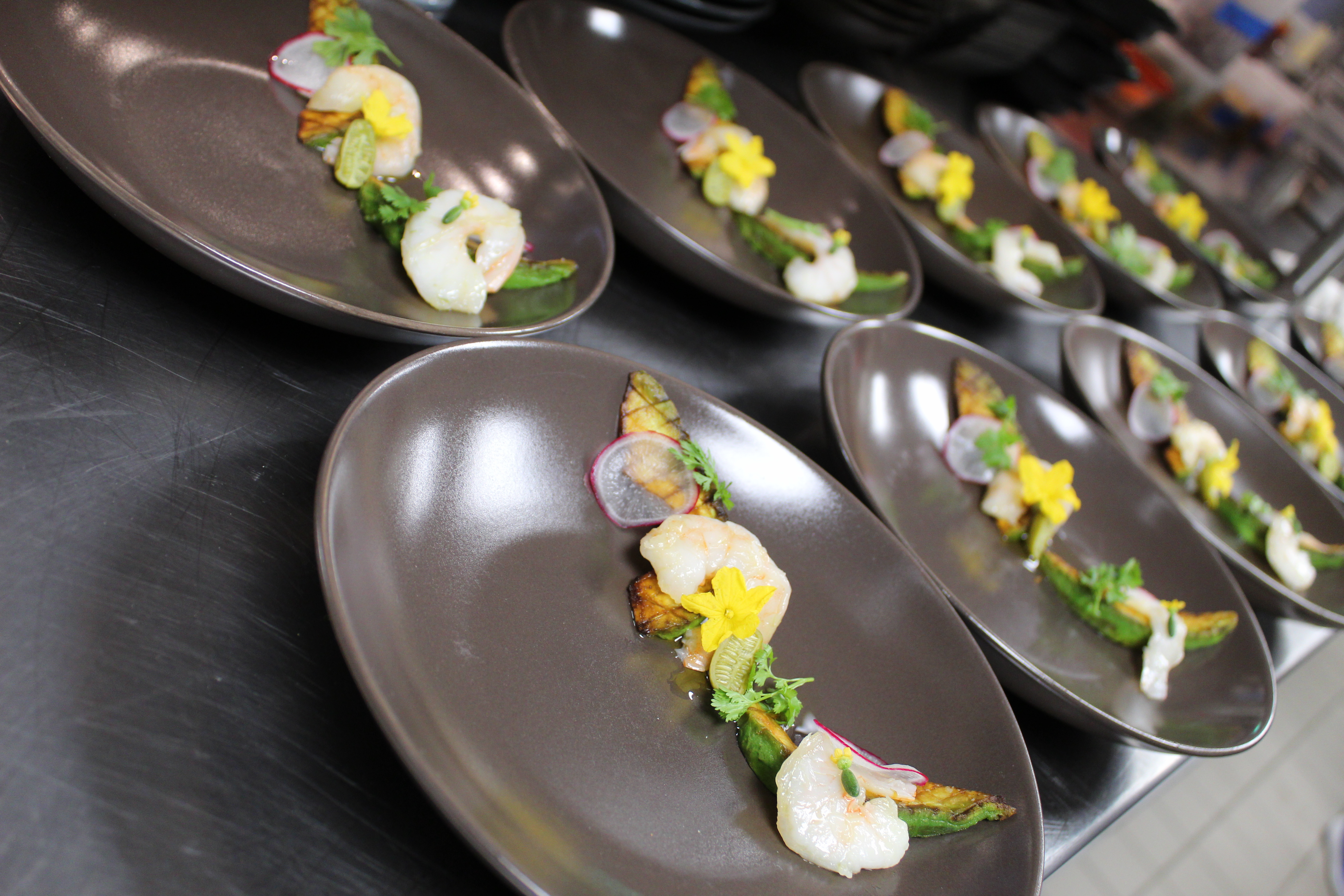 In addition to food, drink, and bowling, River City Roll bring music to Scott’s Addition. The venue hosted a dozen concerts both inside the alley and out in the expansive parking lot. Long hopes to bring even more acts to town in 2020.

“We had over 1,200 people here for Robert Randolph on our outdoor stage,” he said. “We have had other acts like Andy Frasco who played at Lockn and Chris Jacobs played outside. The Wailers played inside.”

River City Roll made local headlines in 2019 when Long and his team opened Tommie’s patio – a space dedicated with a Richmond’s dog whose abusive death captured the community’s hearts. When guests order a TOMMIETAIL cocktail, a portion of the proceeds goes to Richmond Animal Care and Control (RACC).

“We wanted to think of a way that we could honor Tommie, but as well continue to support RACC in an ongoing fashion. So, the original debut of Tommie’s patio, I think we raised close to $7,000,” Long said. “But you know, sales on Tommie’s patio get donated to RACC every month. So it’s not just a one time thing. It’s a kind of a constant thing.”

Long hopes River City Roll remains a constant choice for Richmonders looking to have fun in the city. Click here to provide podcast feedback and suggest guests for future shows.