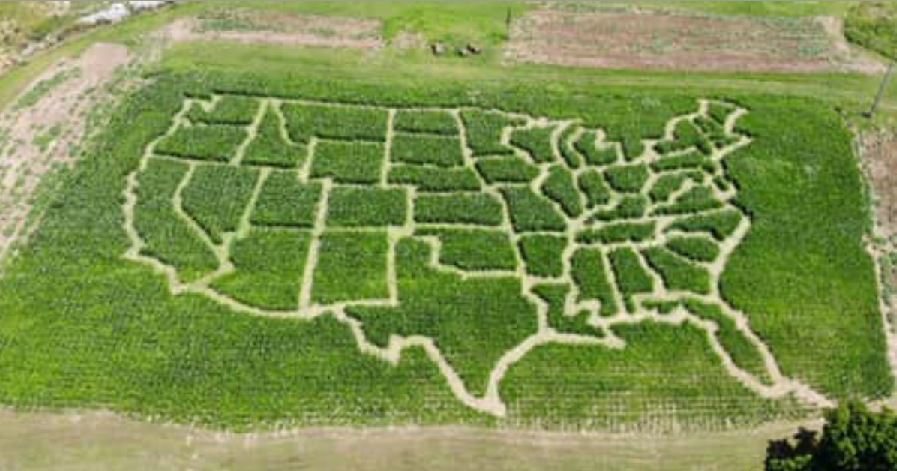 BRISTOL, Va. — If you’re looking for a unique way to celebrate autumn, look no further than Bristol, Virginia where Lee Highway Farms created a corn maze in the shape of the United States.

“Last year we did the state of Virginia… people were really into it,” Etter said in a phone interview with CBS 6. “This year we just rolled with it and decided to go the entire United States.”

He said cutting the USA map in his field was an all-day affair and involved a friend, wearing a GPS, walking in front of the machinery to ensure the states were cut correctly.

“It’s a one shot deal,” Etter said. “New England was the hardest to cut because the states are so small.”

Etter credits the maze and his selection of pick your own pumpkins for his spike in business.

“Come on down to Southwest Virginia,” he said. “There’s a lot of stuff down here, good friendly people, a lot of good places to eat. This is the best time of the year to be in the mountains.”