Chick-fil-A employee saves a customer’s life: ‘God placed me’ there 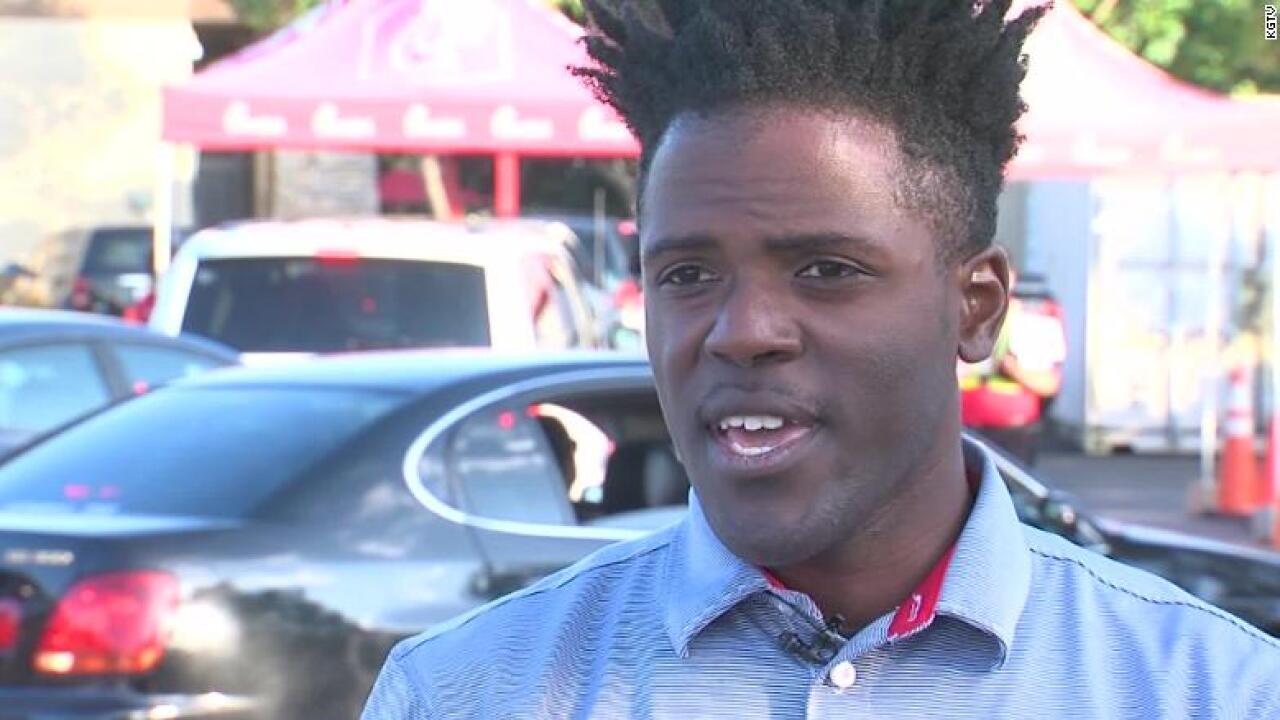 A man who went into cardiac arrest last week at a Chula Vista, California, location was saved in part by Tauya Nenguke, a quick-thinking manager at the restaurant.

Nenguke, 22, was working the drive-thru on the evening of September 11 when he said he noticed someone unconscious next to a car in the parking lot, according to CNN affiliate KGTV.

Security camera footage shows Nenguke running toward the man in the parking lot, and Nenguke told KGTV that the man wasn’t breathing, and his eyes were rolled back.

Luckily, though, Nenguke wants to go to nursing school, and he’d already taken some pre-nursing classes.

His training kicked in.

“I know this guy was out,” he told KGTV. “I didn’t know how long, I just started chest compression immediately.”

Nenguke gave the man CPR, teaching the man’s friends to do the same while someone called 911. The group switched off, continuing to give chest compressions until emergency crews arrived.

Later, paramedics said he helped save the man’s life.

“There wasn’t any hesitation on my part. I knew that was the place where God placed me at that time,” he said.

CNN called the restaurant to ask Nenguke for comment, but the request was not immediately returned.