"The first crash involved a Nissan Altima traveling eastbound I-64 when it lost control, hitting the the guardrail, and spinning around to face the opposite direction of travel in the right lane," a Virginia State Police spokesperson said. "A second crash occurred when a Chevrolet Malibu traveling eastbound I-64 struck the Nissan Altima that was in the right lane of travel." 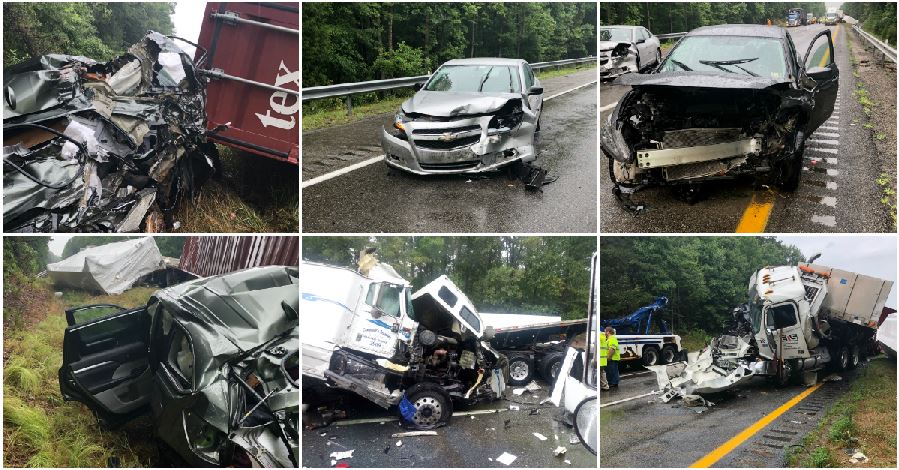 "The preliminary investigations in reference to the third crash involving four tractor trailers and a Toyota Highlander reveals that traffic was slowing to a stop as a result of the two previous crashes," the police spokesperson continued. "A 2007 International tractor hauling a container unit was traveling eastbound I-64 and struck the Toyota Highlander in the rear as it was coming to a stop. The 2007 International tractor then struck a 2007 Freightliner flat bed tractor forcing it to jack knife striking two additional tractor trailers."

Four people involved in that crash were treated for injuries that ranged from minor to serious.

Travel lanes remain closed for cleanup and the crash remains under investigation.