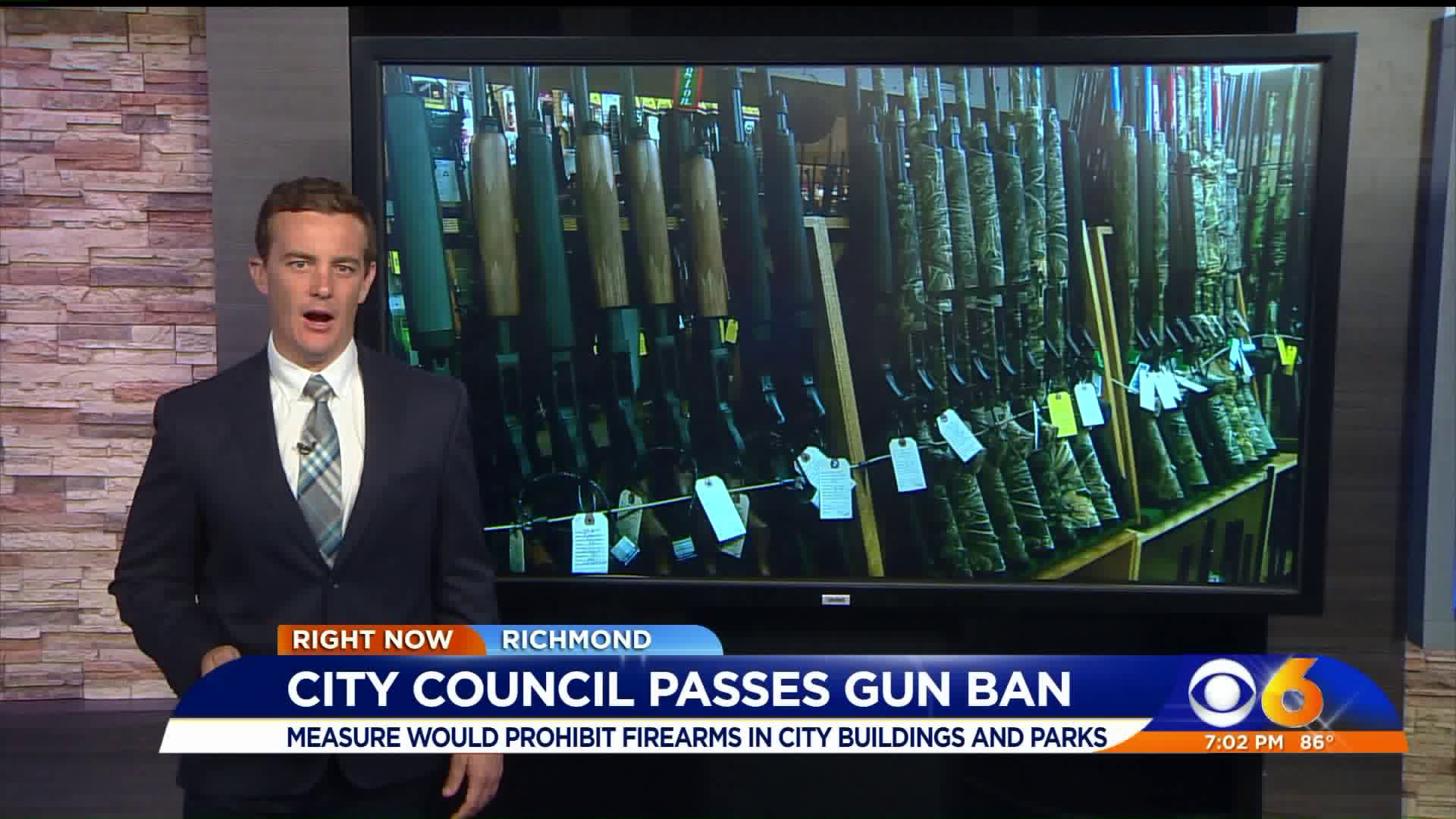 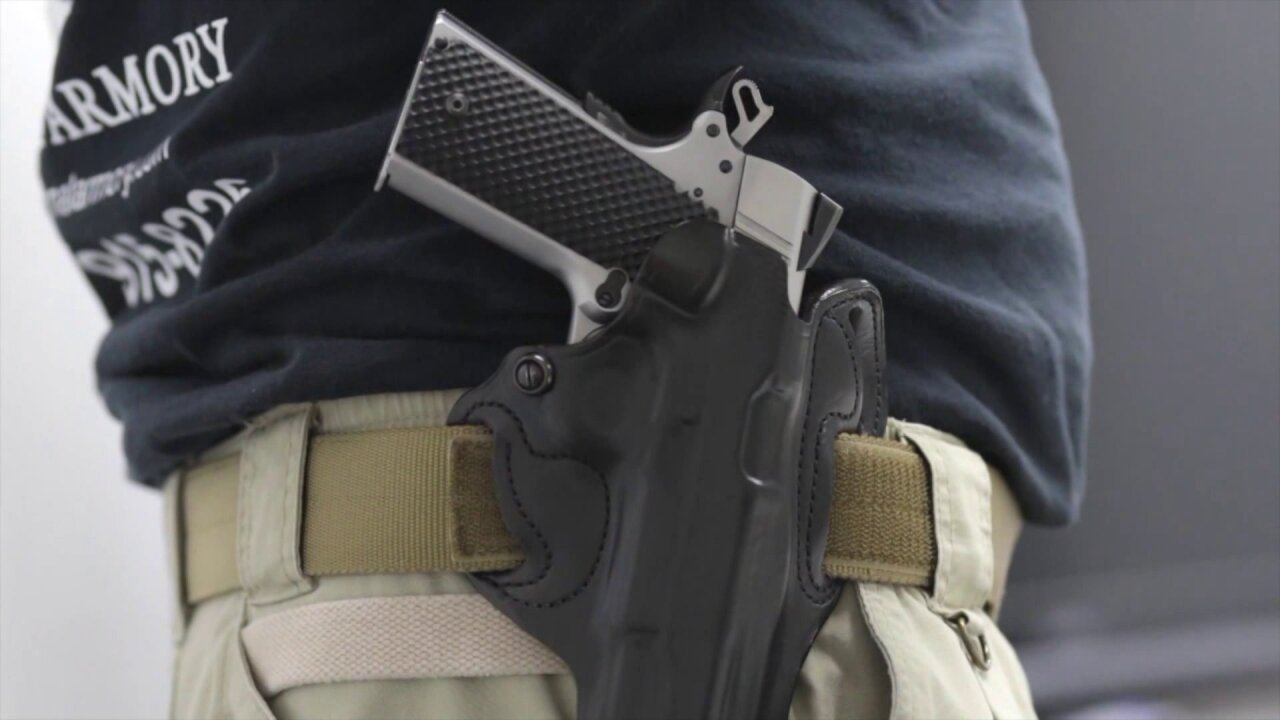 RICHMOND, Va. -- Richmond City Council approved an ordinance Monday that would ban weapons on city property and parks. Despite the vote for the ban, multiple council members commented it was highly unlikely the Republican-controlled Virginia General Assembly would give council approval to institute the policy.

Richmond Mayor Levar Stoney put forth the paper eight days ago in response to the mass shooting in Virginia Beach, which took place in a city building, as well as the fatal shooting of 9-year-old Markiya Dickson, who died after someone opened fire in Carter Jones Park in May 2019.

Council President Cynthia Newbille said the body was not trying to restrict the rights of law-abiding citizens to carry firearms, but the council needed to act to help citizens feel safe on city property.

While the measure was not the sole response to criminal behavior, Newbille said it offered one way to limit gun violence.

Smith said it would not completely stop gun violence in city parks, but the chief said when a deadly tool is not available on city property, cooler heads are allowed to prevail in disagreements.

Smith pointed to nine shooting incidents near Richmond parks in 2019.

Councilwoman Kim Gray said the policy seemed more like political "grandstanding" than a move toward a solution, especially given the current makeup of the General Assembly.  Both Gray and Councilwoman Reva Trammell said the measure would not prevent those intent on doing harm from doing so and voiced their opposition to how the policy was put before council.

Stoney introduced the paper on June 24, and his administration said they wanted council's approval so the ordinance would be in place before a special session of the General Assembly scheduled for July 9.

Under current state law, Richmond does not have the authority to enact the ordinance because Virginia is a Dillon Rule state, meaning the state must grant such authority to the city.

Both Gray and Trammell said the short time frame did not allow for proper vetting of the paper nor for their constituents to fully understand its implications.

Gray ended up voting "yes" on the ordinance.

During the meeting, which began at 5 p.m. on a holiday week, two residents spoke out against the measure and around ten spoke in favor.

“Animals are going to wreak havoc where they will at will. All this will do is leave people helpless. It is going to take the epidemic of stolen guns [from cars] and explode it," Robert Sadler, a resident of south Richmond and gun rights advocate, said.

“Every child in Richmond deserves to feel safe in city parks, and it’s really important to me as a mother, and I hope you all think about the kids of Richmond when you vote," Laura Swanson, a 1st District resident, said.

Multiple council members said they do not expect the General Assembly will approve their policy during the special session.

“Tonight the City of Richmond sent a strong message to the Virginia General Assembly that it stands ready and willing to immediately implement the kind of common sense gun regulations that will enhance the safety and security of residents, employees and visitors to our city government offices and parks," Stoney said in a statement.  "Now it’s time to take this momentum across the street and hold our commonwealth’s elected representatives accountable for protecting our children and families. Leaders in the City of Richmond proved tonight they have the spine to act. Now the ball is in the General Assembly’s court.”