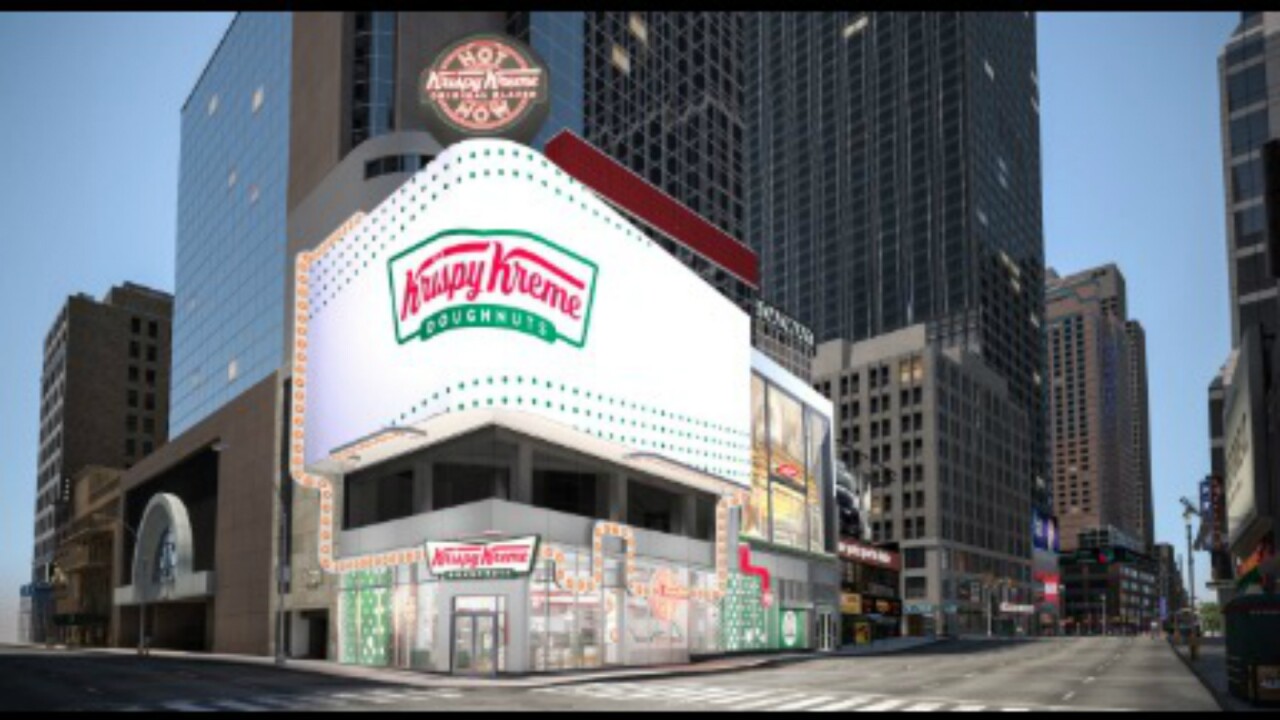 NEW YORK CITY – If you’re going to put a doughnut shop at the Crossroads of the World, you’ll need a big light to guide them.

That’s why when Krispy Kreme opens a location in New York’s Times Square early next year, it will feature the world’s largest Hot Light.

That won’t be the only unique component of the 24-hour, 4,500-square-foot retail space, which will sit at the corner of Broadway and 48th Street. The location’s “doughnut theater experience” will showcase the doughnut making process from end-to-end, from the mixing of ingredients to running the tasty treats through a glaze “waterfall.”

Oh, and if you get hungry and want to eat one, there will be stadium-style seating in the shop so you’ll have great seats to view the whole show, because this location will be on Broadway, after all.

“In the most iconic city in the world, the Krispy Kreme Times Square Flagship will showcase our brand on the global stage and inspire customer wonder,” said Michael Tattersfield, CEO and president of the North Carolina-based doughnut chain. “We love making awesome doughnuts — and New Yorkers deserve hot and fresh doughnuts!”

Krispy Kreme predicts the Times Square shop will serve more guests annually than any other of its locations in the world.

The grand openings of Krispy Kreme locations can create a frenzy. When the chain opened up its first location in Ireland last year, more than 300 people were lined up at 7 a.m. at the doughnut chain’s location in Dublin. This location also featured a 24-hour drive-thru, which created its own set of problems.

People lined up at the store day and night, jamming the streets of the neighborhood and packing the store’s drive-thru. Oh, and they were loud, too. Drivers sitting in the drive-thru kept pounding their horns, and all that honking kept surrounding residents up until the early hours of the morning.

Krispy Kreme ended up apologizing to the neighborhood and trimmed back the number of hours that the drive-thru is open.