CHESTERFIELD COUNTY, Va. -- Police are looking for a gunman who robbed at least two people at a Chesterfield apartment complex. The crimes were reported Wednesday, April 24, at 7 a.m., at the Falling Creek Apartments along the 6300 block of Jefferson Davis Highway.

"A man was standing in front of an apartment when a black, mid-sized SUV drove past. Soon after, an unknown suspect approached the man, displayed a handgun and grabbed his arm. The suspect took cash from the victim's wallet and began to walk away," a Chesterfield Police spokesperson said. "At that time, another man arrived in front of the apartment. The suspect saw that man and then approached him while displaying the handgun. The suspect demanded cash from the second victim. Upon receiving cash, the suspect fled. Moments later, the victims saw the black SUV leaving the apartment complex."

Surveillance cameras captured images of the gunman and his vehicle. 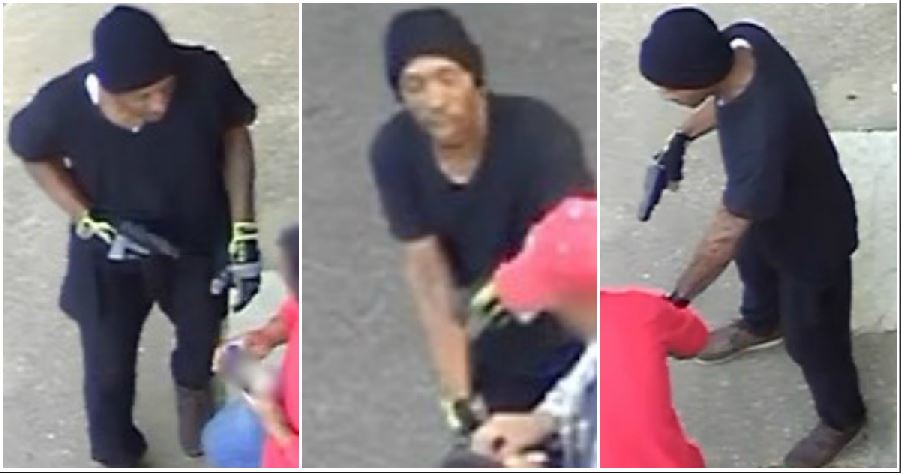 "He was wearing black pants, a black T-shirt, brown shoes, a black, knitted hat and gray-and-yellow construction gloves," police said. "He had a black goatee and tattoos covering his left arm."


Subscribe to the Eat It, Virginia! podcast. If you like what you hear, kindly leave a review. Email feedback and questions to the show at EatItVirginia@gmail.com.