SUSSEX COUNTY, Va. --  The much-anticipated makeover of the Three Brothers' Distillery in Sussex County will be revealed when "Moonshiners Whiskey Business" airs this Wednesday at 10 p.m. on the Discovery Channel.

"Tim Smith must rescue Three Brothers Distillery, starting at the bottom," reads an episode description. "While his crew transforms a barn into a Prohibition-style speakeasy, Tim applies his backwoods know-how to re-engineer the still, taking the owner's gin to a new level."

The premise behind the show is giving a “makeover for a struggling distillery.”

Distillery owner: Taking part in show was 'absolutely a no-brainer'

“When an opportunity like this comes knocking at your door, to not grab hold of it with both hands and get as much out of it as you can, it’s absolutely a no-brainer,” Reavis told WTVR CBS 6 senior reporter Wayne Covil when the show wrapped up filming in late January.

"Moonshiners Whiskey Business" Director Ron Cornwall said in January that Reavis was “a little off path, he lost his way a little bit and needed some help."

That said, Reavis is hopeful the national TV exposure will open doors for his distillery.

As with any reality TV show, there are big changes, which included transforming a well-worn 19th-century building.

Cornwall is excited about what the episode will do for Reavis' business.

Right now the Tasting Room is open on Saturdays, but Reavis expects that will change once the episode airs. 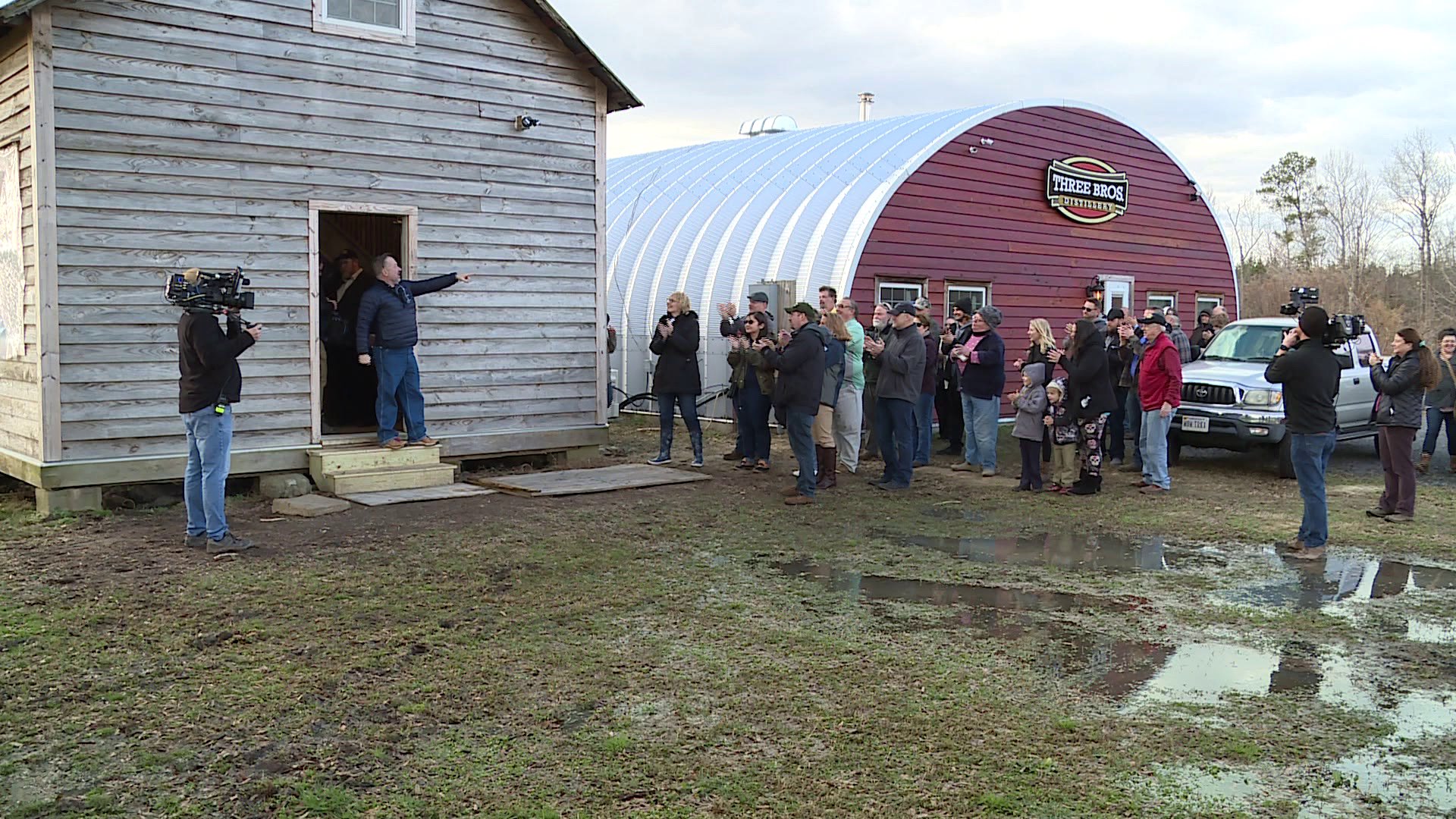 Eat It, Virginia! with Scott and Robey is a podcast driven by food. We discuss Richmond restaurants and food events, answer your most pressing food-related questions, and share listener-submitted dining suggestions. Email the show here.