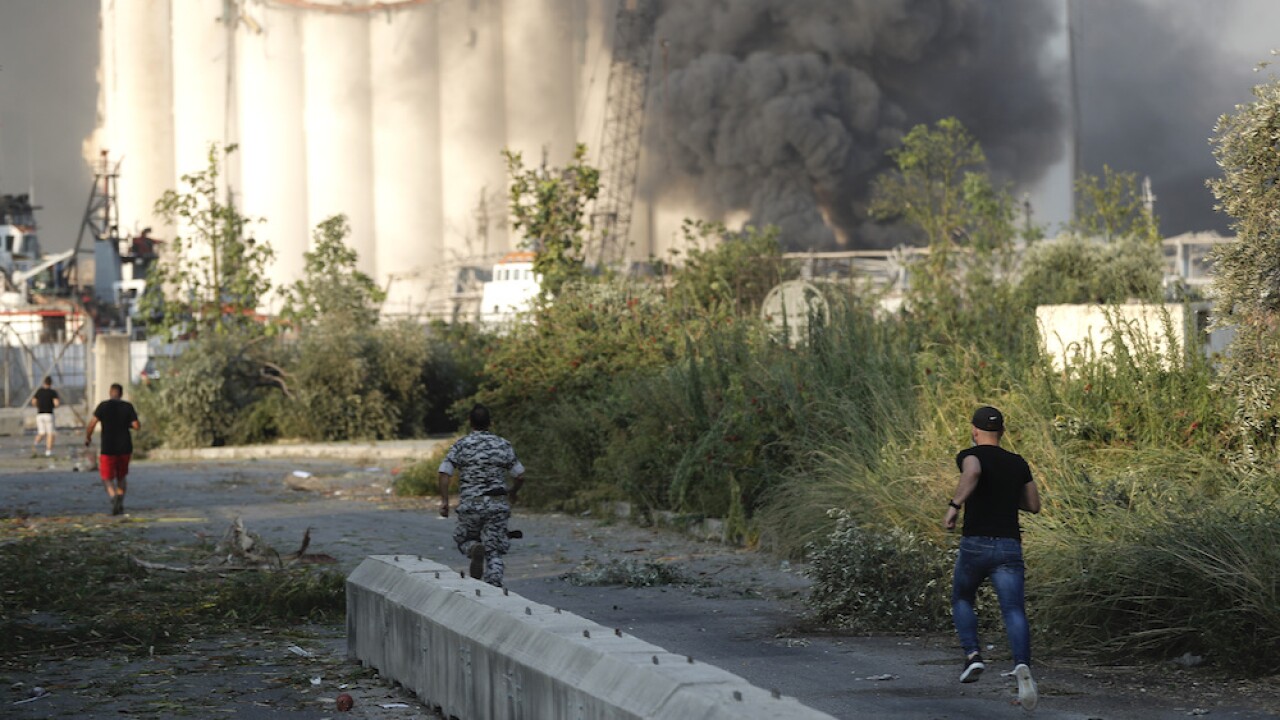 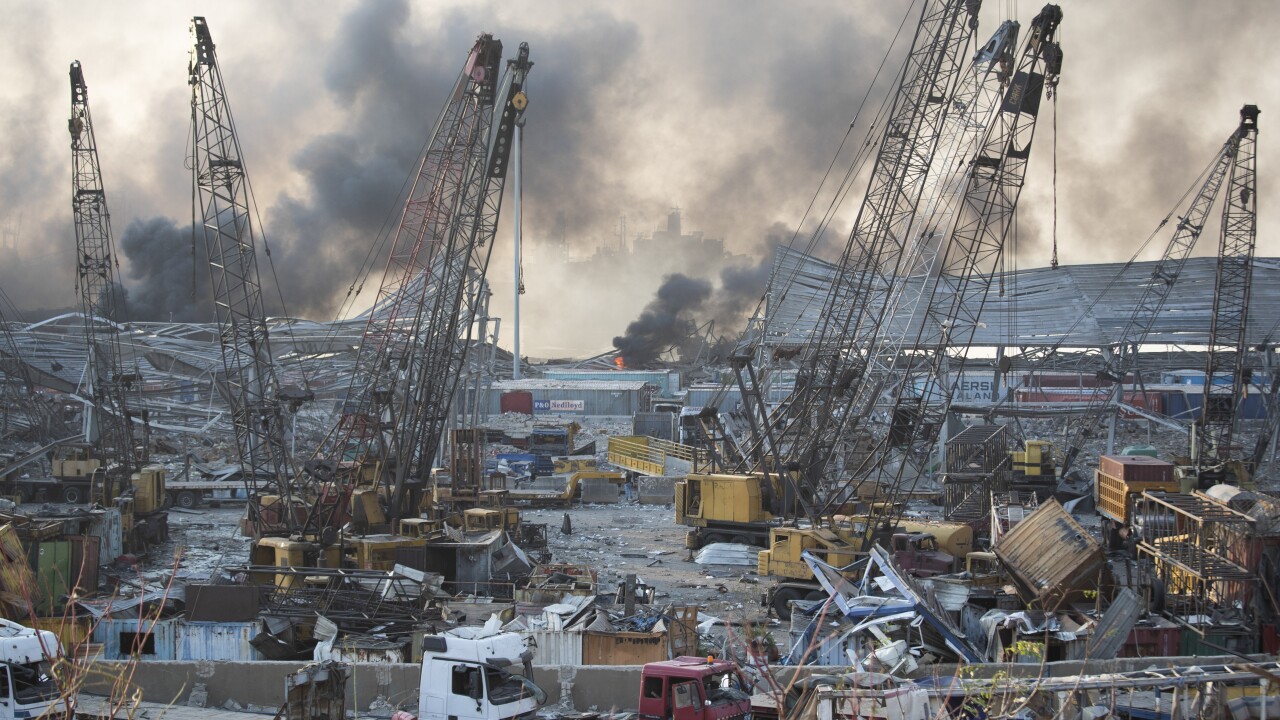 BEIRUT, Lebanon — Lebanon's health minister says more than 70 people were killed and more than 3,000 were injured in the huge explosion that rocked Beirut.

The blast Tuesday flattened much of the city's port, damaging buildings across the capital and sending a giant mushroom cloud into the sky. Hours later, ambulances still carried away the wounded as army helicopters helped battle fires raging at the port

My brother sent me this, we live 10 KM away from the explosion site and the glass of our bldgs got shattered. #Lebanon pic.twitter.com/MPByBc673m

Video of the explosion at Beirut port caught from the sea#إنفجار_بيروت pic.twitter.com/ddDZQfBgzp

The sudden devastation overwhelmed a country already struggling with both the coronavirus pandemic and an economic crisis. Beirut hospitals quickly filled beyond capacity, pleading for blood supplies, and generators to keep their lights on.

A civil defense official said his men had evacuated dozens to hospitals and that there were still bodies under debris. An Associated Press photographer near the port saw people lying hurt on the ground.

Lebanese Red Cross official Georges Kettaneh said there were dead and wounded, but did not have an exact figure, just saying there were hundreds of casualties.

The cause of the blast was not immediately known. The state-run National News Agency reported that the source of the explosion was a major fire at a warehouse for firecrackers near the port in Beirut, according to CNN.

An Israeli government official says Israel “had nothing to do” with it.

The blast was stunning even for a city that has seen civil war, suicide bombings, and bombardment by Israel. It could be heard and felt as far away as Cyprus, across the Mediterranean.

The explosion came the same day that dozens of Lebanese protesters tried to storm the Ministry of Energy, angered by prolonged power cuts as the country grapples with a crippling economic crisis.

Security forces pushed back against the angry protesters, chasing away some who breached the ministry perimeter. Scuffles ensued as protesters pushed the metal barricade and said they plan to set up a sit-in at the ministry.

It's unclear if the protests were linked to the explosion.

Lebanon's economic and financial crisis poses the most significant threat to the country since a devastating 15-year civil war ended in 1990. The highly indebted government is facing rapid inflation, soaring unemployment, and poverty and has been unable to provide essential resources.