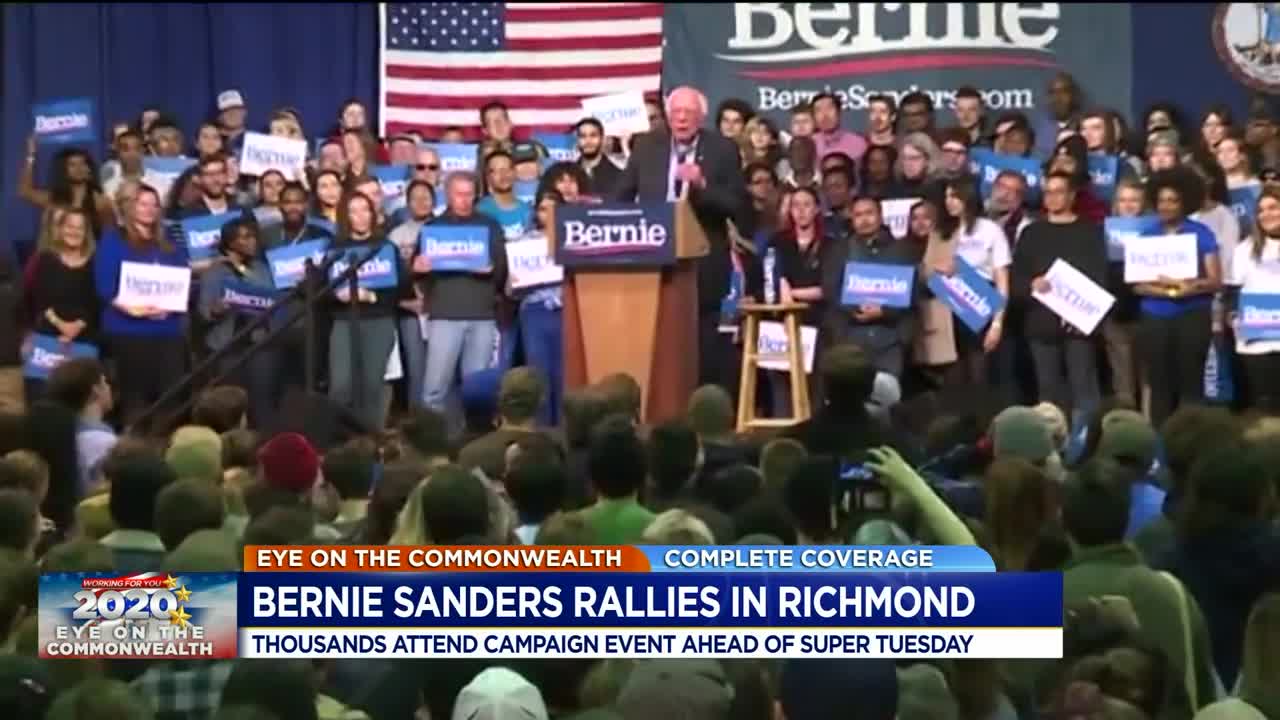 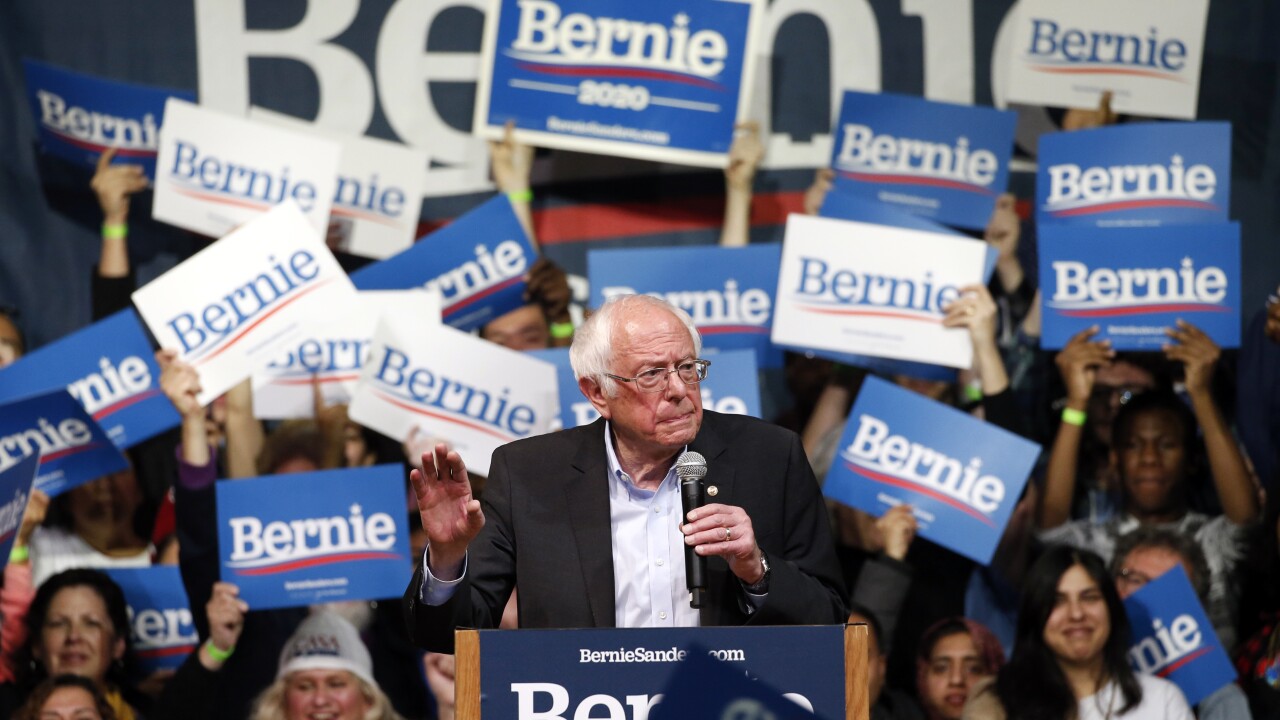 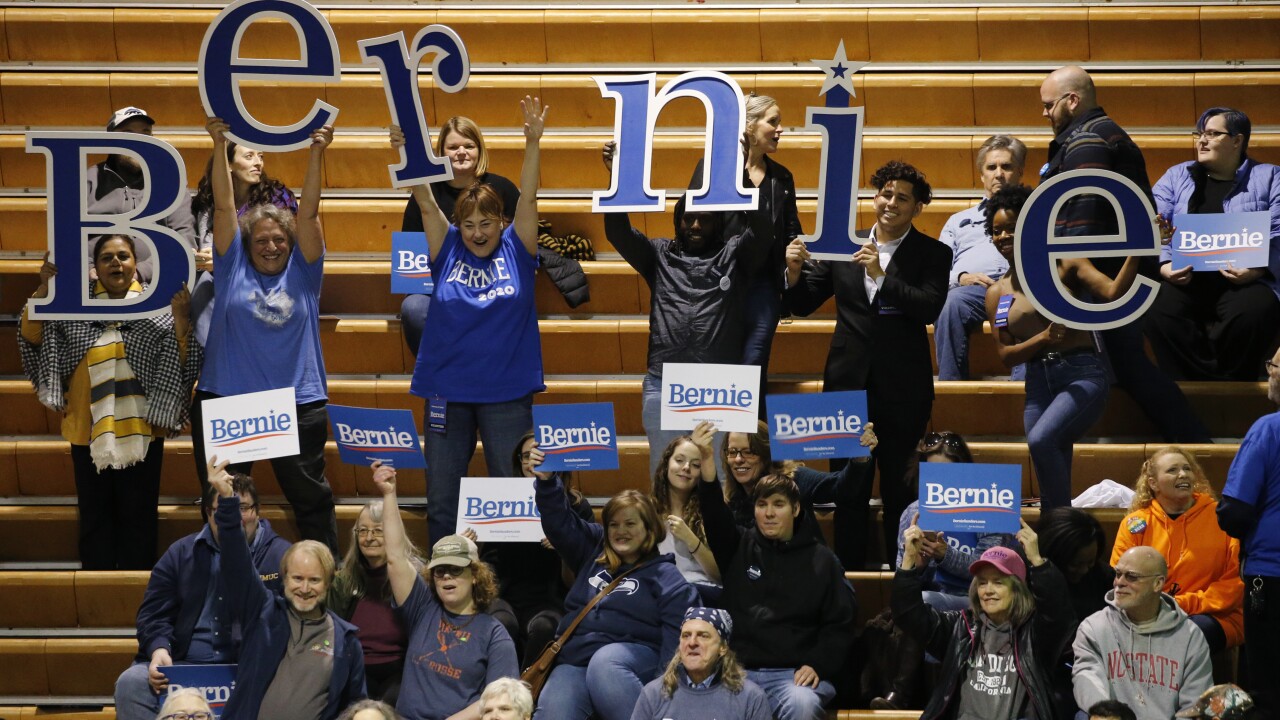 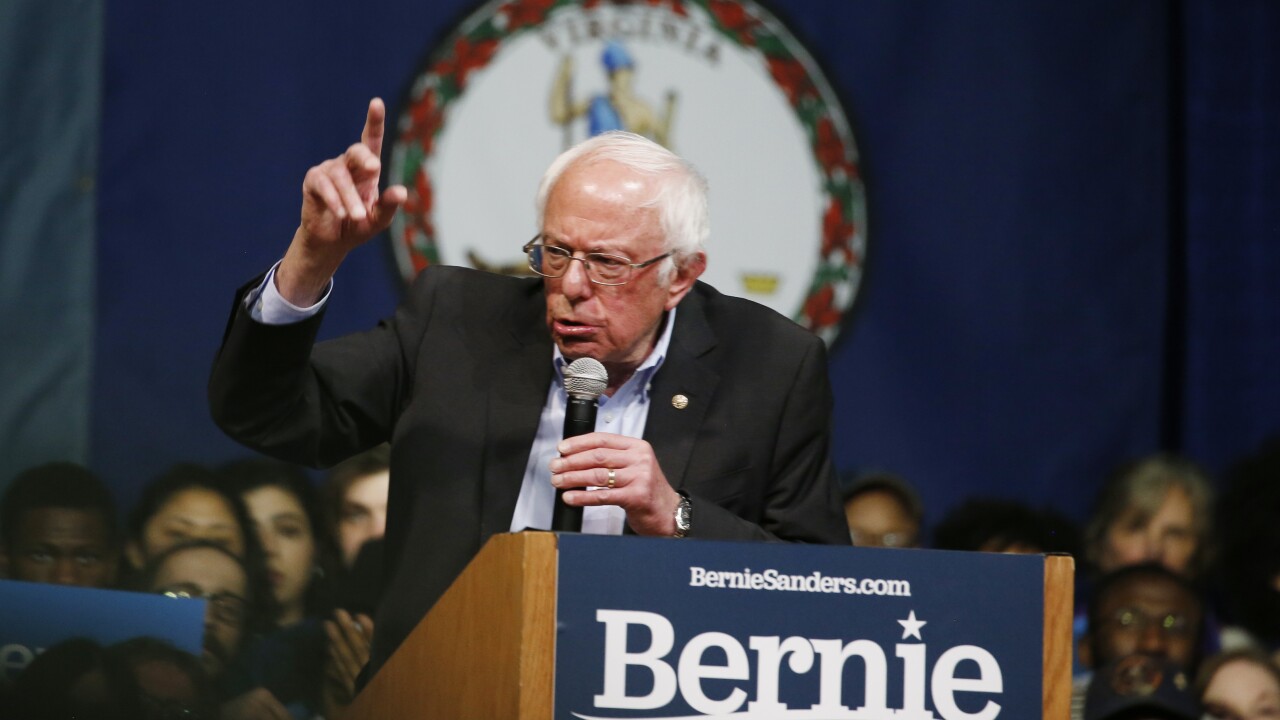 After cracking a joke about the crowd size, which was an estimated 4,700, and a reference to the need for a new venue, Sanders went on the offensive.

“When the establishment Democrats see crowds like this, they get nervous. They say there’s no way he can defeat Trump. Well take a look at the last 50 national polls that have been done. We win in 47 of them - including Virginia,” Sanders told an energized crowd at the Arthur Ashe Center.

During his speech, Sanders didn’t focus much on his primary opponents, but instead spent most of the time criticizing the presidency of Donald Trump and how his campaign will beat him in the general election.

“Young people are going to play a more profound role in this election than in any election in history," said Sanders. “We want a government that represents workers, not billionaires.”

Sanders also touted the policies he’ll enact if he is elected in November. Those things include reforming the criminal justice system, addressing climate change, and universal healthcare.

“What the Canadians are able to do, and Europeans are able to do, is provide healthcare to all of their people at half of the cost that we spend. We are spending double what other counties spend - yet we have 87 million who are uninsured,” said Sanders.

“We have a pharmaceutical industry that is not only greedy, but corrupt. They engage in price fixing... so we say to them, your greed is about to end,” he added.

Sanders also said he plans to end the “war on drugs” and legalize marijuana in every state.

Doors opened at 2 p.m., but some Sanders supporters gathered outside the arena hours beforehand to ensure they had a spot inside.

He is currently considered the front-runner for the Democratic presidential nomination. Recent polls have him either tied or leading the race in Virginia.