Opponents protest bill that would increase required vaccines for students

Protesters say the bill gives away too much state power to a federal agency. 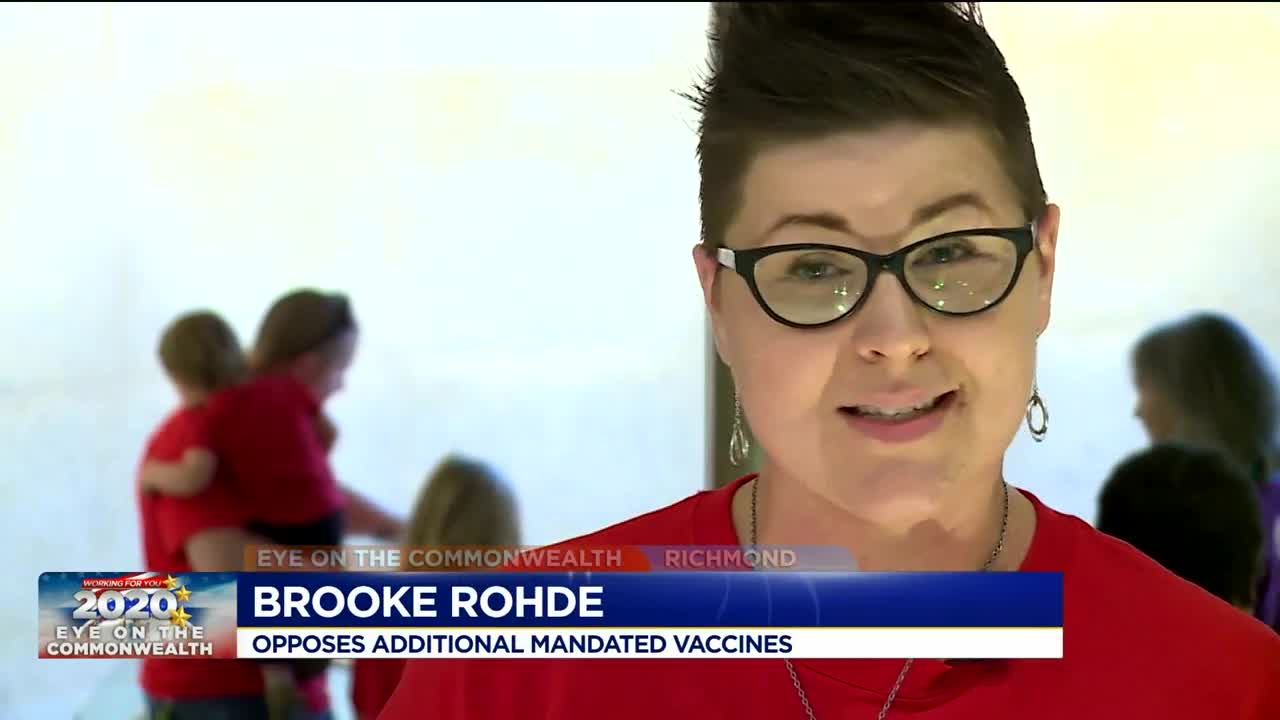 Dozens of people rallied at the Virginia State Capitol on Monday in opposition to a bill that would change who manages the state’s list of required vaccines for school children. 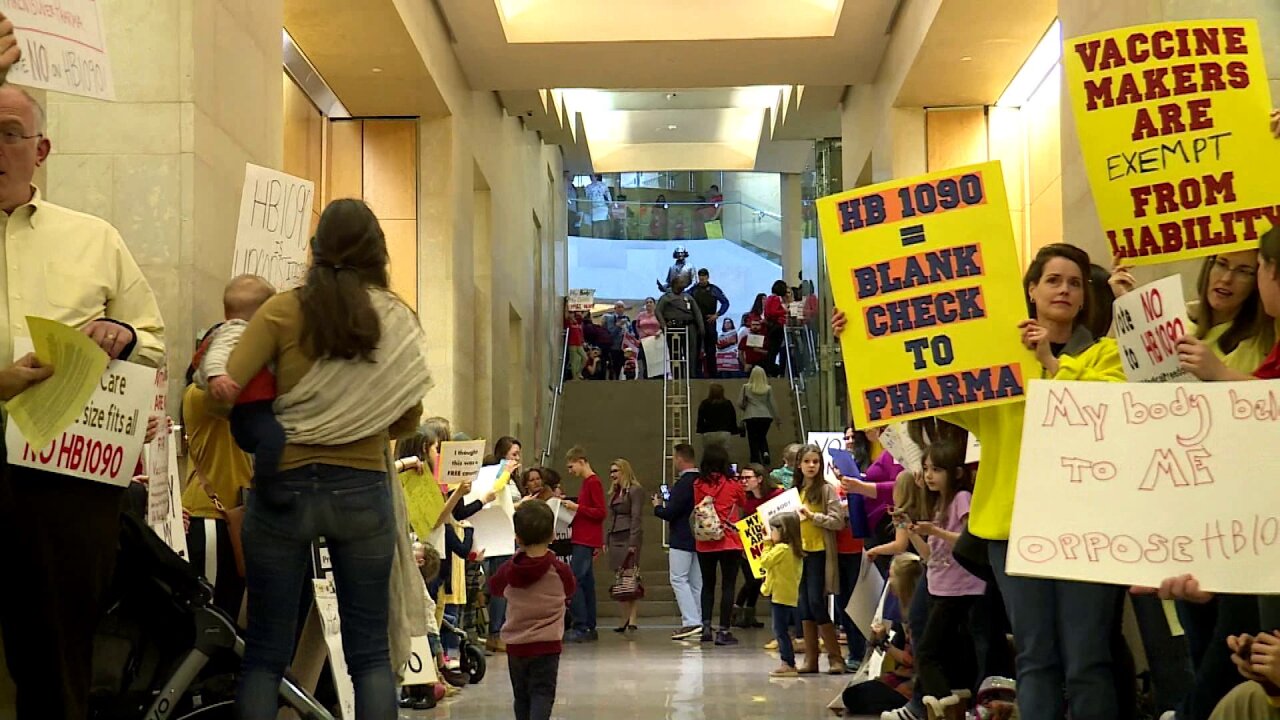 RICHMOND, Va. -- Dozens of people rallied at the Virginia State Capitol on Monday in opposition to a bill that would change who manages the state’s list of required vaccines for school children.

Currently, the list, which includes nine immunizations, is updated through legislation by Virginia lawmakers. HB1090, introduced by Del. Patrick Hope (D - 47th), would instead require the state's list match the recommendations listed by the Centers for Disease Control and Prevention (CDC).

“The CDC puts out these scheduled vaccines, that are life-saving vaccines, that Virginia has in our code. We list them individually. We have not amended that section of the code since 2008 and in that time period, four life-saving vaccines have been added to the CDC’s list that are not included in on what our kids should get. Hepatitis, meningitis, rotavirus, and HPV for boys and anytime you want to update that list you have to bring in the vaccine one-by-one to edit,” said Hope.

If passed, the four vaccines mentioned by Hope would be added to Virginia’s list and any time the CDC updates its recommendations, those, too, would be added.

Opponents of the bill said it gives away too much state power to a federal agency.

“As a Virginia voter, we want our constituents to keep the laws of Virginia within Virginia and not follow federal guidelines and be able to establish our own state guidelines based on the interest of Virginians,” said Kathleen Medaries with Virginia Freedom Keepers. “The problem with this bill is that it not only updates our vaccine schedule with an addition of four vaccines, but it also allows the CDC to mandate any of the 260 vaccines that are currently in the pipeline without question and debate in the state of Virginia among our health professionals.”

Hope said the bill does not take any power away from Virginia, but instead switches the list from an opt-in model to an opt-out one.

“We do not divest our ability to take vaccines off that list,” said Hope. “If you wanted to exempt a vaccine from that list that comes forward. All you’d have to do is write a bill to amend that section of the code to exempt a life-saving vaccine.”

The bill has passed the House and was scheduled for a third reading and vote in the Senate on Monday, but the bill was passed by for the day.

Hope said if the bill passes the Senate, there are differences between their version and the House version that will have to be worked out.