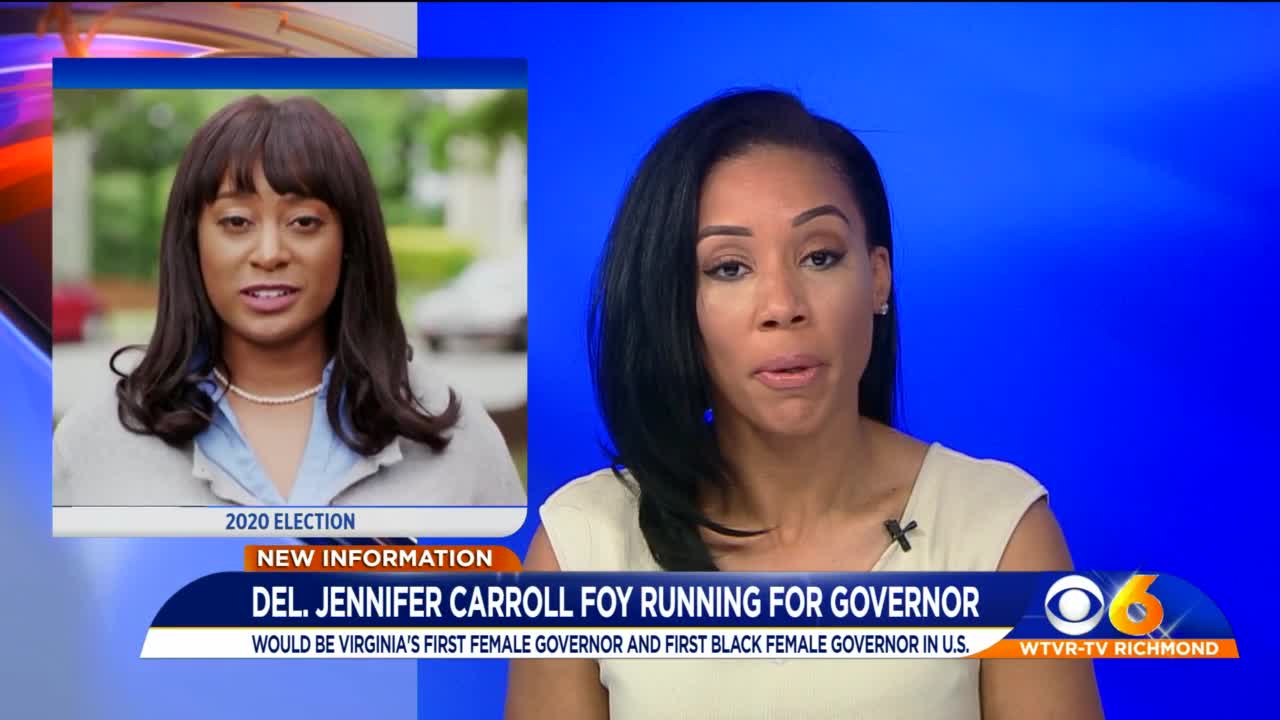 Virginia Delegate Jennifer Carroll Foy (D-Prince William) announced Wednesday that she is running for Governor of Virginia in 2021. 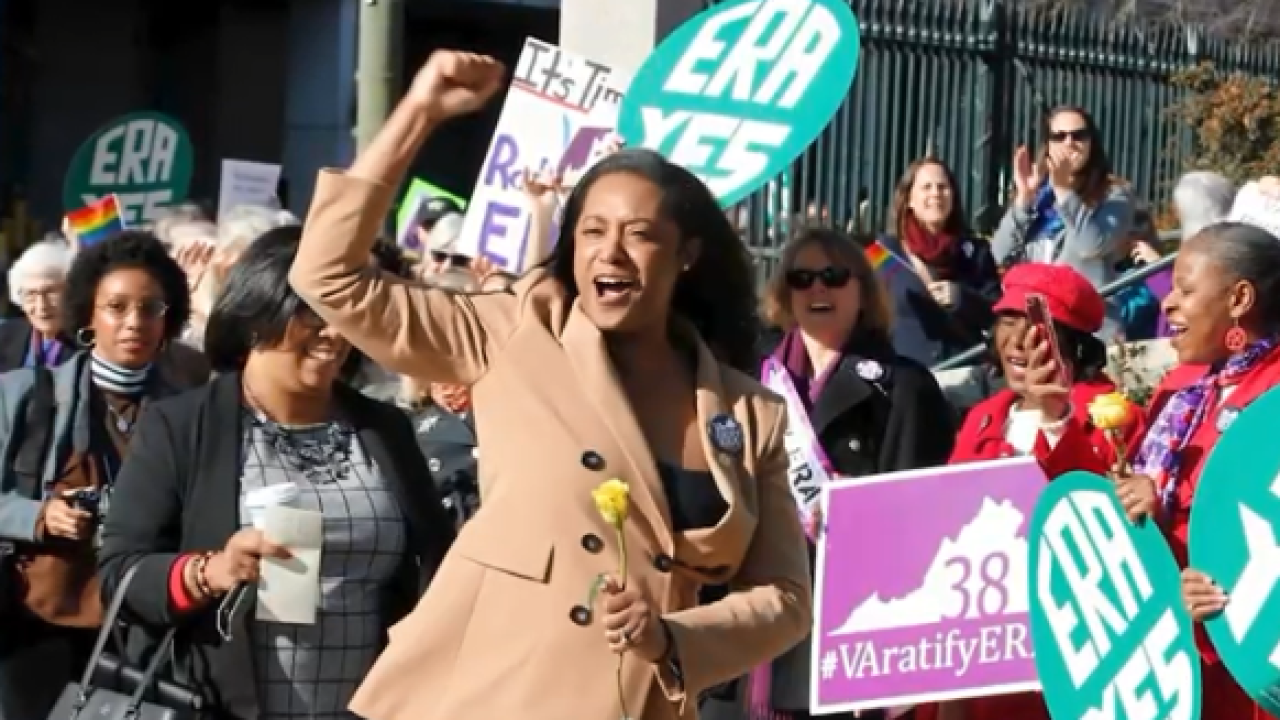 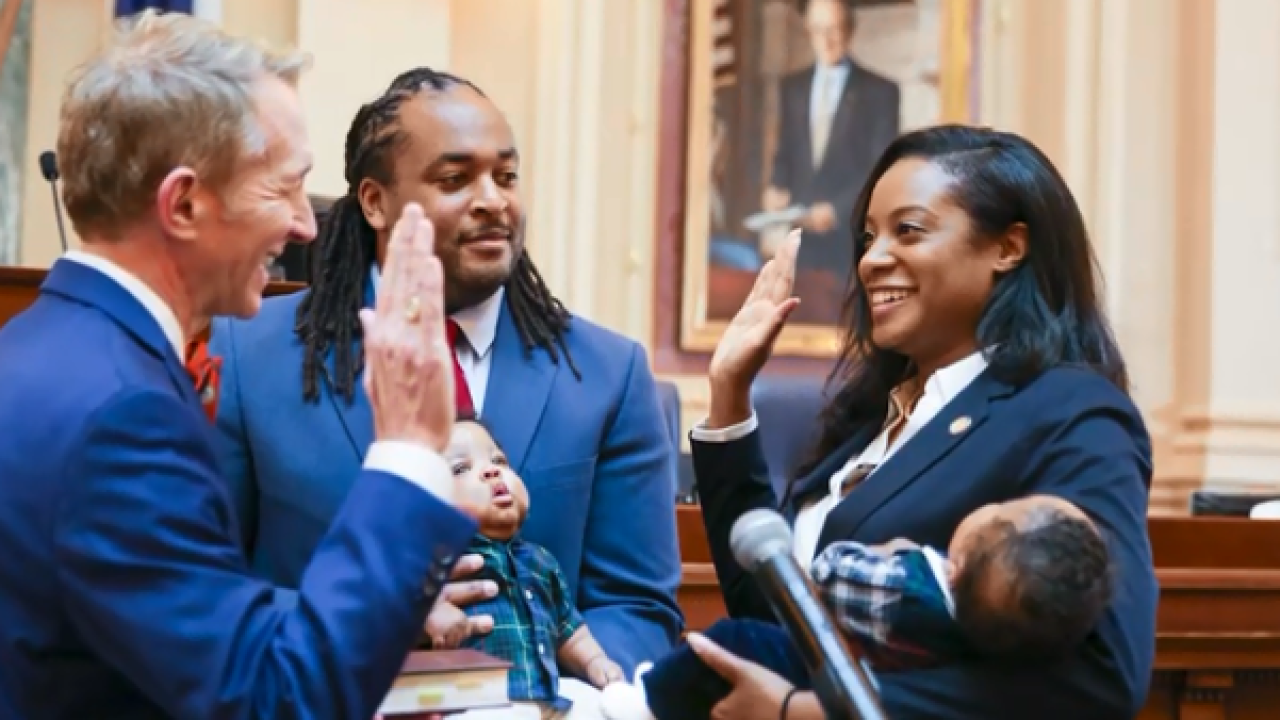 WOODBRIDGE, Va. -- Virginia Delegate Jennifer Carroll Foy (D-Prince William) announced Wednesday that she is running for Governor of Virginia in 2021.

The Petersburg native is currently a 2-term delegate representing Woodbridge and portions of Prince William County and North Stafford.

“Growing up, my family faced challenges — many of the same challenges Virginians face today," said Foy. "Back then, I was taught by my grandmother ‘If you have it, you have to give it.’ I’m ready to give my all to Virginians — that’s why I’m running for governor."

“The COVID-19 pandemic has changed life for all Virginians. This crisis has exposed what was just beneath the surface: in the wealthiest and most powerful nation in the world, in one of the wealthiest states in the country, working families don’t have what they need to thrive. The status quo has left us with a deeply broken system where too many Virginians are working too hard for too little and can’t catch a break.

In regards to her gubernatorial campaign, Foy said some of her focuses will be affordable healthcare and criminal justice reform.

“I have a clear vision for how to move Virginia forward: one where healthcare is affordable for all. Where everyone has a good job that helps their family get ahead, instead of barely get by, and where we implement solutions to our infrastructure crisis. Where the criminal justice system is no longer broken, and all Virginians are treated with dignity no matter what they look like or who they are,” said Foy.

This crisis has forced us to reckon with a truth that's been just beneath the surface: working families don’t have what they need to thrive.

Today, I'm launching my campaign for Governor of Virginia because we need a leader who won't back down in the fight for what’s right. pic.twitter.com/uOmlL3yu0b

The delegate touted her time with House of Delegates where she helped expand Medicaid coverage, led Virginia’s effort to ratify the Equal Rights Amendment, and passed over 15 bills with broad bipartisan support, including bills to give veteran and women-owned businesses more access to capital, to create career and technical education opportunities for Virginia students.

“We can’t wait for problems to be solved — the time for action is now. It’s time we listened to those who haven’t been listened to before, and it’s time for fresh leadership. I’m ready to be the leader Virginia needs,” she added.

Foy was first elected to the House of Delegates in 2017 when she flipped a district from red to blue with 63% of the vote.

An attorney by trade, Foy was one of the first women to graduate from Virginia Military Institute.

The delegate will likely face off against Virginia Lieutenant Governor Justin Fairfax and Virginia Attorney General Mark Herring in the Democratic primary. Fairfax and Herring have said they plan to run, but have not officially announced their candidacy.