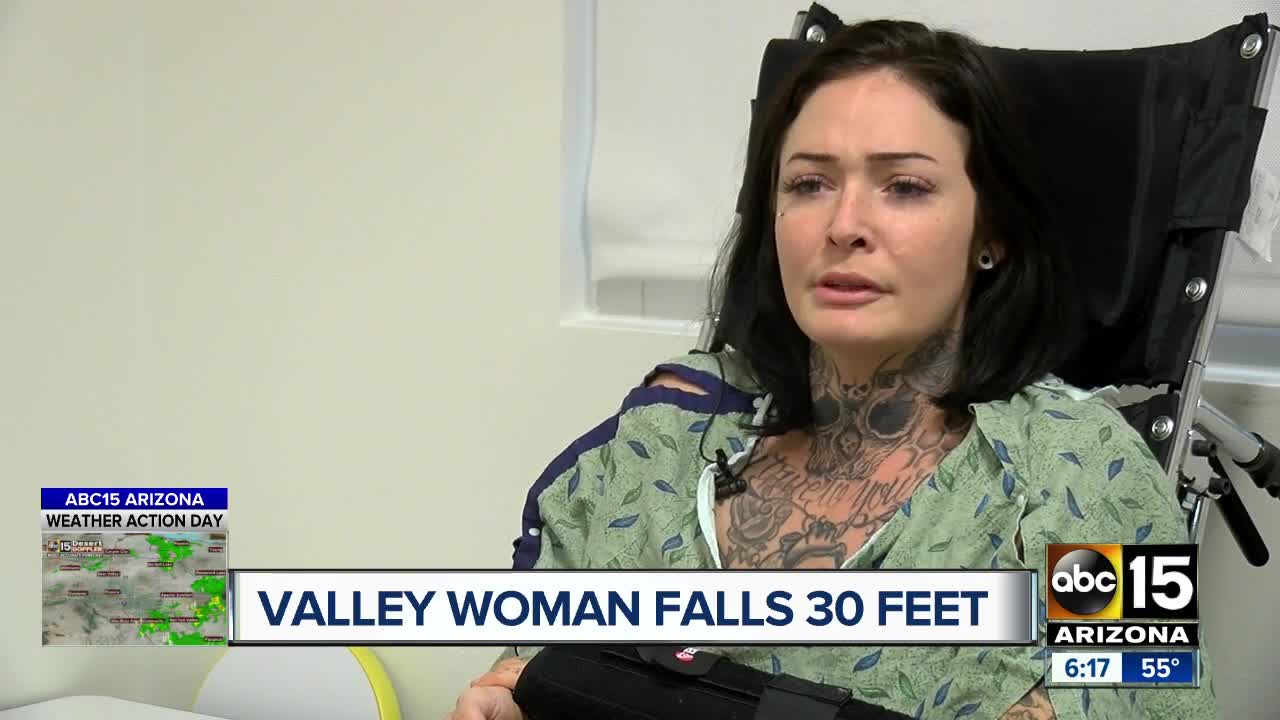 A Phoenix woman says a dizzy spell is all it took before she found herself in a free fall off a Valley hiking trail. 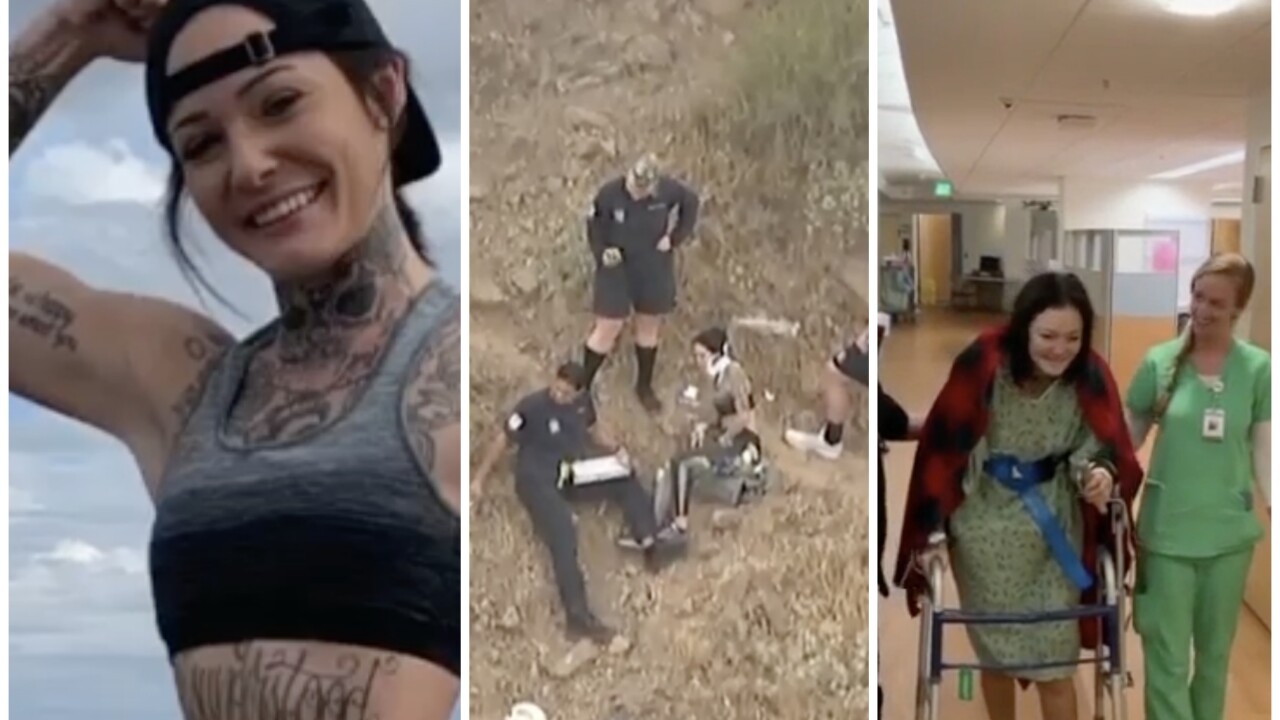 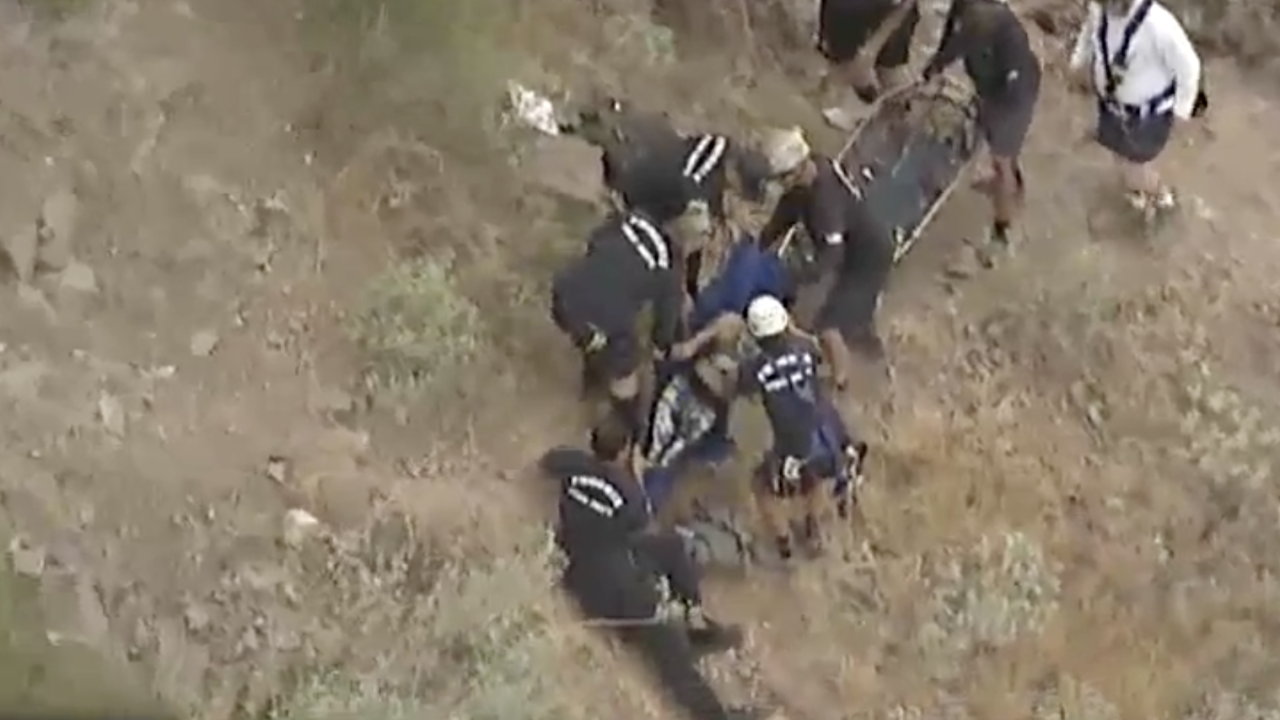 PHOENIX — A Phoenix woman says a dizzy spell is all it took before she found herself in a free fall off a hiking trail.

Natasha Smith is now taking baby steps alongside physical therapists at Honor Health Deer Valley Medical Center after a horrific accident off a hiking trail she knows all too well.

"I go there every single day, seven days a week, sometimes twice a day," Smith said.

On Tuesday, Smith made her way up Lookout Mountain again, marveling all the views along the way.

"Beautiful day, I mean there were tons of people hiking, it was the perfect amount of overcast, the weather was perfect, it was gorgeous," she said.

But when she reached the top, that feeling of glory was quickly replaced by fear and pain. She'd snapped a couple of pictures, drank some water, and that's when she began feeling a bit dizzy.

"I went to sit down, and the next thing I know, I'm tumbling backward," Smith said.

Smith remembers bracing for the impact in mid-air and hitting the rocky ground after falling 30 feet. The pain was indescribable.

"I wasn't able to move, I tried to move my foot an inch, and I screamed," Smith said.

Her pelvis was broken in three places. Both her wrist and tailbone were broken as well.

The Phoenix Fire Department hiked up to where she was. Her injuries so severe the only way down was by air.

"We got that basket up there, packaged her in it, and then our chopper did a hoist operation where we actually bring that basket up," Phoenix Fire Department Captain Rob McDade said.

Now on a long and difficult road to recovery, Smith reflects on just how close she was to not being here.

"I looked behind me, and there was a memorial plaque on the wall, where a gentleman in 2008 fell right there and didn't make it," Smith said.

Now, she says she wants to thank the men and women who made sure she did.

"I just really want the community to understand how grateful I am to the responders to everybody that was involved because, without them, I wouldn't be here," Smith said.

This story was originally published by Cameron Polom on KNXV in Phoenix.