Whales and lobstermen: The complication off the shores of Portland, Maine

Effort to save whales affecting lobster industry in Maine 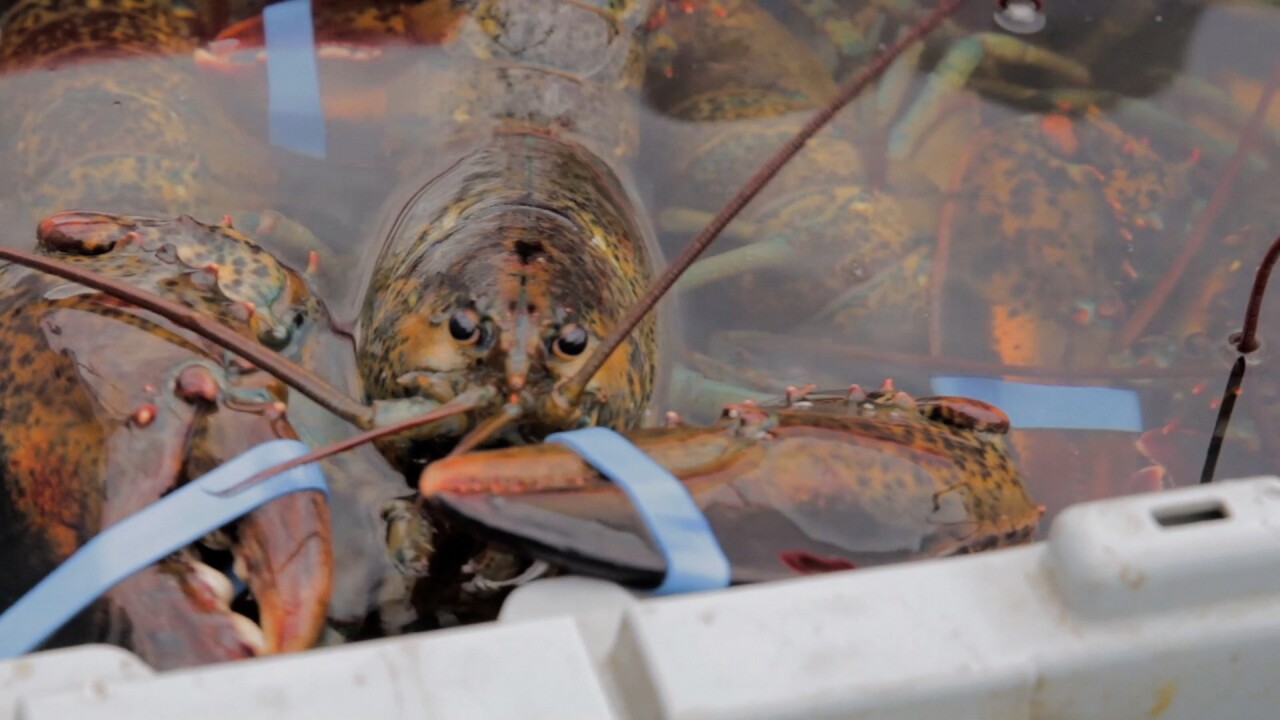 PORTLAND, Maine – There’s a conflict in the water off the shores of Maine. It’s both environmental and economic.

An effort to save the whales is starting to affect how lobstermen make a living.

Portland, Maine is the essence of New England.

“Portland Harbor has been a fishing port since it became an industrialized fishery,” said Steve Train, who has been a lobsterman for 40 years.

The saltwater town is known for its harbor, its fish and chips, but mostly its lobster.

“You know Maine was one of the first places settled in this country, and fishing was a big part of it and it still is,” Train said.

Lobster is a way of life in Maine. Most men who grew up there knew they were going to be lobstermen since they were kids.

According to Colby College economics, Maine has somewhere near 4,800 harvesters who fish for lobsters. The industry supports thousands more jobs on shore while pumping nearly $1.5 billion into the state’s economy.

“We got an Endanger Species Act,” Train said. “We got a species that is threatened.”

The National Oceanic Atmospheric Administration is trying to save the endangered North Atlantic Right Whale.

The NOAA reports the whales often die in the U.S. and Canadian waters because they get entangled in fishing gear or hit by ships.

According to the NOAA, there are only around 400 of these whales left.

The still-forming federal regulation will cover other parts of New England, but Maine where lobstermen dangle more than 800,000 lines from buoys to the ocean-floor traps at their busiest months, has the most to lose.

The Maine Department of Marine Resources has come up with proposals for its state such as a 50 percent vertical fishing line reduction, and even weak links in the ropes that could help whales break free when entangled.

The Main Lobstermen Association group at first supported a 50 percent reduction in vertical fishing lines, however pulled its support months later after saying it found flaws in the NOAA Fisheries’ analysis.

Some lobstermen claim that using weaker rope or weak links could also be dangerous to inexperienced lobstermen.

“Everything about this job or commercial fishing is dangerous,” Train said. “When you put something in place where the industry hasn’t bought into yet because they don’t believe in it because they don’t think it’s safe, you’re going to have a compliance issue. I think we can get by, I’m not sure it’s as dangerous as they say. But I don’t fish where they fish, I don’t see what they see. And they may have a point.”

The other proposals were also rejected by the MLA. Claiming the plan called for reductions that exceed the documented risk.

Some lobstermen are worried the proposed regulations could possibly slow down the industry as well.

“The further down east, the more tide you get,” Train said. “So, there are areas where this could be an issue, for me I don’t think it will.”

This year, Maine’s harvest of lobster is 40 percent off last year’s pace.

Lobstermen are in jeopardy of bringing in less than 100 million pounds for the first time since 2010.

Since it’s slower, the price for lobster have increased by nearly 20 percent.

The state of Maine is still seeking ways for the Right Whales and lobstermen to co-exist, because the last thing the state wants is for both groups to become extinct.