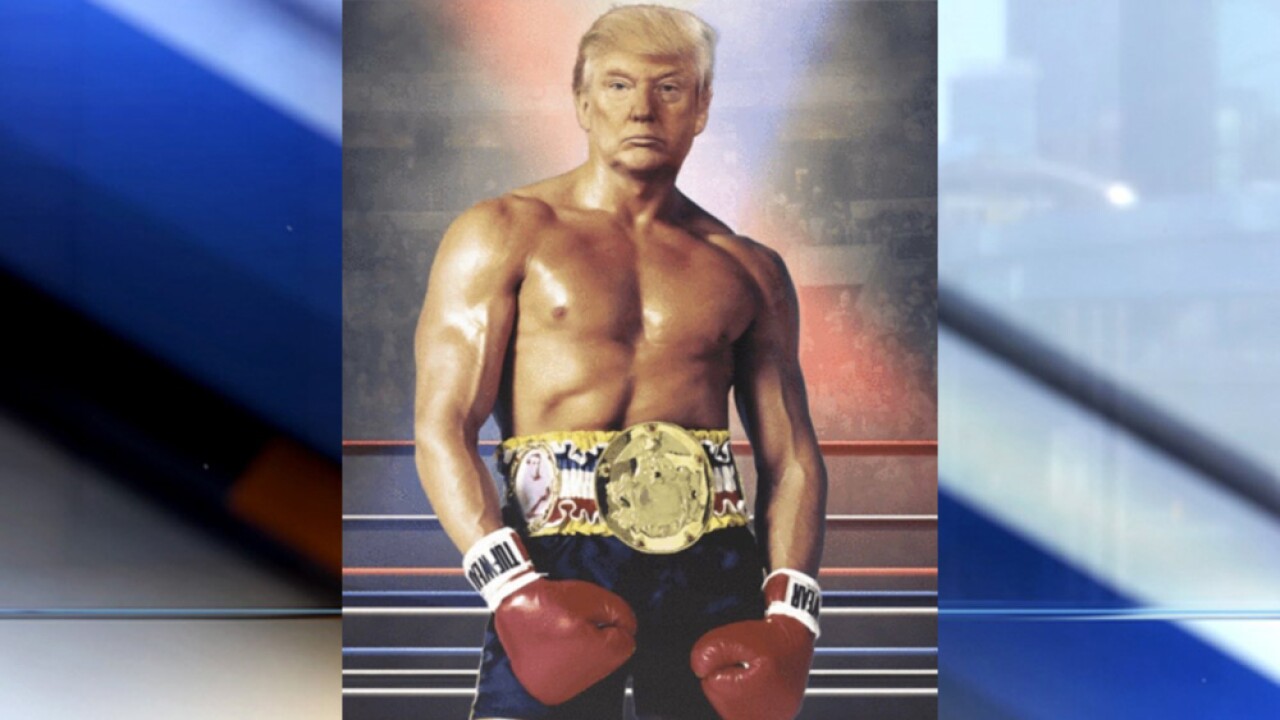 President Donald Trump is known for his outspoken behavior on Twitter, but what happened Wednesday is something totally different.

Around 11:30 a.m., the president, who's currently spending the Thanksgiving holiday at his Mar-a-Lago resort in Palm Beach, Florida, tweeted a photo of himself as "Rocky Balboa," the fictional boxer famously played by Sylvester Stallone.

In the picture, Trump's stern, serious face is superimposed over Rocky's shirtless body, wearing a championship belt and boxing gloves.

The president didn't include any text or explanation in the tweet, just the photo of himself as Rocky.

The image of Rocky Balboa was taken from the movie poster for "Rocky 3," which was released in 1982 and co-starred Mr. T as Rocky's enemy in the ring, Clubber Lang.

It should be noted that the next film in the series, "Rocky 4," was released exactly 34 years ago on Wednesday in 1985. In that movie, Rocky defeated Russian boxer Ivan Drago to lessen tensions between the U.S. and Russia.

Trump briefly mentioned Russia during Tuesday night's rally at the BB&T Center in Sunrise, Florida. He accused Democrats of trying to rip our nation apart with investigations.

"First it was the Russia hoax, and now the same maniacs are pushing the deranged ... impeachment narrative," the president said.

Also at Tuesday's rally, Trump addressed a recent rumor that he had gone to Walter Reed Medical Center because he had suffered a heart attack.

The president denied having any health issues, claiming instead he was getting a physical, and staffers at the medical center told him he had a "gorgeous chest." The tweet of himself as Rocky may have been a reference to this statement.

Trump is scheduled to stay at Mar-a-Lago until Sunday.

This story was originally published on WPTV.