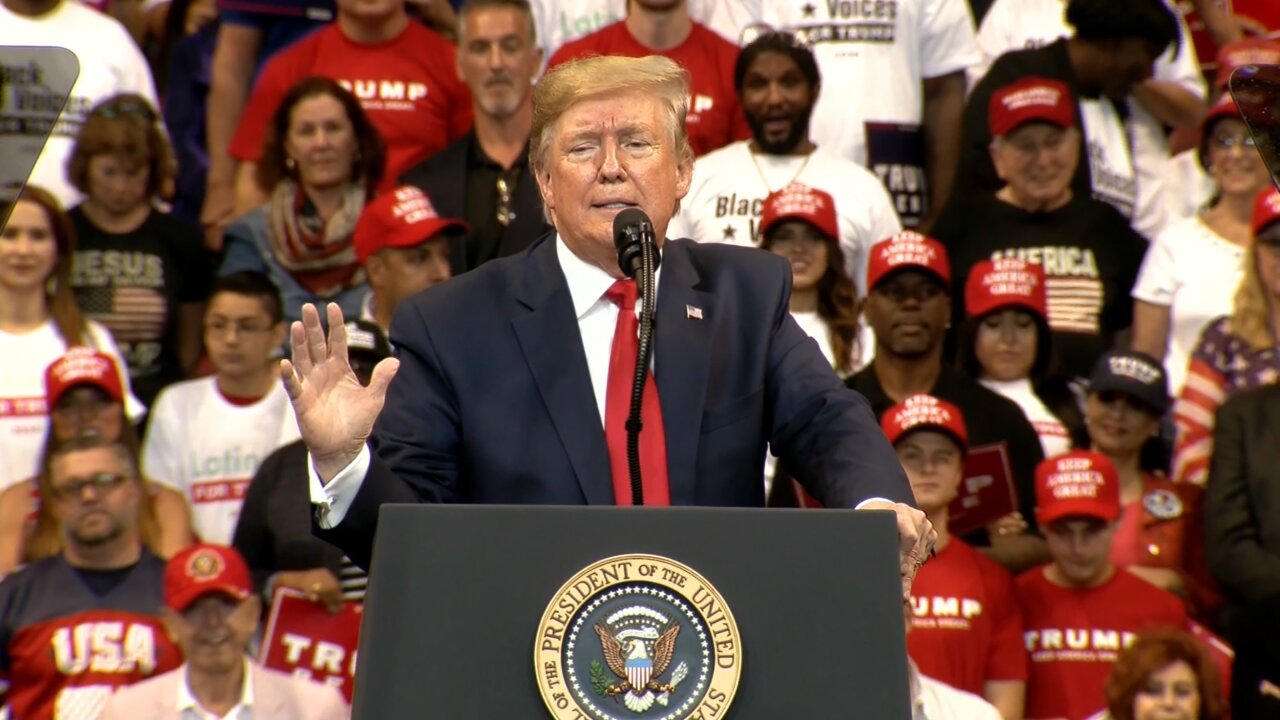 President Donald Trump touted his move to intervene in the cases of three service members accused of war crimes at a campaign rally on Tuesday, framing the objections he faced from senior Pentagon officials as coming from the "deep state."

"Just this week I stuck up for three great warriors against the deep state. You know what I'm talking about," Trump said. "And so many people said, 'Sir, I don't think you should do that.' "

The comments come a day after criticism from Trump's former secretary of the Navy, Richard Spencer, who said the President's intervention in the case of Navy SEAL Eddie Gallagher showed the nation's troops "that you can get away with things." Trump had moved to protect Gallagher from being demoted and removed from the SEALs as the Navy conducted a review of Gallagher's behavior in the incident that led him to be convicted of bringing discredit to the armed services after posing next to a dead ISIS fighter's body.

The move -- along with Trump's pardons of Lt. Clint Lorance and Maj. Matthew Golsteyn, who had also faced war crimes allegations -- came despite objections from the Pentagon. Military leaders, including Defense Secretary Mark Esper, had warned Trump that intervening in the cases could potentially damage the integrity of the military justice system.

But during his rally in Florida on Tuesday, Trump argued that "people have to be able to fight."

"I will always stick up for our great fighters. People can sit there in air conditioned offices and complain, but it doesn't matter to me whatsoever," he said.