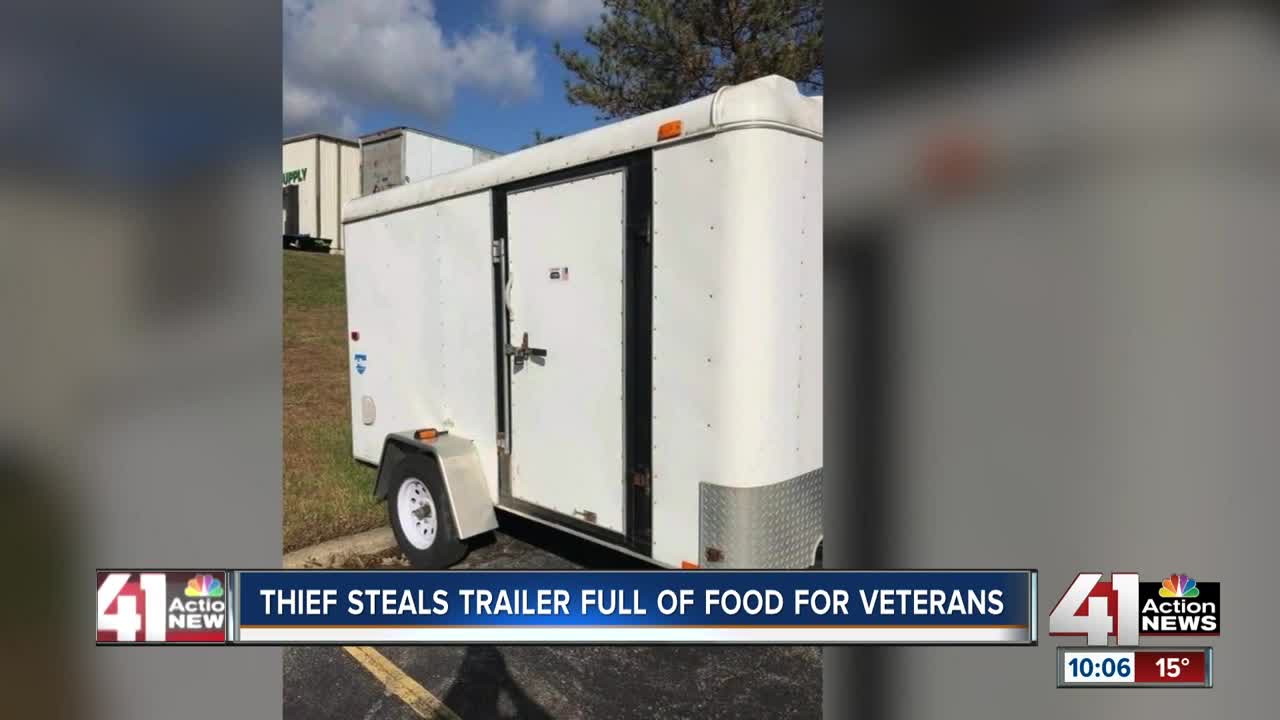 A nonprofit group that planned to deliver thousands of meals to veterans discovered its trailer full of food was stolen on Veterans Day. 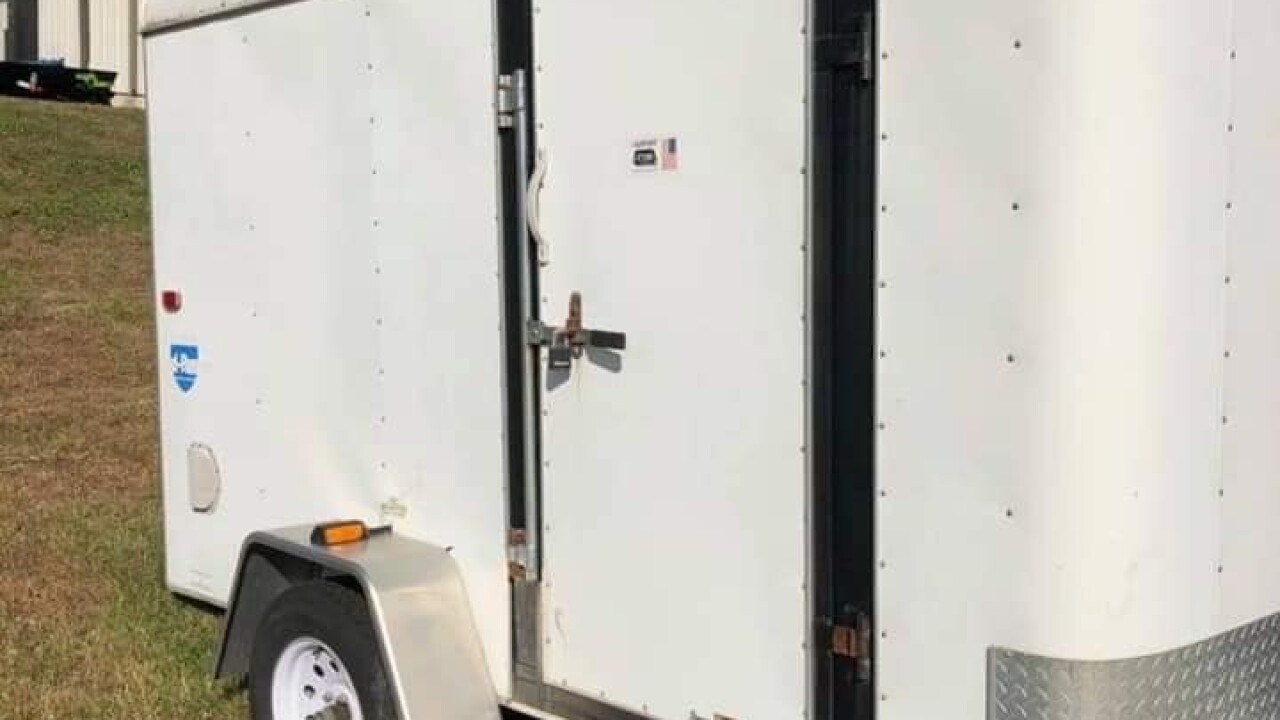 LENEXA, Kan. — A nonprofit group that planned to deliver thousands of meals to veterans next week in the greater Kansas City area said its trailer was stolen on Veterans Day.

"It was a punch in the gut," said Paul Chapa, the founder and president of Friends in Service of Heroes (F.I.S.H.). "You know, such a great day, I mean such a great day, and to come back to this? It's not cool."

Chapa spent Monday driving around the metro, helping put on celebrations for veterans. When he finally drove to F.I.S.H.'s office in Lenexa to drop off some items, he noticed the trailer in front of the building at West 108th Street and Pflumm Road was gone.

"These are the people that provide our freedom,” he said. “Why would someone want to do this?”

The trailer was locked, but inside it was stacked with boxes. Each box was filled with packets of food — 12,100 meals that were going to be distributed to veterans at the Kansas City VA Medical Center on Nov. 21.

"We were just going to give them food," Chapa said. "Every packet [would have fed] six to eight people. Now, it's gone."

The trailer is a 5-foot-by-8-foot enclosed trailer with a Kansas license plate, 133-KMA. Anyone with information is asked to contact the Lenexa Police Department or Chapa through the nonprofit's Facebook page.

F.I.S.H. is a nonprofit dedicated to helping troops, veterans, and their families by providing them with ADA certified service dogs, track chairs, motorized wheelchairs, and food.

This story was originally published by Ariel Rothfield at KSHB.