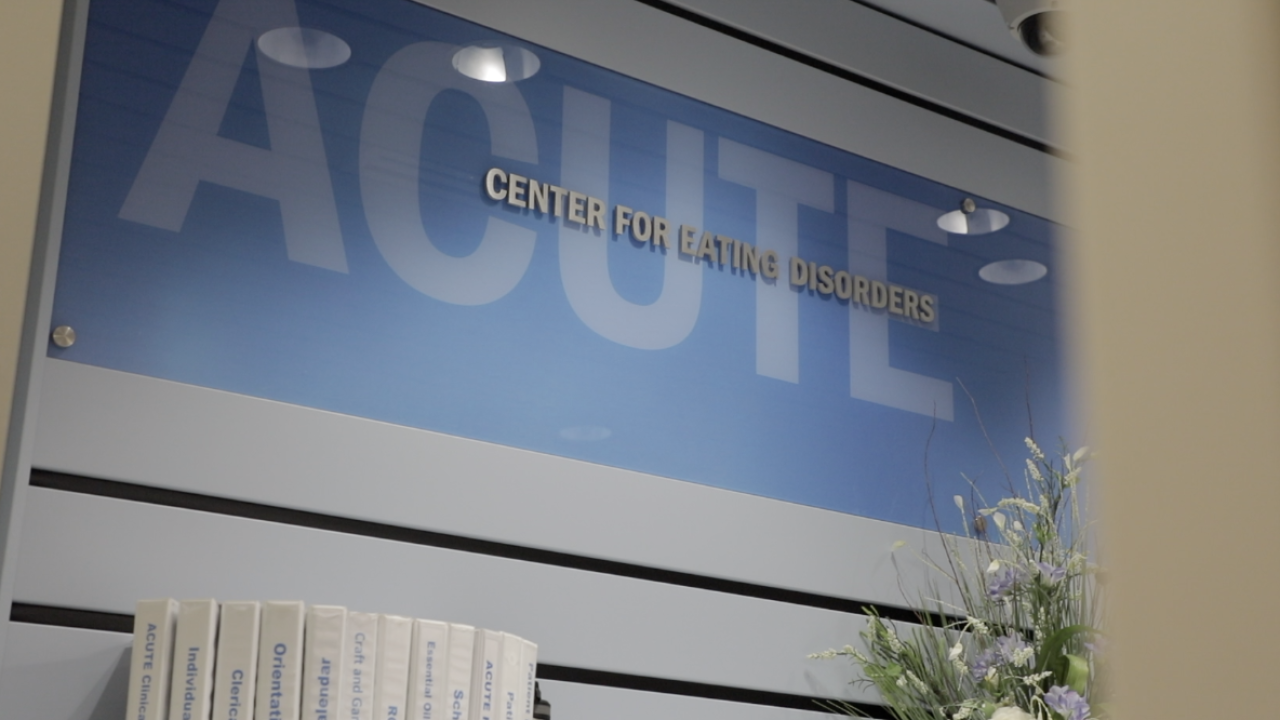 DENVER — Pavilion M is just one of the almost two dozen buildings at Denver Health’s medical campus. From the outside it’s really nondescript, but it really is one of a kind.

Inside is the ACUTE Center for Eating Disorders.

“I’ve devoted my life to this,” said Dr. Philip Mehler, who has worked for Denver health for more than 30 years and was the medical director until 2014.

He retired from that role, but stayed on to run the ACUTE Unit, which he founded. It’s one of the only places you can go if you’re dying from an eating disorder.

“These patients are vulnerable because there are no good resources for these patients at the depth and severity of the illness that they present with at ACUTE,” Mehler said.

Mehler’s passion for helping patients with eating disorders goes back to his days as a resident. A young woman with anorexia checked into the hospital he was working at and died.

“I was struck by the fact that this young person with no other medical problems died from her anorexia nervosa,” Mehler said.

According to the National Association of Anorexia Nervosa and Associated Disorders, at least 30 million Americans suffer from eating disorders and one person dies as a direct result of an eating disorder every 62 minutes.

Heather Davis was almost one of those statistics. She started suffering from anorexia when she was in middle school growing up in New Jersey.

“It was this idea of having two voices in my head and constantly being at war. So the one voice being like 'OK, c’mon like you can eat this, you know you have so many things to live for.' And then the other voice just kind of pushing that down and saying, 'why would you do that? There’s no point,' or 'don’t you care about your body?' or 'don’t you want to ease your anxiety?' ” Davis said.

She loved dancing and going to school with her friends, but she couldn’t shake her eating disorder.

“I could try as hard as hard as I wanted to eat something and my mind and my body would just not allow me ... for my last two years of high school I was, unfortunately, in and out of the hospital quite frequently, really told that I would probably never get better from this, which was really daunting to hear," Davis said. "And it was like, well, why am I going to try so hard if people are telling me I’m never going to get better?”

She didn’t get better, she got worse. She missed prom. Her health deteriorated. She couldn’t go to college.

One of her doctor's discovered the ACUTE Unit, and Davis had a choice. She could go to this one-of-a-kind facility a few thousand miles away from home or, in all likelihood, die in a New Jersey hospital.

Davis chose to be airlifted from New Jersey to Denver to work with Mehler.

“She is one of the sickest patients that I have ever take care of from a medical standpoint," Mehler said. "She was in liver failure, she had hypoglycemia, low blood sugar, she had bleeding issues, she had a collapsed lung, she spent many days in the intensive care unit."

“My body just really stopped working, and we really didn’t know why," Davis said. "At that time, they were trying to insert a peg tube to get calories in me because the muscles in my throat just stopped working, so I couldn’t eat."

Davis and Mehler agree that the ACUTE Unit is probably the only place in North America that could have saved her life. The ACUTE Unit is the only eating disorder program in the U.S. to have a "Center of Excellence" designation, which Mehler says puts it at the level of places like the Mayo Clinic.

“In reality, most physicians have no training in this field. There’s no residency you can do in the medical field in the complications of eating disorders,” Mehler said.

The doctor says he wants to help save these young people’s lives so they can share their stories with others, which is exactly what Davis does now.

“Now I’m a therapist here in Denver, really giving back and supporting patients who are currently in scenarios and situations that I was many years ago,” Davis said. “I like to think that I offer hope like, 'no, don’t give up, it really can get better.' ”

“These are patients that are really at the prime of their life and they have a lot of years still to live, so if we can get them through this illness, they can contribute back and hopefully help us prevent new cases of eating disorders," Mehler said.