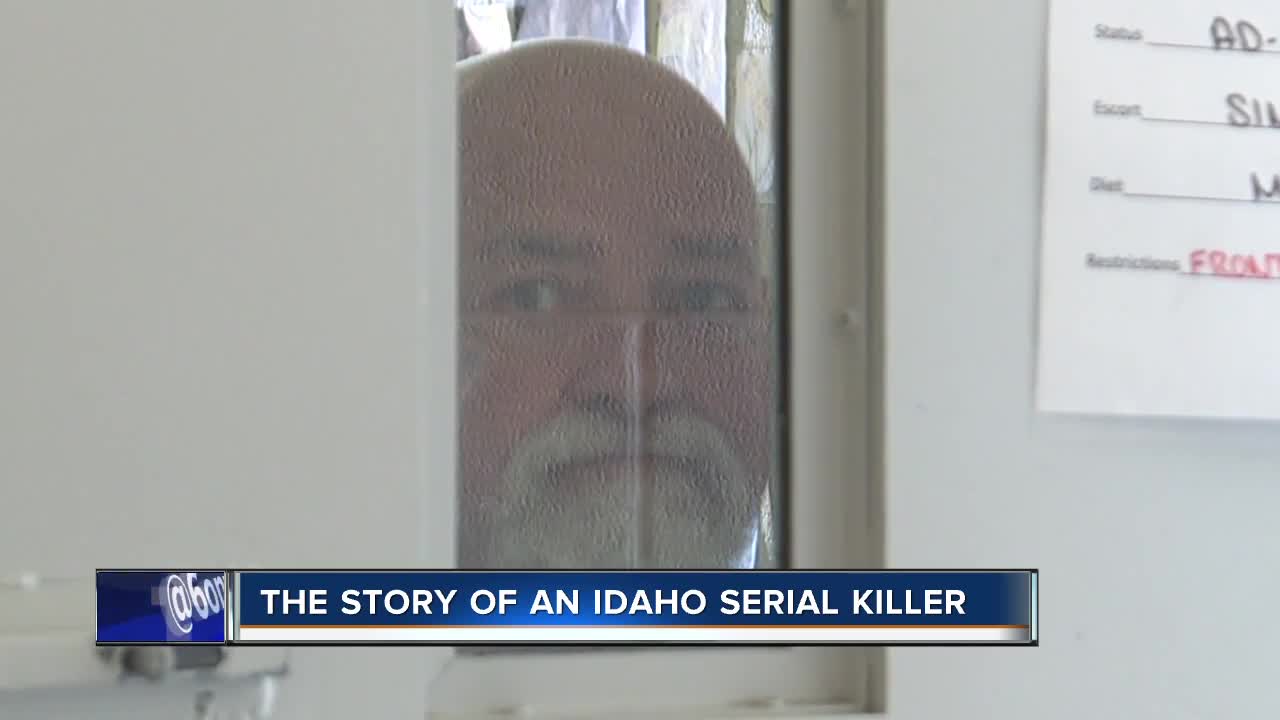 BOISE, Idaho — He’s made claims of killing more than 40 people, and he’s been sitting on death row in Idaho for nearly 40 years for the murder of one.

His name is Thomas Eugene Creech, and he’s been on death row in Idaho for more than 37 years now for the murder of prison inmate David Dale Jensen on May 13, 1981. But that isn’t the only murder Creech is convicted of committing and it isn’t the only time Creech was sentenced to death row.

At the time of the murder in 1981, Jensen and Creech were both inmates housed inside the maximum security prison at Idaho’s penitentiary. Creech was serving time for two murder convictions in Idaho.

“He was convinced to attack and did in fact murder David Jensen, a 22 or 23-year-old young man who was in prison as a car thief,” said Jim Harris, a former Ada County prosecutor who asked for the death penalty against Creech in 1982.

According to court documents, Jensen was partially disabled. Years earlier in an attempted suicide, he shot himself in the head, resulting in the removal of part of his brain and a plastic plate being placed in his skull, causing impaired speech and motor functions.

Court documents say he and Creech were not on good terms. Creech was a janitor at the penitentiary at the time, and court documents say Creech and Jensen had argued about Jensen dirtying the floor, something Creech had to clean up.

Because of his janitorial duties, Creech was the only prisoner who could be out of his cell at the same time as another inmate.

“Both Chuck Palmer and I wrote letters to the penitentiary warden during that time frame, once he was released, warning the warden and the penitentiary system that this was a very dangerous criminal,” Harris said.

Palmer was the Ada County Sheriff at the time. He and Harris, the Ada County prosecuting attorney in 1981, both believed that if Creech were given the opportunity to kill, even while in prison, he would act on it.

That’s what happened on May 13, 1981. Jensen was released from his cell for an hour to exercise and shower but had other plans during that time though. Court documents say Jensen attacked Creech with a sock filled with batteries.

Creech was able to take the weapon away from Jensen, and it was that same weapon Creech would later use to beat Jensen to death.

In an exclusive letter to KIVI from Creech, he admits to that again. "...yes...I killed that guy. But he attacked me," wrote Creech.

Creech went on to claim self-defense in the incident, but prosecution argued he went above and beyond self-defense.

Following that murder in 1981, Creech was handed the death penalty sentence in 1983 for the second time in his life. That wasn’t his first murder.

“His criminal history started at the age of 16,” Harris said.

Harris said Creech spoke to him about his childhood.

“I think it was potentially the loss of his father at a very young age. Particularly since the man, essentially, died in his arms. His first enemy. His first attempted murder was the male nurse that failed to get help to his father before he died,” Harris said.

The Journal-News out of Hamilton, Ohio, wrote that Creech claimed he committed his first murder at the age of 17 by, “drowning a friend in New Miami who he believed was responsible for the traffic death of his girlfriend.” The paper also stated Creech claimed to have killed five people from a motorcycle gang in Ohio for “satanic cult worship rituals.”

In a United Press International article from 1986, writer Steve Green reported that Creech ran away from home and claims to have killed a man in San Francisco in 1965. During that time in San Francisco, sources say Creech became involved with the Church of Satan before it was officially organized in 1969.

In 1973, Creech married Thomasine Loren White. That same year both of them were wanted in connection of the murder of Paul C. Schrader in Tucson, Arizona.

The Tucson Daily Citizen paper reported January 4, 1974 that Schrader was stabbed to death at the Downtown Motor Hotel in Tucson. Creech was arrested for the murder in Beaver, Utah, and taken back to Arizona to face charges. But after hours of deliberation, 23-year-old Creech was acquitted of the murder.

In 1974, Creech and his wife, Thomasine, moved to Portland.

A United Press International article stated that Creech spent some time in the Oregon psychiatric hospital in Salem.

After he was released, he moved into the St. Marks Episcopal Church in Portland and began work as their resident maintenance worker.

In the exclusive letter Creech sent to KIVI, he said his wife Thomasine was raped by 11 men and tossed out a window four-stories high that left her “paralyzed and damaged mentally,” wrote Creech.

She later died by suicide in the Oregon State Hospital. Creech's letter also stated that he killed some of the men who allegedly raped his wife.

An article from the United Press International stated that Dean’s body was found in Creech’s living quarters inside St. Mark’s Episcopal Church in Portland.

And later that same year, two traveling painters were found shot to death in Idaho.

Authorities say Creech and his girlfriend, Carol Spaulding, were hitchhiking from Lewiston to Donnelly, Idaho, when two men by the name of Edward T. Arnold and John Wayne Bradford picked them up in their 1956 Buick. Creech shot Bradford and Arnold, then partially buried their bodies off Highway 55 in Donnelly.

The judge in the case, J. Ray Durtschi, said Creech denied killing the two in Idaho in court, but admitted to being a mass murderer. Durtschi recorded his recollection of Creech’s original 1975 trial in an audio recording for the Idaho Historical Society before his passing.

“It was verified that they did find some of the bodies that he identified before them and showed them where they was. That was his defense in my case. He says, 'my goodness, I'm admitting I killed all these other people. I wouldn't deny this if I had done it,' ” Durtschi said.

A statement from the Idaho Supreme Court noted, “Creech ‘has admitted to killing or participating in the killing of at least 26 people. The bodies of 11 of his victims who were shot, stabbed, beaten or strangled to death have been recovered in seven states.”

"They found a large number of skeletons that Tom led them to in a mine shaft in California," Harris said.

Durtschi also made this statement inside the courthouse in Wallace, Idaho: “Law enforcement officers were worried about him in the trial. Worried about security because of all the rumors getting around that he had been a member of the Hell’s Angels and they were going to come up her and break him out. And I moved him up to Wallace to try him where there had not been any publicity.”

Durtschi found Creech guilty of the Donnelly murders and sentenced him to hang in March 1976.

At that time, Idaho’s law stated a first degree murder charge was a mandatory death sentence. That law was later ruled unconstitutional by the Idaho Supreme Court in 1979, and Creech was sentenced to life in prison.

That didn’t sit well with Palmer or Harris.

"In our opinion, Creech was a psychotic and he didn't like inmates and he would probably kill someone if they didn't supervise him very closely around other inmates. It was a short time after that Creech was allowed trustee status and given full run of several sections of maximum security as a janitor,” Harris said.

That statement was almost a foreshadowing of what was to come a mere two years later when Creech killed again.

The prosecution quoted this statement made by Creech in court, “And OK. I kicked him a couple more times and he was laying there bleeding real bad and breathing real funny.”

By 1982, Creech was convicted for the murder of Jensen and he was back on death row.

Then, just a few years later, Creech filed a writ of habeas corpus.

Creech was scheduled for execution, again, in 1999, but on June 14 of that year, the Federal District Court granted a stay of execution.

This story was originally published on KIVI.