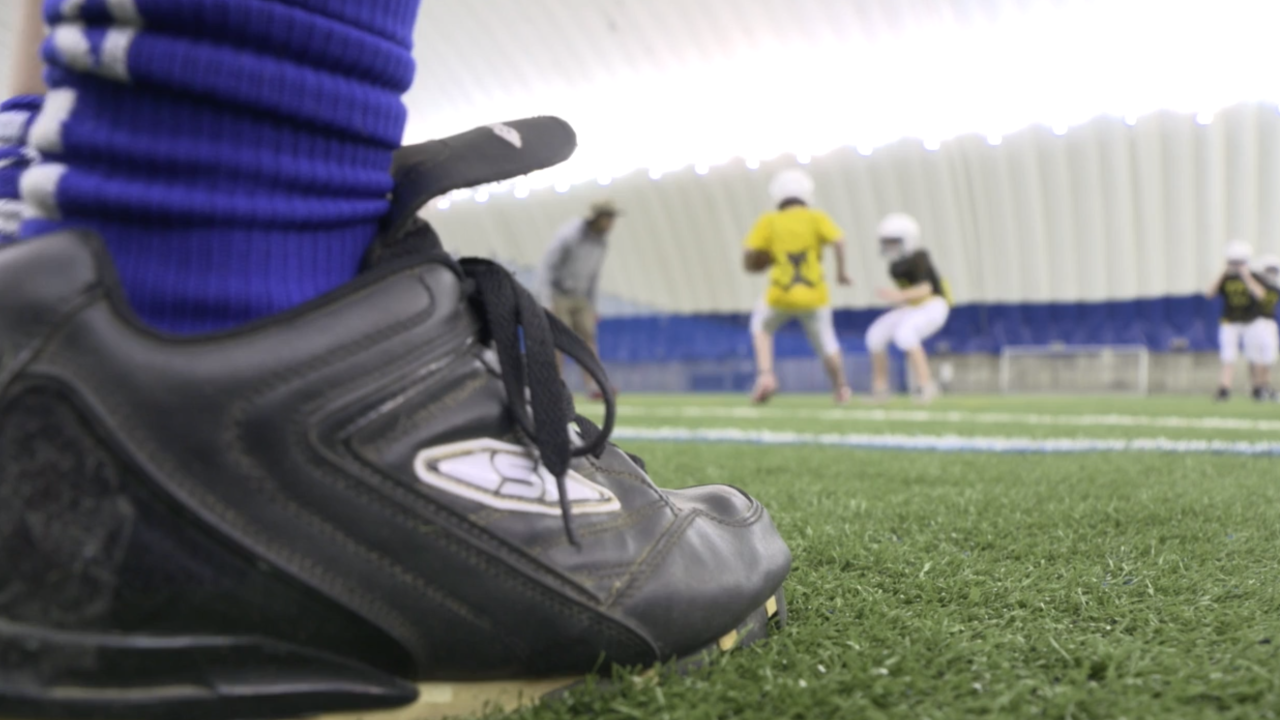 Despite being the most watched sport in the country, fewer young people are playing tackle football.

And while 7th grader Andrew Ek dreams of playing in the NFL, Brigid Ling worries about what the sport can do to Andrew’s and her own son’s brains.

“When our oldest son was 8 he was begging us to move on from flag football to play tackle,” Ling said. “And we just weren’t ready for him to play tackle football at that age.”

A new survey found participation in tackle football for kids 6 to 12 years old, dropped more than 17 percent over the past five years.

A big reason for the shift: brain injuries.

After more than a decade of research, there’s hard evidence of a direct link between football and CTE - a brain disease caused by repeated hits to the head.

“We just felt there had to be a good interim step for kids to play,” Ling said.

So rather than find a new sport for their son to play, Ling and her husband created one.

“We created TackleBar as a way to allow kids to make a transition step from flag football to tackle football,” she said.

In TackleBar, players hit but they don’t tackle each other to the ground.

The goal is to wrap up and rip off foam bars harnessed on other player’s lower backs.

“Playing football in Oakland, man, you got guys like Marshawn Lynch out there in your league,” U’u said. “We’re just little kids just cracking heads every single play.”

Earning a football scholarship to the University of Minnesota, U’u knows about the sport’s rewards.

“You become nauseated to the point where you feel like you’re going to throw up and maybe you do throw up,” he said. “And then you feel like you want to cry but you can’t because you’re so confused. It’s a very bizarre feeling.”

Neurosurgeon and University of Minnesota researcher Uzma Samadani says TackleBar is much safer than both tackle and even flag football, and she has the research to prove it.

“We published this paper in the Orthopedic Journal of Sports Medicine,” she said. “Basically, what we found was that the injury rate was seven-fold lower in the TackleBar kids versus the other kids”

For two seasons, Samadani tracked 1,000 football players ages 9 to 15, and her findings showed a big spike in safety.

“Now that we understand that the chronic effects of neurotrauma exist and they’re very serious we have to prevent it from happening in the next generation,” she said.

“Last year we were over 8,000 kids in over 200 communities,” said TackleBar CEO Tim Healy.

Healey says they plan on continuing to expand to teams across the country with the hope that TackleBar can reverse the trend and ultimately bring kids back to old-school football – when they’re ready.

“It pains me when I see these schools where the numbers are down so much,” he said. “This is a way we can save the game.”