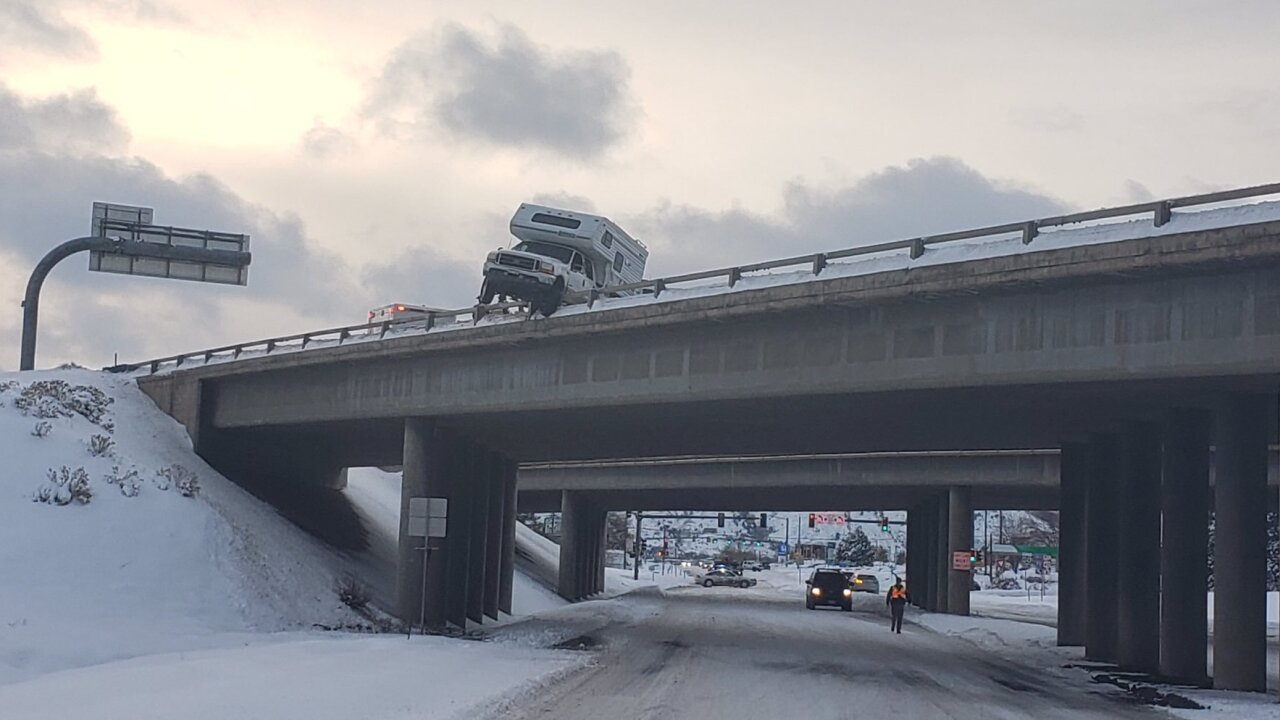 GOLDEN, Colo. – A person driving a pickup truck with a camper attached to its back nearly slid off an Interstate 70 overpass Tuesday afternoon.

The crash, which forced the closure of the eastbound lanes of I-70 in Golden, Colorado, was reported just after 4 p.m.

Video from a Colorado Department of Transportation (CDOT) camera in the area showed the camper with nearly half of its body dangling from the overpass on the right guard rail of the highway.

Crews used a combination of cranes and other equipment to get the camper off the guard rail and onto the highway before the vehicle was towed and removed from the overpass.

The driver of the camper, who was not immediately identified, was being held on suspicion of DUI, according to a Colorado State Patrol spokesperson. No one was injured.

The eastbound lanes of I-70 ta Colfax Ave. were reopened just before 6:30 p.m.

Emergency crews were kept busy responding to several crashes and slide-offs on Colorado roads Monday night and Tuesday as a winter storm dumped nearly 3 feet of snow in some areas. At least one person died in a multi-vehicle crash on Interstate 70 early Tuesday morning.

This article was written by Óscar Contreras for KMGH.