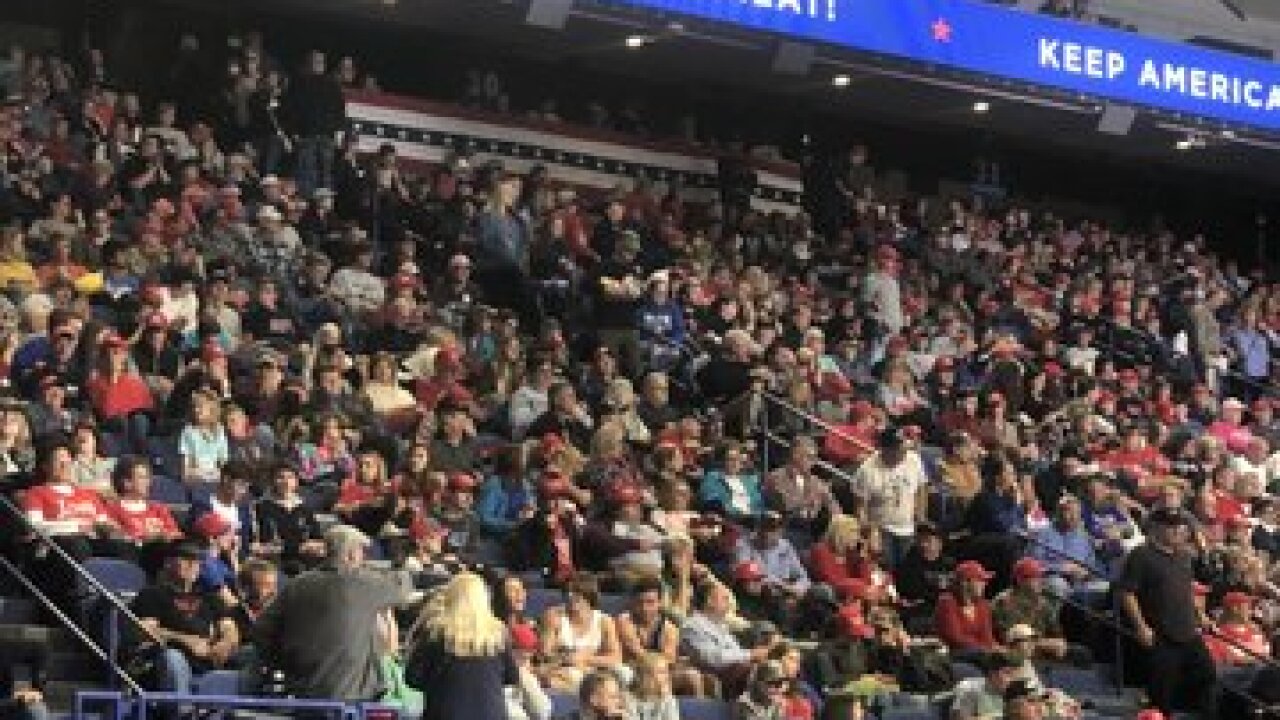 Reporters at the Kentucky Kernel, The University of Kentucky's student-run newspaper, were denied access to the presidential rally at Rupp Arena according to an article from the media outlet.

Staffers at the Kernel say they were denied access Monday over a week after they applied for media credentials.

No reason was given for the denial, the paper reports.

The Kentucky Kernel recently won a national Pacemaker award for journalism, so the paper's adviser says he is baffled.

"It's a shame that the Trump campaign does not take the Kentucky Kernel seriously, since we literally found this out while coming back from winning a national Pacemaker award for journalistic excellence," Adviser Ryan Craig said.

The Transy Rambler was also denied media access to cover the rally. A tweet said staffers received an email from Trump's Press Office over the weekend, rejecting the credentials for two student editors.

As with the Kentucky Kernel, they say no reason was given for the denial.

This article was originally published by WLEX TV.