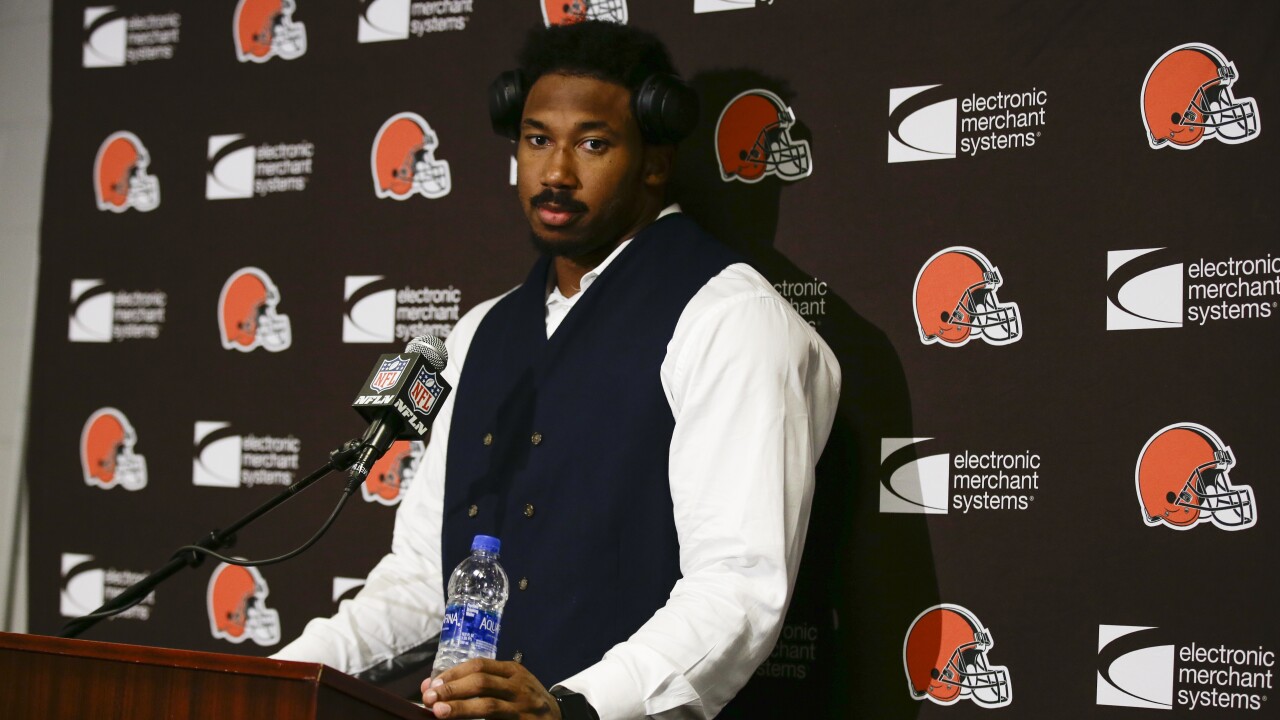 A host for a Cleveland sports radio show spotted Myles Garrett doing something everyone in Cleveland has come to associate him with over the years: Myles just being Myles doing an act of kindness.

Jonathan Peterlin, host and anchor for sports radio show 92.3 The Fan, spotted Myles walking in downtown Cleveland, by himself, doing what Myles does best: being nice to strangers.

On Monday, Peterlin took to Twitter to post this discovery, one that has received more than 11,000 likes and 1,200 retweets.

Just passed Myles Garrett downtown by himself on Euclid spending time talking to a homeless guy. No clue if the guy knew who he was, but #95 seemed to be in no hurry to leave the convo #Browns

He was spending his newly found extra free time talking to a homeless guy on Euclid Avenue.

In a follow up tweet, Peterlin spotted Garrett talking to fellow passengers at Cleveland Hopkins International Airport on Tuesday, a day before his appeal hearing in New York.

Update: Myles has arrived at Hopkins for the flight to NY for his appeal. Said to be friendly and talking with other travelers #Browns pic.twitter.com/c7YFXtrhkU

Since the announcement of his suspension, Clevelanders have showed outpouring support for Garrett because at the end of the day, the Myles that Cleveland knows and loves is one that hand delivers a signed jersey to a fan, creates a meet-and-greet with puppies and even buying a fan a new phone because he couldn't afford one.

While one incident caught on national television may be hard to forget, Northeast Ohio, a place where second chances are given, seems to be standing behind on Garrett.

This article was written by Kaylyn Hlavaty for WEWS.